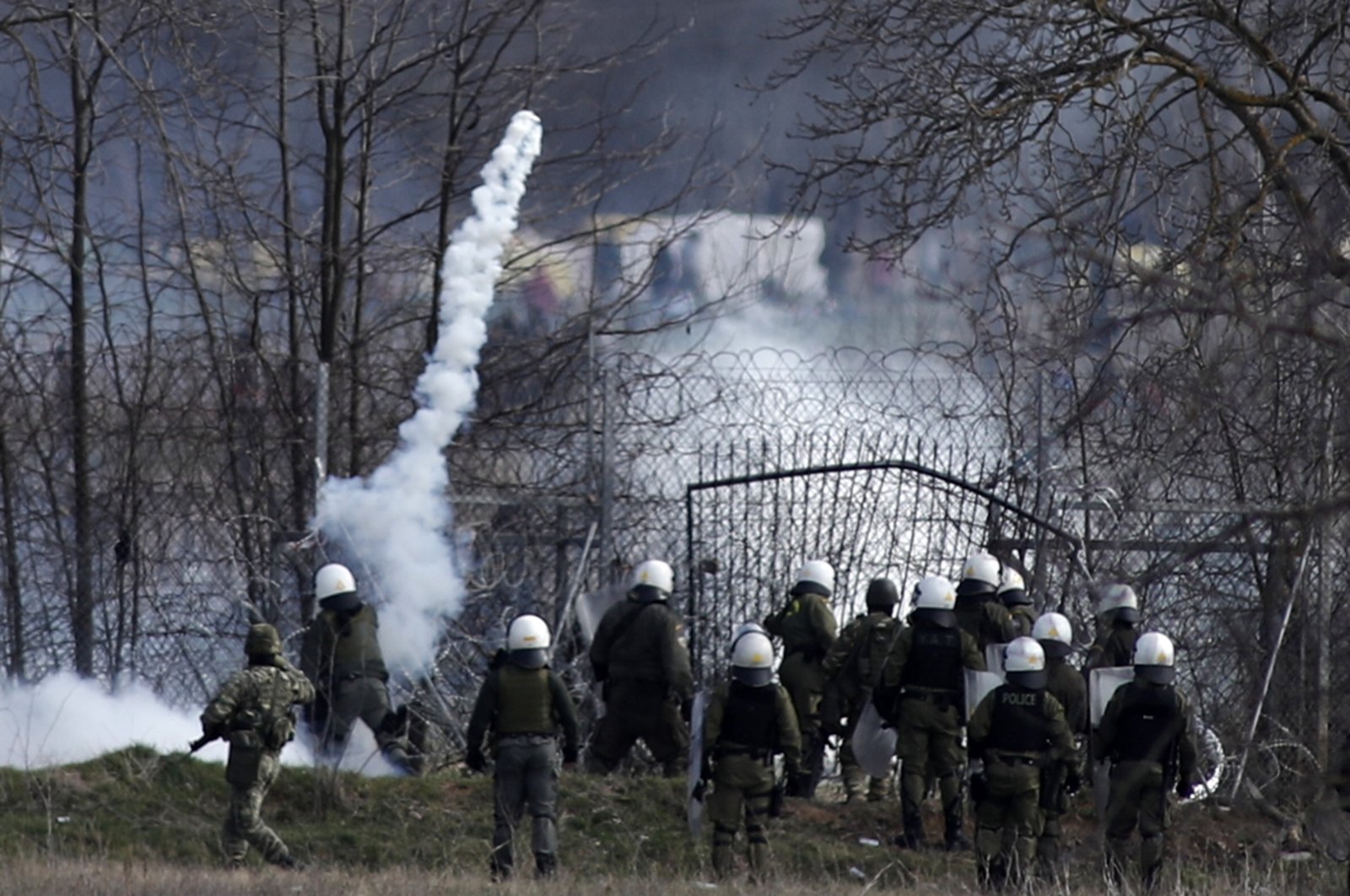 Greek police guard as migrants gather at a border fence on the Turkish side, during clashes at the Greek-Turkish border, Mar. 7, 2020. (AP Photo)
by Anadolu Agency Mar 10, 2020 12:07 pm
RECOMMENDED

The Organisation of Islamic Cooperation (OIC) urged that the safety of asylum seekers at Greece’s borders be ensured in line with laws on human rights.

Greek officials' announcements that asylum seekers will be pushed back is in violation of human rights and European Union law, a statement by the OIC’s Human Rights Commission said.

Referring to the Universal Declaration of Human Rights Article 14, the statement said, "Everyone has the right to seek and to enjoy in other countries asylum from persecution."

"The commission supports the U.N. Refugees High Commission's statement on March 2, 2020, which calls for the states to not suspend applications by asylum seekers, who are under protection according to the U.N.’s 1951 Refugee Convention,” it added.

“States also have the responsibility to not discriminate between asylum seekers based on their religious views. The only way to solve the asylum seekers' crisis, in the long run, is to respect human rights law. We invite OIC countries and the international community to support asylum-seekers and provide services for them," the statement added.

The OIC's Human Rights Commission has members from 18 countries, including Hacı Ali Açıkgül of the Justice Ministry’s Human Rights Division.

Late last month, Turkey announced it would no longer stop asylum seekers from reaching Europe by land while banning sea crossings as too dangerous.

In making the decision, Turkey complained that the EU had failed to keep its pledges under a 2016 deal on migrants and warned of a new refugee wave coming from the embattled province of Idlib, Syria, along Turkey's southern border.

Thousands of asylum seekers have since flocked to Turkey’s Edirne province, which borders Greece and Bulgaria, to make their way to Europe.

Turkey has also criticized what it calls Greek authorities’ brutality toward the asylum seekers at the border.

Turkey, which already hosts nearly 4 million Syrian migrants, more than any other country in the world, has said it would be unable to absorb yet another refugee wave.

Escalating attacks by the Bashar Assad regime and its allies in Idlib, Syria have sent a fresh wave of refugees toward Turkey's border.