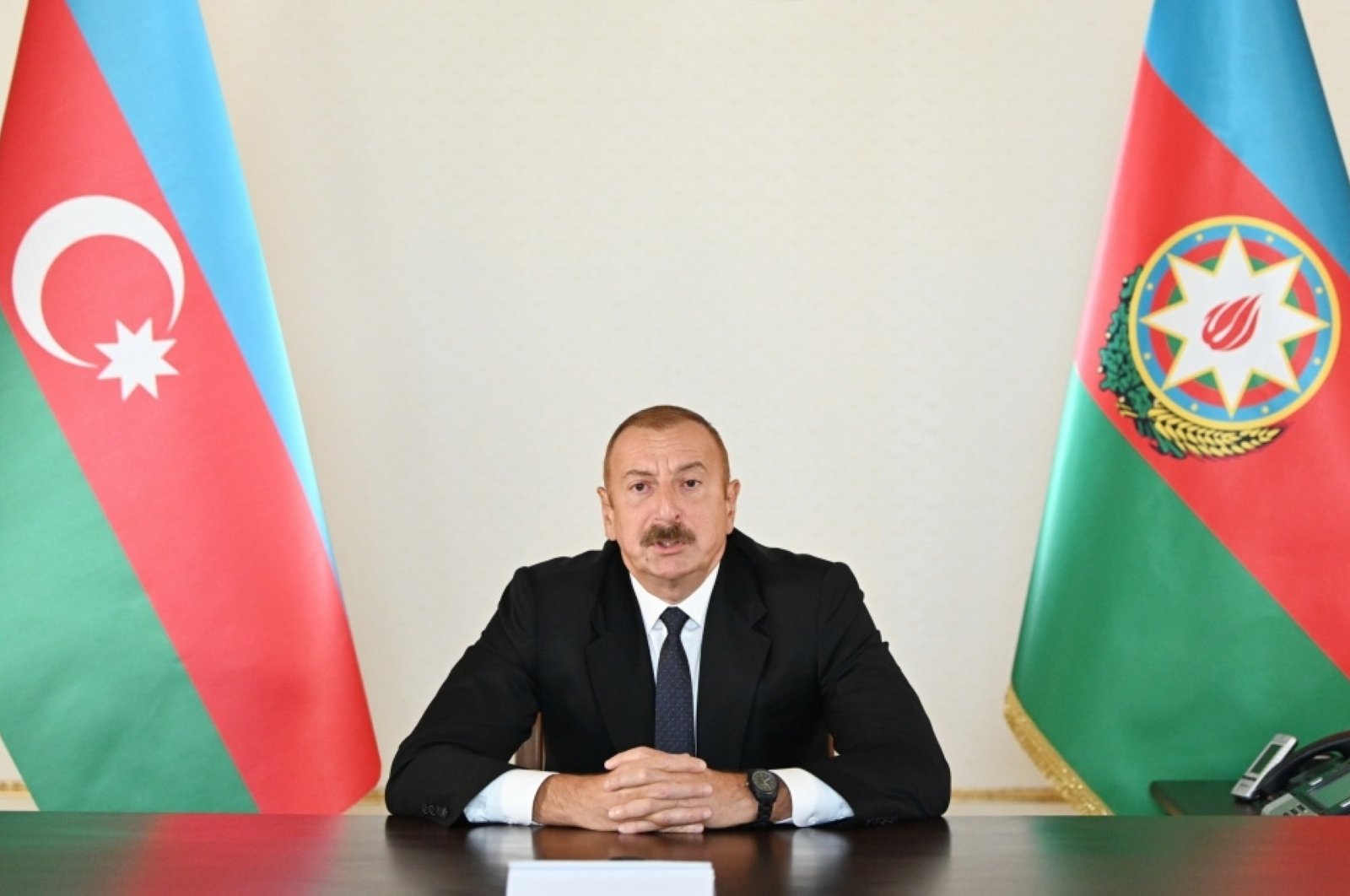 Azerbaijani President Ilham Aliyev highlighted Baku's determination to liberate Nagorno-Karabakh from Armenian occupation, as he criticized the international community for failing to take any action against Yerevan's aggression.

"Nagorno-Karabakh is Azeri territory. We must return, and we will return," he said, adding that Azerbaijan had waited 30 years to recover its lands.

"Baku's repeated calls for sanctions on Armenia went unheard," Aliyev said in a TV address, as he said his country demands to know why the Organization for Security and Co‑operation in Europe (OSCE) and the European Union did not punish Armenia for its crimes.

"Karabakh is ours; Karabakh is Azerbaijan," Aliyev said, adding that Baku’s only condition was the liberation of its territories from occupation.

He continued by saying that Armenia must accept that Karabakh did not belong to it and set a timetable for the withdrawal of its occupation forces.

Aliyev also congratulated the people of Azerbaijan on the liberation of the city of Jabrayil from Armenian occupation and set several conditions to end military operations, including the withdrawal of Armenian troops from occupied territories.

He vowed to rebuild all of the cities that were liberated, including restoring all mosques that were damaged by Armenian forces.