Nagorno-Karabakh issue can only be solved if Armenia's occupation ends, presidential spokesperson says 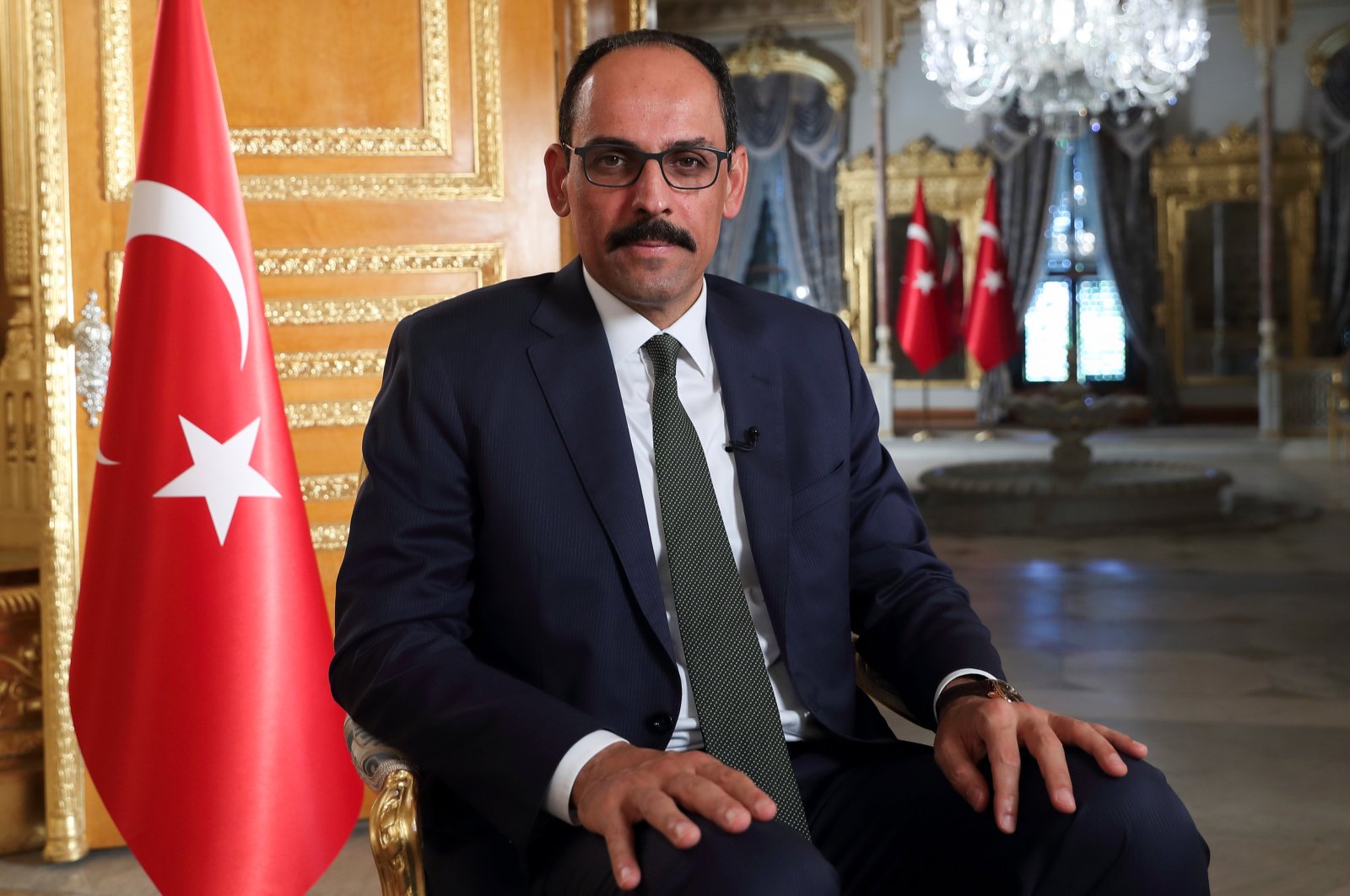 Answering Sabah daily’s questions, Presidential Spokesperson Ibrahim Kalın pointed to the one and only solution to end tensions in the Caucasus: the end of Armenia's illegal occupation of Azerbaijani territory

Presidential Spokesperson Ibrahim Kalın gave an interview to Sabah daily on Wednesday, underlining the fact that the only solution to the recent tension between Azerbaijan and Armenia is the end of the illegal occupation of the Nagorno-Karabakh.

“Turkey will stand together with Azerbaijan, both in politics and other fields. The issue of Nagorno-Karabakh will only end if the Armenian occupation comes to an end. Without this, the cease-fire and negotiations will only serve as temporary solutions,” he said.

“Unfortunately, the fact that the Minsk Group has failed to produce a solution for this issue for nearly 30 years shows that this problem is crucial. A cease-fire without discussing the end of Armenian occupation will mean repeating what happened for the last 30 years,” Kalın underlined.

Co-chaired by France, Russia and the United States, the Minsk Group, set up in 1992 by the Organization for Security and Co-operation in Europe (OSCE), was formed to find a peaceful solution to the conflict but to no avail. A cease-fire, however, was agreed upon in 1994.

The spokesperson also emphasized the strong bonds between Turkey and Azerbaijan.

“We have a military and security agreement with Azerbaijan. Besides, we have a very special relationship with Azerbaijan, as we act within the mentality of ‘one nation, two states.’ We have taken a clear stance regarding Armenia’s attacks that violate international law. We are with Azerbaijan today, and we will continue to be so. The fact that Turkey stands with Azerbaijan is crucial for the region’s stability. Because it is Armenia which unilaterally violates international law and attacks Azerbaijani territories,” he added.

“As a sovereign nation, Azerbaijan can sign such agreements with any country it wants, purchase defense equipment. But we have a very complex and deep military cooperation deal. That’s nothing new,” Kalın stated.

“The Minsk Group is not neutral in the issue of Azerbaijan and Armenia. There are two big Armenian diasporas in the world, one in France and one in the United States. These lobbies are effective in relative countries’ policies. It is very hard to say that France and the U.S. act without being under influence of those diasporas. We expect France to undertake a neutral, constructive role. The international community should clearly see how crucial it is to end the Armenian occupation and find a solution. The Minsk Group, especially, should work on the solution with a neutral stance,” he said.

Kalın added that ending the occupation will also benefit Armenia.

“When you think about it for the long-term effects, ending the occupation is for Armenia’s own good too. When it does this, it will enrich its own economy through economical integration and one of the most important clashes in the world will end. This occupation does not help Armenia in any way,” he said, adding that the most rational thing to do for Armenia will be normalizing relations with Turkey and Azerbaijan.

“But they do not think this way for now. If you ask me, they are harming themselves. After the occupation of Nagorno-Karabakh ends, everything will be discussed through negotiations,” he added.

'We can discuss Azerbaijan-Armenia tensions with Russia'

Kalın also said that Turkey is willing to discuss the tensions in the Caucasus with Russia.

“As Russia has a serious influence over Armenia and has also military forces stationed there, we can also discuss this issue with them. As a member of the Minsk Group, Russia also has responsibilities. Saving the day should not be the focus. We should take steps to end this occupation if we want to have a future-proof vision,” he said.

'Greece should not waste this opportunity'

The spokesperson also touched on the tensions in the Eastern Mediterranean and the relations between Turkey and Greece. “Our President Recep Tayyip Erdoğan acted with true statesman reflexes and paved the way for diplomacy and negotiations. Greece should not waste this opportunity. The European Union countries should also take steps to further this opportunity,” he said.

On the other hand, Kalın also said that the date for Turkey-Greece negotiations is not set yet.

“We also want to observe the outcomes from the EU summit,” he said, adding that some European officials’ calls for sanctions against Turkey, allegations and other untrue remarks are not acceptable.

'Sanctions will sabotage the process'

“We do not expect that the EU summit will decide to sanction Turkey. If that happens, this will sabotage the process. There are four main topics that our president has set when talking to the EU leaders: strengthening of the customs union, updating the Turkey-EU migration deal, lifting of visas and the organization of an Eastern Mediterranean or a Mediterranean Economic Cooperation Conference with the attendance of countries that have coasts on the sea,” he said.

Kalın added that turning a new page in relations between Turkey and the EU is not impossible, but the latter should undertake its responsibilities first.

“We will see how the EastMed Gas Forum will shape up and where it will head to. But as all experts say, a model excluding Turkey is not possible. Everybody knows this. We can also get in touch with Egypt and Israel within the scope of the economy-energy cooperation. There is no obstacle to that. Everyone will benefit from it,” Kalın added, saying that different alternatives will also be evaluated.

Kalın also said that Turkey is ready to restart negotiations for the purchase of EUROSAM’s missile defense systems, adding that the issue was highlighted in the talks between Erdoğan and his French counterpart Emmanuel Macron.

“We can also add SAM-T missiles produced by EUROSAM to our inventory if they meet our needs and interests. In the latest talks with Macron, this issue was discussed. In the talks, Macron said that they paused the process but it is time we restarted it, and our president replied positively,” Kalın concluded.