New era can begin between Turkey, US on Libya, Erdoğan says 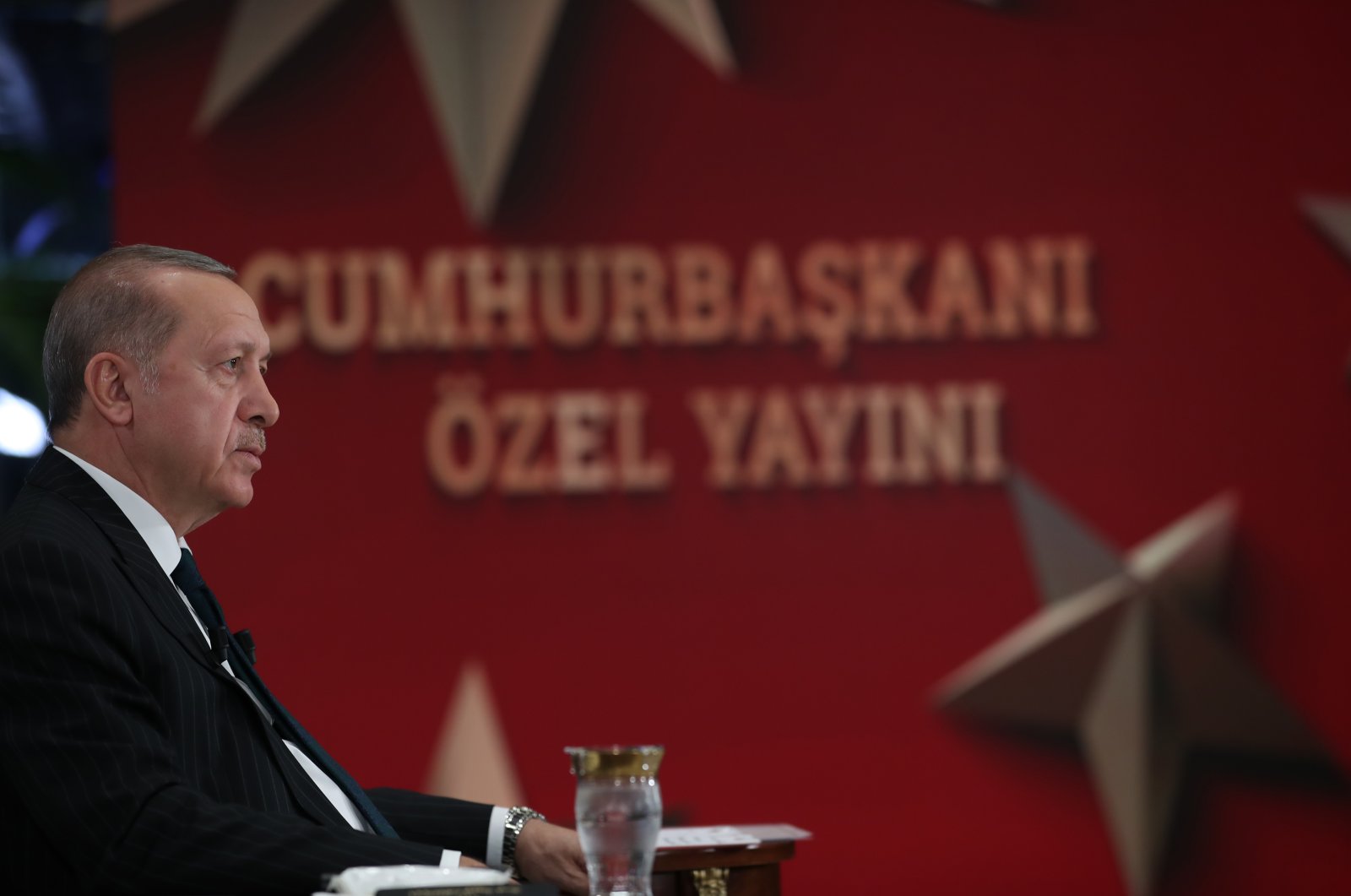 New developments may emerge between Turkey and the U.S. in terms of Libya, President Recep Tayyip Erdoğan said Monday evening.

"After talks with (U.S. President Donald) Trump on the transition process in Libya, a new era can begin between Turkey and the U.S.," Erdoğan said in a live interview with national public broadcaster TRT.

Earlier Sunday, Erdoğan discussed the conflict in Libya and cooperation opportunities with Trump. He said during the live interview that he would discuss the issues in Libya with his Russian counterpart Vladimir Putin as well.

"Turkey stands by Libya's United Nations-recognized government against putschist (Khalifa) Haftar and those supporting him," he said, adding that recent developments have shown Haftar could be excluded from the process regarding peace and stability in Libya.

Russia as well as the United Arab Emirates and Egypt have been Haftar's strongest backers, and Moscow on Saturday announced its support for a cease-fire in Libya which was signed by Haftar after his forces faced heavy losses.

Regarding the coronavirus pandemic, Erdoğan said Turkey has helped 102 countries with aid and medical supplies to fight outbreaks of the virus.

The president said that the country's investments in these new hospitals will serve to boost health tourism and close the seasonal tourist gap caused by the delayed start to the tourism season amid restrictions to stem the spread of the virus. Patients have started to arrive from abroad for medical treatment in Turkey, he added.

Erdoğan said the government plans to establish a "health valley" in the capital Ankara as a result of the large investments in the health sector.

Russia and the U.K. have named Turkey among destinations where their citizens can travel, Erdoğan said, adding: "Germany is resisting. I will discuss the issue with Chancellor (Angela) Merkel in the coming days."

Erdoğan touched on the protests that have spread across the U.S. and the world over the murder of an unarmed black man by a white policeman in Minneapolis.

"The murder of George Floyd is a manifestation of a racist approach. It is not a situation that any person with a conscience can accept," he said.

Erdoğan was also asked about tensions in the Eastern Mediterranean as well as the conflict and displacement crisis in northern Syria.

"Everyone should know that Turkey will make no compromise regarding its licensed areas in the Eastern Mediterranean," the president said.

Regarding Syria, he said Turkey plans to build 50,000 briquette houses in northwestern Idlib, where nearly a million displaced Syrians have fled to escape attacks by the Bashar Assad regime.