Northern Cyprus’ cause is Turkey’s national cause: Parliament Speaker 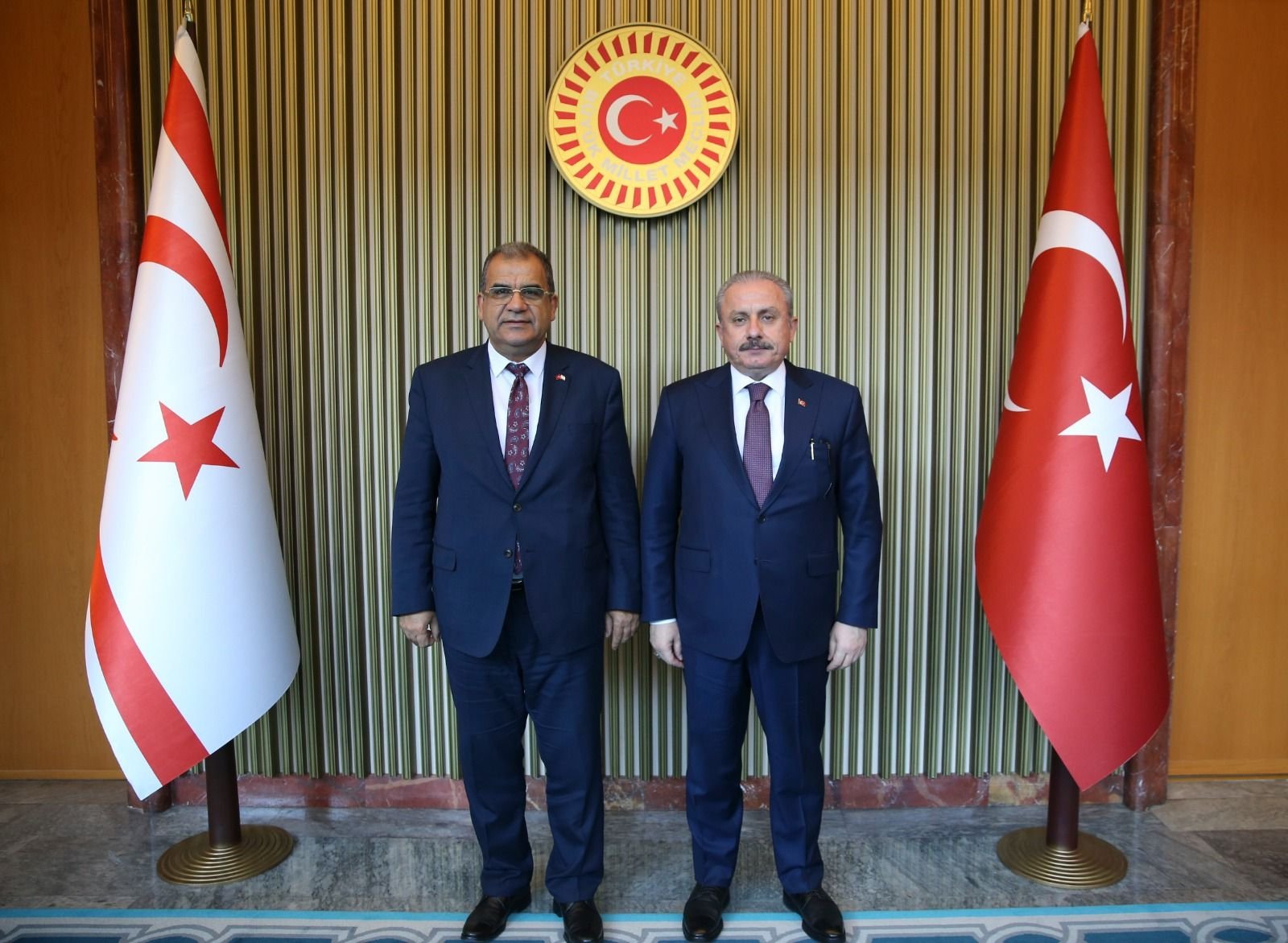 The cause of Turkish Cypriots and the Turkish Republic of Northern Cyprus (TRNC) is also the national cause of Turkey, the Turkish Parliament Speaker Mustafa Şentop said Thursday, reiterating Ankara’s stance on the Cyprus issue.

"Everyone in Turkey agrees on the TRNC. We always support and will continue to support the TRNC under all circumstances," Şentop said after receiving Turkish Cypriot lawmakers and Prime Minister Faiz Sucuoğlu at Turkey's Parliament in the capital Ankara.

"Undoubtedly, this is not just an issue of sentiment. The cause of the TRNC is our national cause," said Şentop, underlining that the Turkish Cypriot cause is built on justified legal, political and historical foundations.

Though political parties in the Turkish Parliament have their differences on a number of issues, support for the TRNC is where those differences are put aside and they show a united front, he added.

Sucuoğlu, for his part, said Turkey and the TRNC were "two states, but one nation" and stressed that Ankara has unconditionally provided all manner of assistance to the Turkish Cypriots, regardless of the circumstances.

On the other side, Sucuoğlu said the TRNC expects to be recognized by Azerbaijan, underlining the deep cultural and historical ties.

"Our expectation, especially as brothers, is that Azerbaijan, with whom we come from the same roots, speak the same language and share the same religion, will recognize the Turkish Republic of Northern Cyprus, which will be an important step," Sucuoğlu told Anadolu Agency (AA).

Sucuoğlu reiterated that there would be no federal solution to the on-and-off peace process on the island, "so we have given our decision on it."

"From now on, there will be the status of two sovereign, equal states (on the island)," he said.

"On this issue, there is our President Ersin Tatar's upright stance and Turkish President Recep Tayyip Erdoğan's incredible support."

Erdoğan on Thursday criticized the European Union for disregarding the rights and people of the TRNC, minding only the Greek Cypriots.

Regarding the bloc’s policies on Cyprus, Erdoğan, speaking to ambassadors of the bloc in the capital Ankara, said the EU needs to fulfill its pledges made in 2004 and adopt a neutral stance.

He continued by calling on the bloc to stop "acting like spokespersons of the Greek Cypriots" and ignoring the rights of Turkish Cypriots on the island.

"They will know that if they slap, they will be punched. This is how the motherland (Turkey) protects us. Therefore, we are very comfortable with this direction in the TRNC, because we know that behind us, there is the huge power of 84 million (Turkish people)," he said.

The island of Cyprus has been mired in a decadeslong struggle between Greek and Turkish Cypriots, despite a series of diplomatic efforts by the U.N. to achieve a comprehensive settlement. Five decades of Cyprus talks have yielded no results.

The island has been divided since 1964 when ethnic attacks forced the Turkish Cypriots to retreat into enclaves for their safety. In 1974, a Greek Cypriot coup aiming at Greece's annexation led to Turkey's military intervention as a guarantor power. The TRNC was founded in 1983.

The Greek Cypriot administration, backed by Greece, became a member of the EU in 2004, although in a referendum that year most Greek Cypriots rejected a United Nations settlement plan that envisaged a reunited Cyprus joining the bloc.

Sucuoğlu also pointed to the importance of energy resources in the Eastern Mediterranean.

"Cyprus is an unsinkable aircraft carrier. Whoever dominates Cyprus is the one who dominates the Middle East and North Africa. There are the TRNC and the motherland. Turkish Cyprus will continue its struggle in this direction until the end," he added.

Ankara has repeatedly stressed that it is in favor of resolving all outstanding problems in the region, including maritime disputes, through international law, good neighborly relations, dialogue and negotiations.