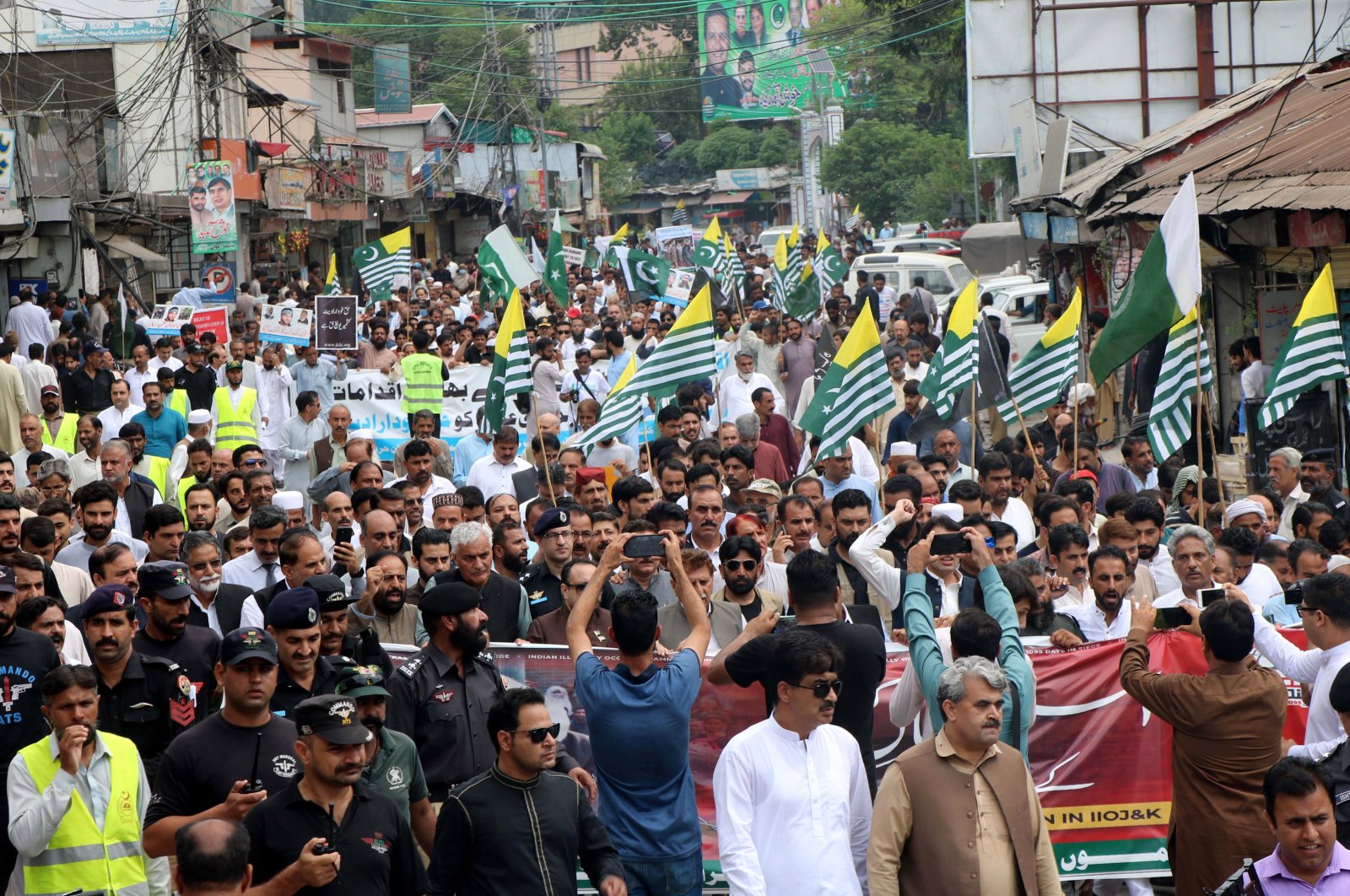 Kashmiris are seen during a protest to show solidarity with Kashmiris living in Indian-administered Kashmir as they observe Youm-e-Istehsal (Day of Exploitation) in Muzaffarabad, the capital of Pakistani administered Kashmir, Pakistan, 05 August 2022. (EPA)
by Anadolu Agency Aug 05, 2022 1:38 pm
RECOMMENDED

Pakistan's ambassador to Ankara said on Friday that Kashmir was a political and humanitarian issue, as well as one of peace and security, as it pits two nuclear-armed nations against each other.

Muhammad Syrus Sajjad Qazi made his remarks at an event held at the Pakistani Embassy in the Turkish capital Ankara to mark the third anniversary of Youm-e-Istehsal, or Day of Exploitation, which was attended by officials, journalists and diplomatic representatives.

Qazi acknowledged Turkey's position on the dispute, saying the rest of the world should use its stance as a model.

The Pakistani administration declared Aug. 5 as Youm-e-Istehsal to protest New Delhi's actions in Indian-administered Jammu and Kashmir, which Islamabad claims are aimed at changing the demography of the Muslim-majority state.

On Aug. 5, 2019, the Indian government revoked Article 370 and other related provisions from its constitution, stripping the state of its autonomy. The valley was also split into two federally administered territories.

Simultaneously, it locked the region down, detained thousands of people, imposed movement restrictions and enforced a communications blackout.

Messages were also read from Pakistan's president, prime minister and foreign minister, who expressed their solidarity with the people of Kashmir and urged the international community to take the necessary steps to ease their suffering.

Some Kashmiri groups have been fighting against Indian rule for independence, or for unification with neighboring Pakistan.