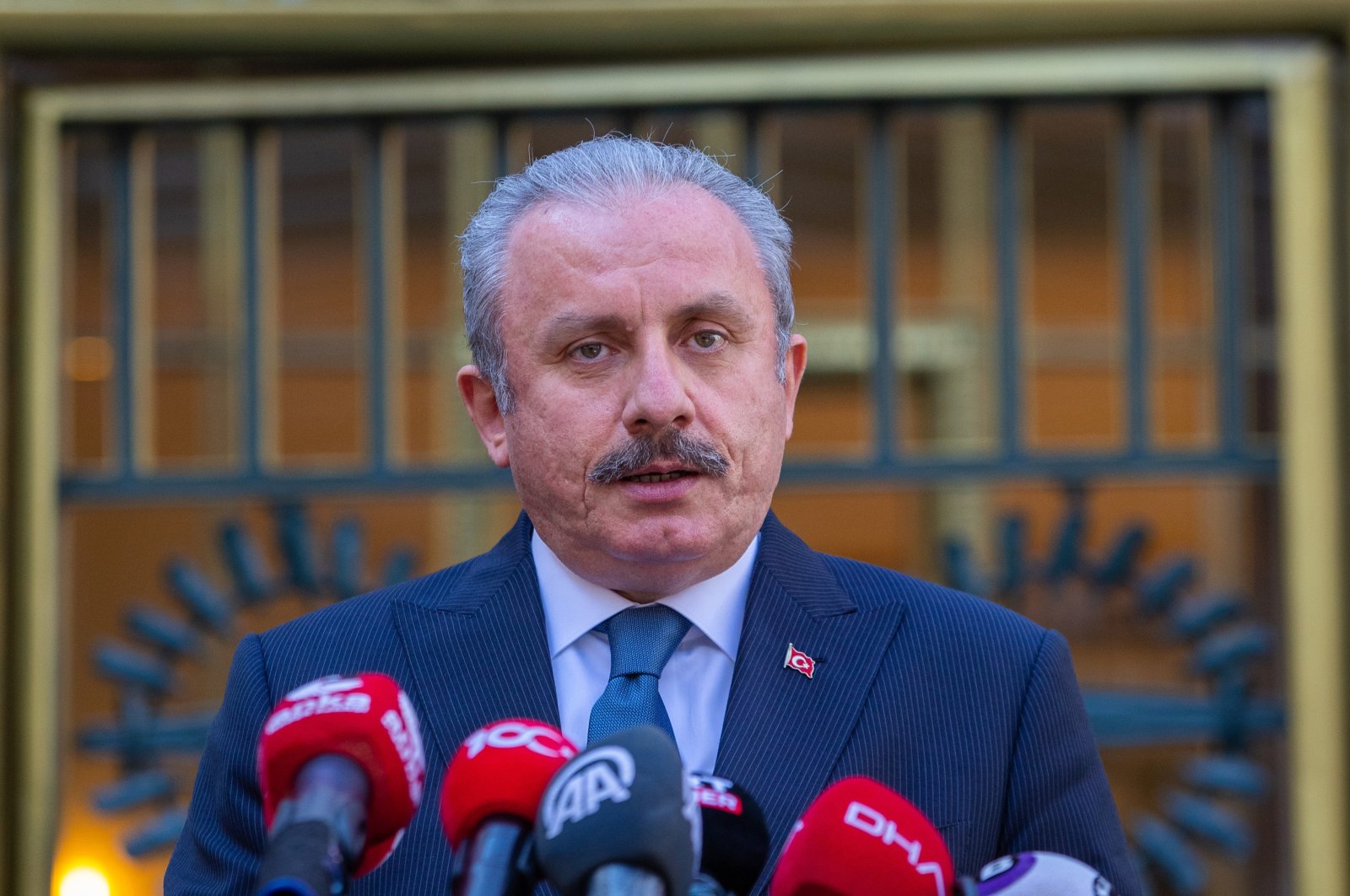 Turkey's Parliament Speaker Mustafa Şentop speaks to reporters at a news conference in front of the parliament in Ankara, Turkey, April 20, 2021. (Sabah Photo)
by Anadolu Agency May 18, 2021 9:06 am
RECOMMENDED

Turkey's Parliament Speaker requested his Icelander counterpart not to support the resolution on the 1915 incidents involving Armenians as "genocide."

Mustafa Şentop sent a letter to Steingrimur Sigfusson on Monday, saying that the draft resolution submitted in Iceland's parliament was built on groundless allegations.

"I learned that a draft resolution, which built on groundless allegations and aimed at recognizing the events of 1915 as genocide, has been submitted to your parliament. It is obvious that such unfounded attempts, which we know that they emerged with the provocation of some circles, will result in nothing but shadowing the good relations that exist between our countries," Şentop said in the letter.

He said that considering both historical facts and legal norms, it is not possible to relate these events to any genocide.

"I believe that we should not allow this controversial historical issue, which is not under the jurisdiction of the parliaments, to affect our bilateral relations and cooperation," he emphasized.

Turkey's position on the 1915 events is that the death of Armenians in eastern Anatolia took place when some sided with invading Russians and revolted against Ottoman forces. A subsequent relocation of Armenians resulted in numerous casualties, compounded by massacres committed by militaries and militia groups of both sides. The mass arrests of prominent Ottoman Armenian politicians, intellectuals and other community members suspected of links with separatist groups or of harboring nationalist sentiments and hostility toward the Ottoman rule took place in then-capital Istanbul on April 24, 1915, a date commemorated as the beginning of later atrocities.

In 2014, President Recep Tayyip Erdoğan, who was the country's prime minister at the time, expressed condolences to the descendants of Armenians who lost their lives in the events of 1915.