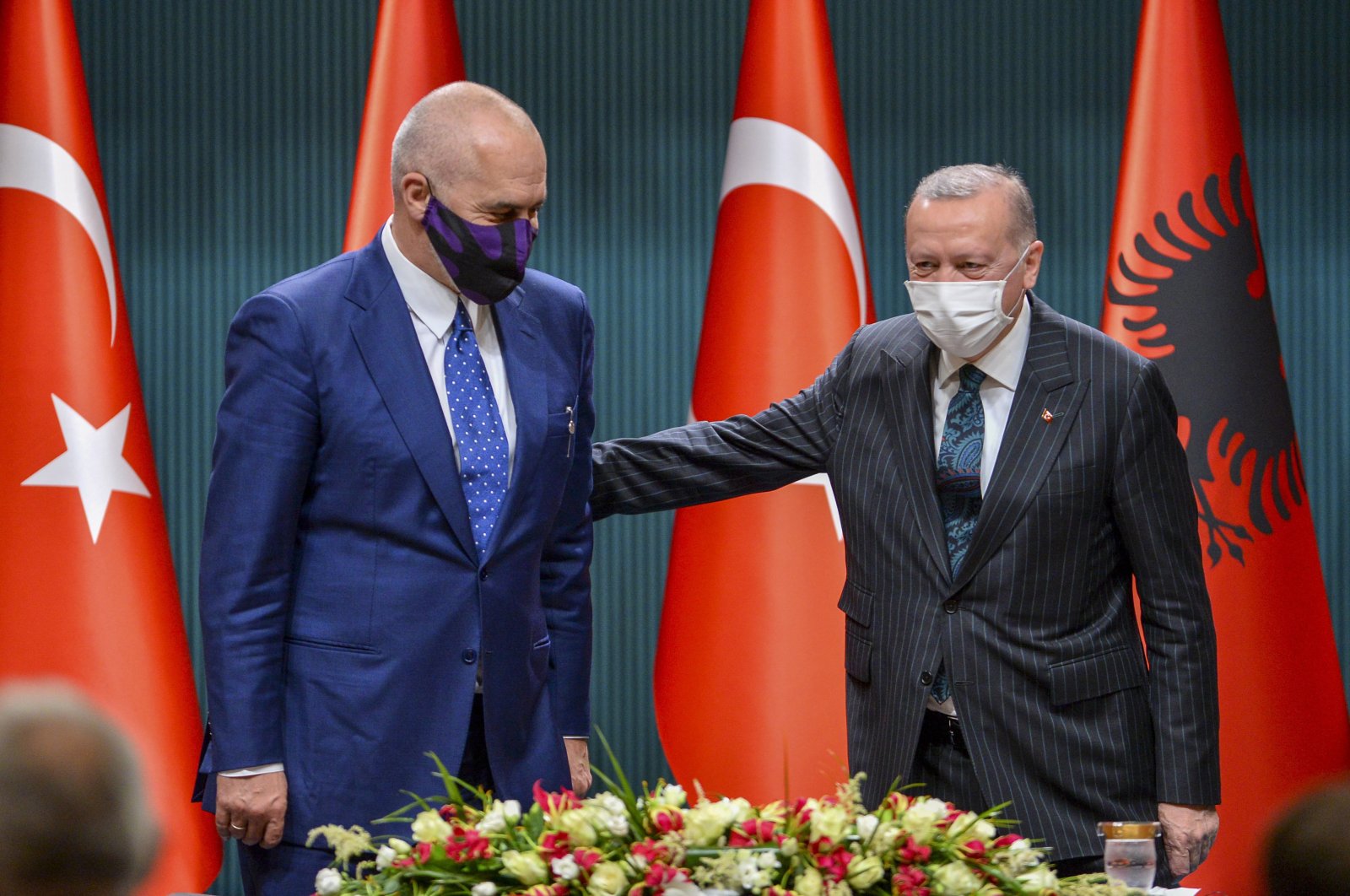 Turkey's presidential spokesperson on Friday underlined the importance of peace and stability in Albania for Turkey and the Balkans.

"So it is in our common interest to strengthen Albanian security authorities against terrorism, human trafficking, drug trafficking or similar crimes," said Kalın.

He said he met Albanian Prime Minister Edi Rama and discussed bilateral relations and regional issues and noted that Rama's visits to Turkey were extremely productive.

He said the two countries held official talks for Turkish President Recep Tayyip Erdoğan's preparations for an Albanian visit in the coming months.

Albania has deep historical roots and relations with Turkey, he said, adding that both countries are working closely on trade to security cooperation and regional issues.

He also drew attention to the important work Ankara carried out with Albanian authorities as part of fighting the Gülenist Terror Group (FETÖ).

Noting the maintenance of peace and stability in the Balkans, cooperation as part of NATO and global issues with the EU are on their agenda, Kalin said: "Turkey, Albania relations continue to gain new momentum by getting stronger every year. Our efforts to expand and deepen these relations in different areas will continue intensively after that."

He stressed that cooperation would continue in strengthening infrastructure, health, trade, investment, security, education, culture, history and added that Turkish institutions have been operating in Albania for years.

Albania became the latest customer of Turkey's Bayraktar combat drone, which is already owned by Azerbaijan, Qatar, Ukraine and will be delivered to Poland under a recently inked deal. Albania’s interest in acquiring the Bayraktar TB2s became official after the country’s parliament allocated an additional budget of more than 8 million euros ($9.5 million) for such procurement. The approval came after Albanian Interior Minister Bledar Çuçi and military officials paid a visit to Turkey.