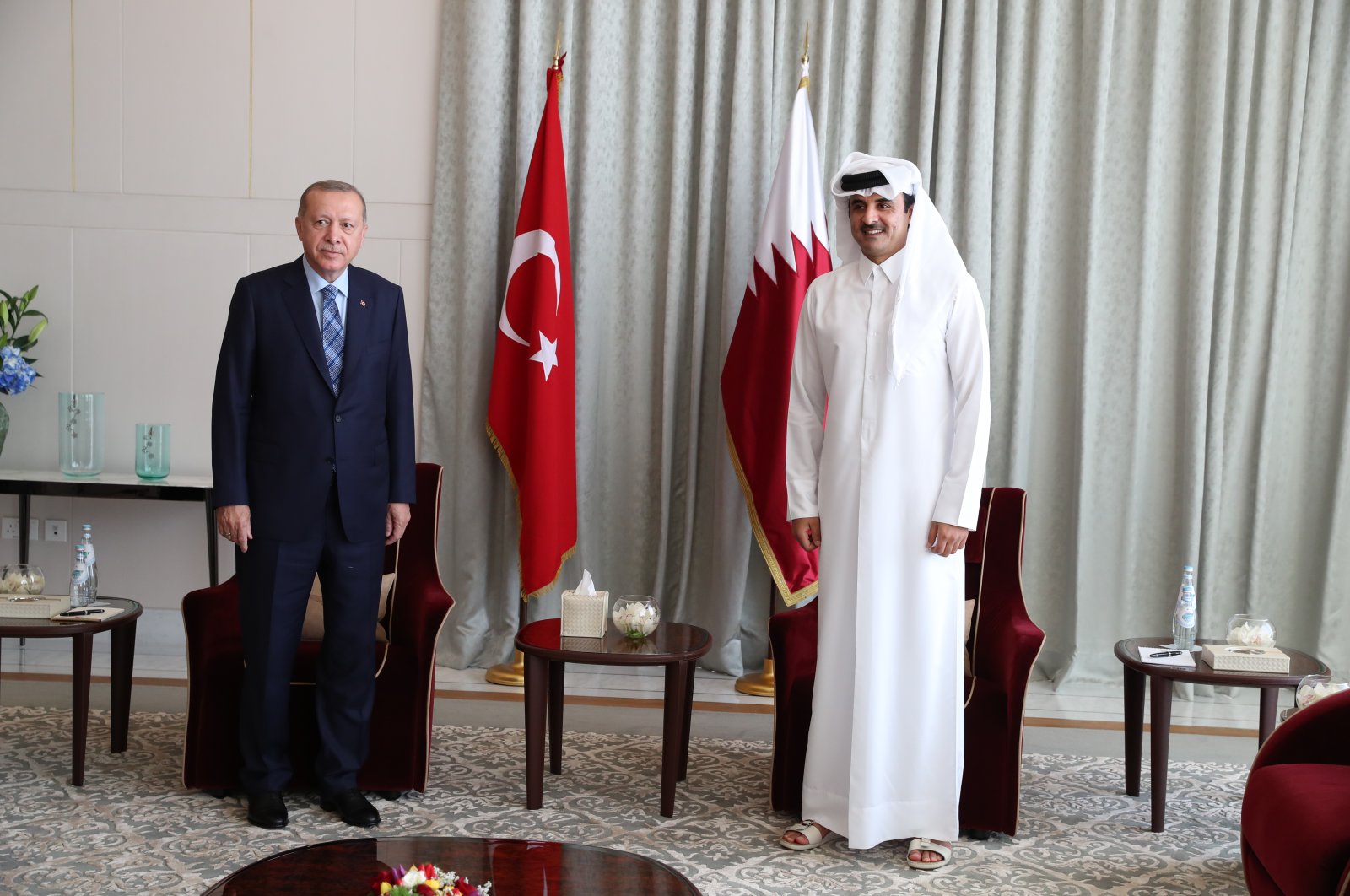 President Recep Tayyip Erdoğan arrived in Qatar for a daylong working visit on Thursday, his first overseas trip since the start of the COVID-19 pandemic.

Erdoğan and his delegation departed Turkey aboard a private plane on Thursday afternoon.

The two leaders are expected to discuss relations between the two countries.

They are also expected to exchange views on regional and international issues.

Turkey and Qatar have enjoyed strong relations, especially in the wake of the 2017 Gulf crisis in which Saudi Arabia, Egypt, the United Arab Emirates and Bahrain cut diplomatic and trade ties with their neighbor.

Turkey helped Qatar stand up to a blockade imposed by the other countries.

Erdoğan made his last international visit to Belgium on March 9, upon the invitation of the president of the European Council, Charles Michel.