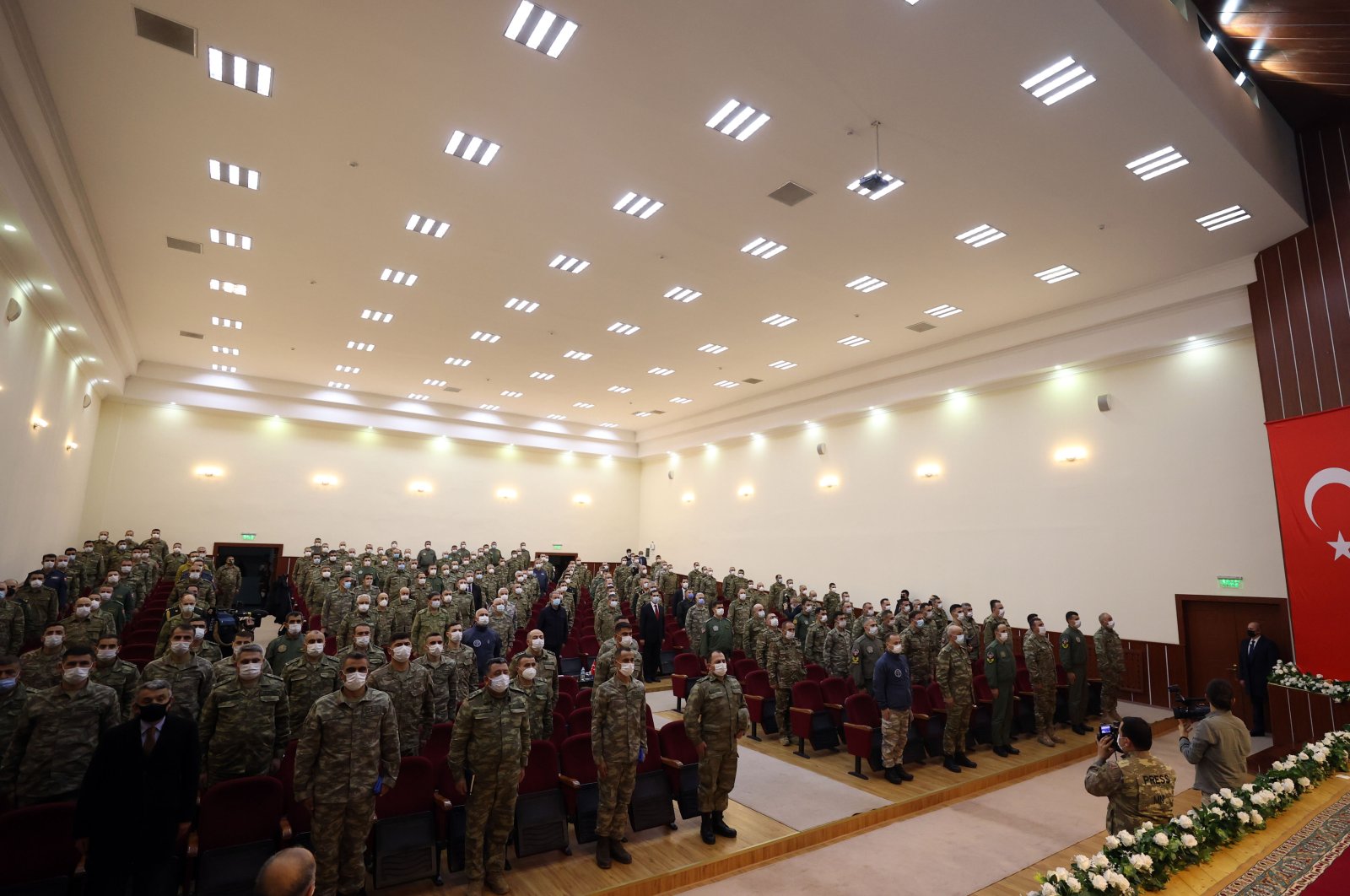 He delivered his message by phone as a high-level Turkish delegation headed by National Defense Minister Hulusi Akar visited the capital Baku.

"Dear members of our Turkish Armed Forces, dear heroes of the Azerbaijani army, I greet you all with my heartfelt feelings," said Erdoğan at a ceremony held for personnel of the Azerbaijani and Turkish forces who will serve at a center jointly run by Turkey and Russia.

"You have achieved an epic victory in 44 days under the leadership of my brother Ilham Aliyev, the president of dear Azerbaijan. This victory made us as happy and proud as our Azerbaijani brothers," he said.

"Brother Azerbaijan welcomed the Turkish Armed Forces with tears of joy, with prayers and with the same excitement on Dec. 10 as they had welcomed the Caucasian Islamic Army," Erdoğan said.

Erdoğan, who wished God's mercy on the heroes who were martyred in Operation One Homeland, one of the most important military and political developments in recent history, recalled the unity and togetherness that was seen in the liberation of Baku from occupation 102 years ago.

The Turkish president said they share a deep connection with the people of Azerbaijan as they are "two states, one nation." Therefore, he said, they share their joys and sorrows.

"I wish success to our esteemed soldiers who will serve in the region to monitor the implementation of the cease-fire reached between Azerbaijan and Armenia. I want the center to be operational as soon as possible.

"I advise the Armenian forces, who are engaged in behavior that could violate the cease-fire, to rectify this mistake as soon as possible to avoid a confrontation."

He praised the valor of Turkish soldiers.

"A Turkish soldier in the line of duty fights thinking he will either be a martyr or return a veteran.

"From Syria to Libya, Somalia to Kosovo, Afghanistan to Qatar, I wish success to all our soldiers who are fighting for peace, tranquility and stability in many places. May God help them. I once again offer my most heartfelt greetings to our esteemed soldiers in Azerbaijan and congratulate you on your new year."

Earlier in the day, the Turkish delegation was received by Azerbaijani Defense Minister Zakir Hasanov at Heydar Aliyev Airport.