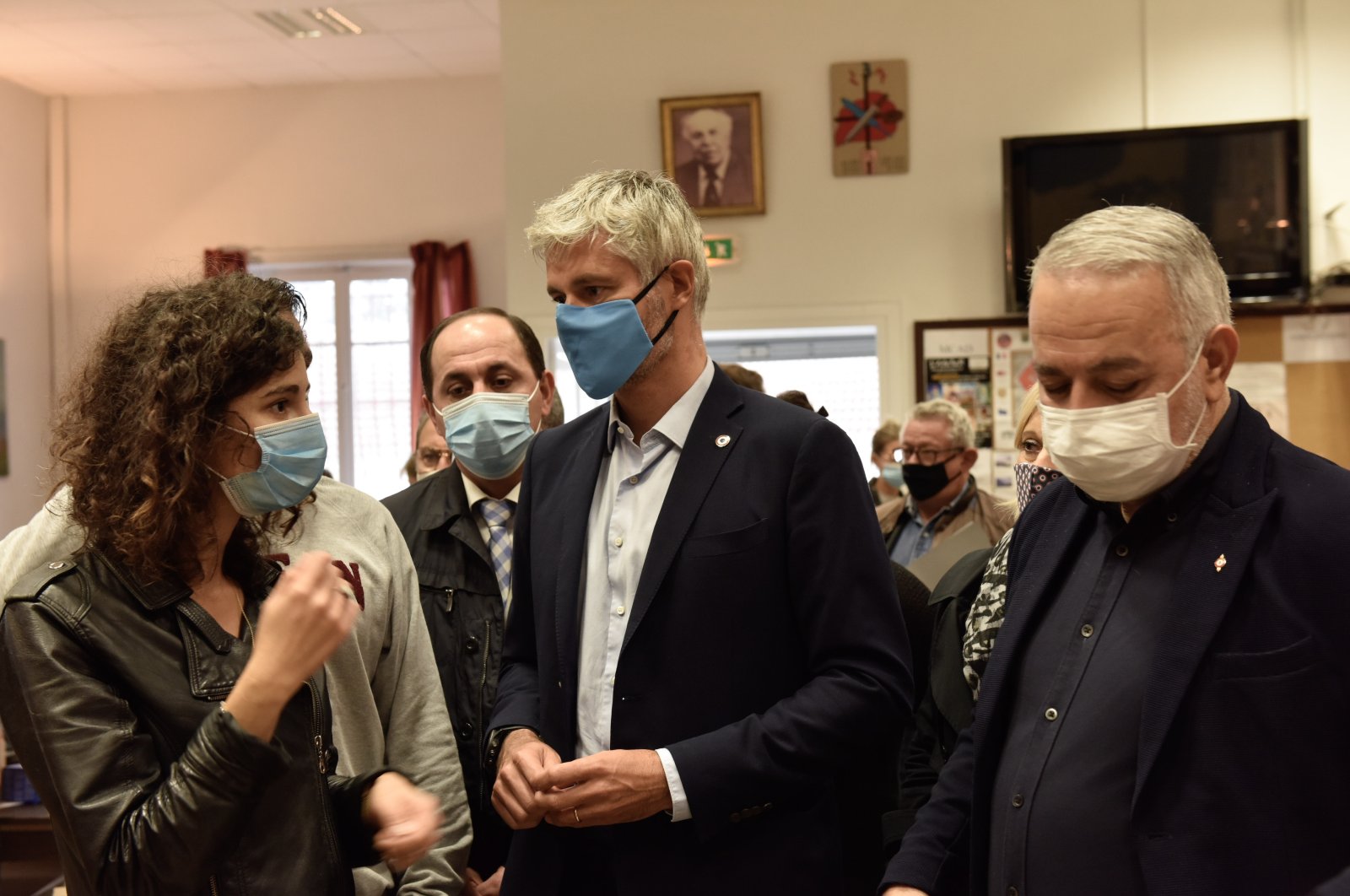 French politician Laurent Wauquiez (C) talks with other attendees of an event in the Auvergne-Rhone-Alpes region of France, in a photo shared Oct. 6, 2020. (Photo from Twitter @laurentwauquiez)
by DAILY SABAH Oct 06, 2020 12:57 pm
RECOMMENDED

A map showing Turkish territories within the borders of Armenia that was shared by a French politician Tuesday on Twitter has drawn the ire of social media users.

Following an event in France to collect medical aid in support of Armenia in its fight against Azerbaijan over the Armenian-occupied Nagorno-Karabakh region, Laurent Wauquiez, president of the regional council of Auvergne-Rhone-Alpes, shared photos from the event on his Twitter account.

In one of these photos, a map that was hung on the wall during the event is seen. The map shows the eastern parts of Turkey within the borders of Armenia.

The post shared by the French politician was criticized by many social media users.

Over the days since the conflict erupted, the Armenian Army continued shelling Azerbaijani cities and targeting civilians.

Azerbaijani President Ilham Aliyev on multiple occasions announced that by pushing back the Armenian aggression in the Nagorno-Karabakh region, the Azerbaijani army had liberated several areas from Armenian occupation.

Many world powers including Russia, France and the U.S. have urged an immediate cease-fire. Ankara, meanwhile, has supported Baku's right to self-defense.

Relations between the two former Soviet republics have been tense since 1991, when the Armenian military occupied Nagorno-Karabakh, an internationally recognized territory of Azerbaijan, and seven adjacent regions.

Some 20% of Azerbaijan's territory, including Nagorno-Karabakh, has remained under illegal occupation by Armenia for roughly three decades.

Multiple United Nations resolutions as well as many international organizations demand the withdrawal of the invading forces.