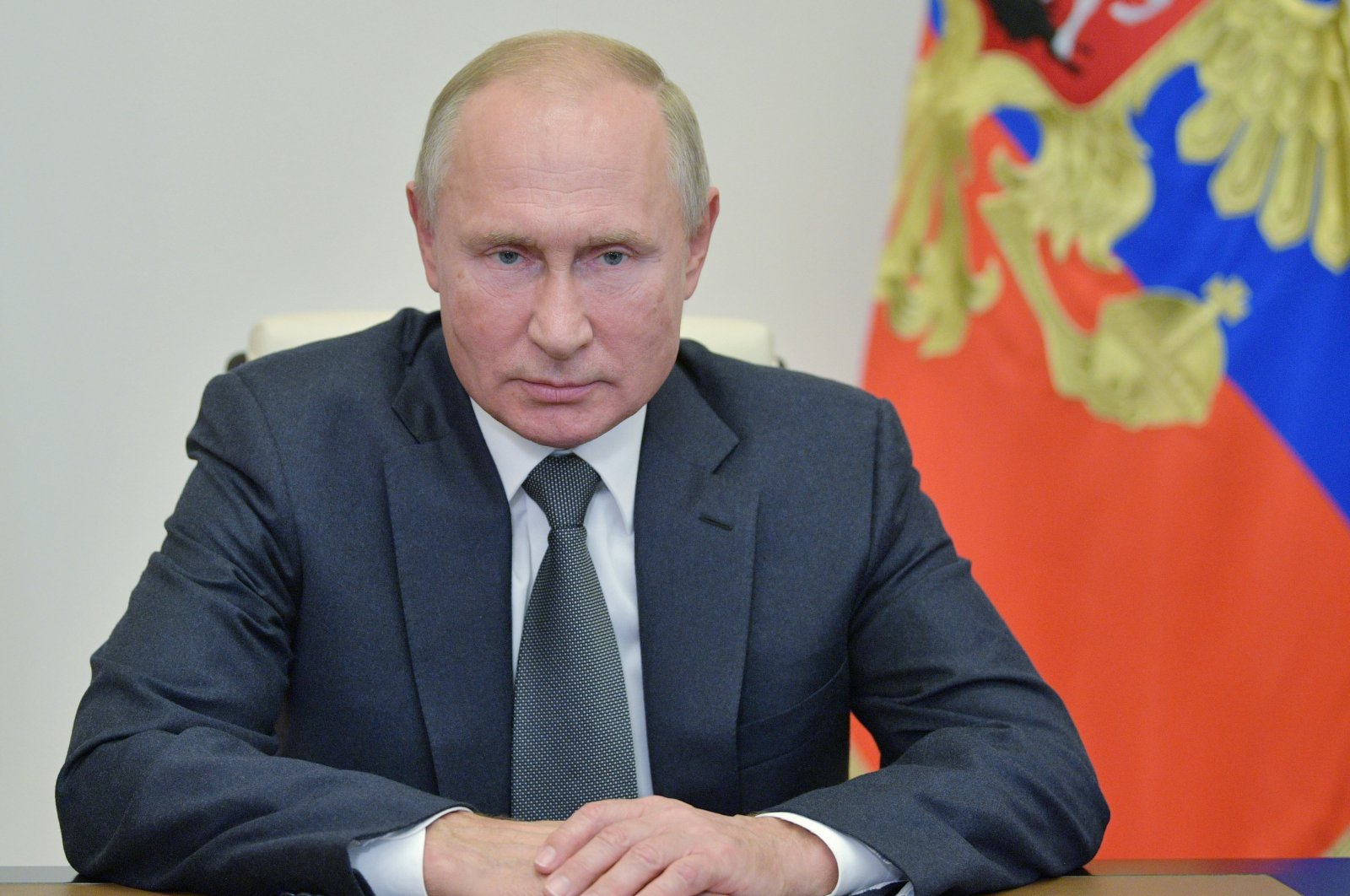 Russian President Vladimir Putin attends a meeting with Chief of the Russian Armed Forces' General Staff Valery Gerasimov, via a video conference call at the Novo-Ogaryovo state residence, outside Moscow, Russia on Oct. 7, 2020. (Reuters Photo)
by Daily Sabah with AFP Oct 09, 2020 12:39 am

Russian President Vladimir Putin invited the foreign ministers of Armenia and Azerbaijan to come to Moscow for peace talks Friday and said fighting in the disputed Nagorno-Karabakh region should be halted for humanitarian reasons, the Kremlin said.

"The foreign ministers of Azerbaijan and Armenia are being invited to Moscow on October 9," Putin said in a statement released by the Kremlin. The Kremlin said late Thursday Putin had held a series of phone calls with the leaders of Armenia and Azerbaijan.

"The President of Russia is issuing a call to halt the fighting in the Nagorno-Karabakh on humanitarian grounds in order to exchange dead bodies and prisoners," the Kremlin added.

Many world powers have urged for a cease-fire and initiating dialogue. Azerbaijan's President Ilham Aliyev has said Turkey must be involved in the process to resolve the decades-long conflict.