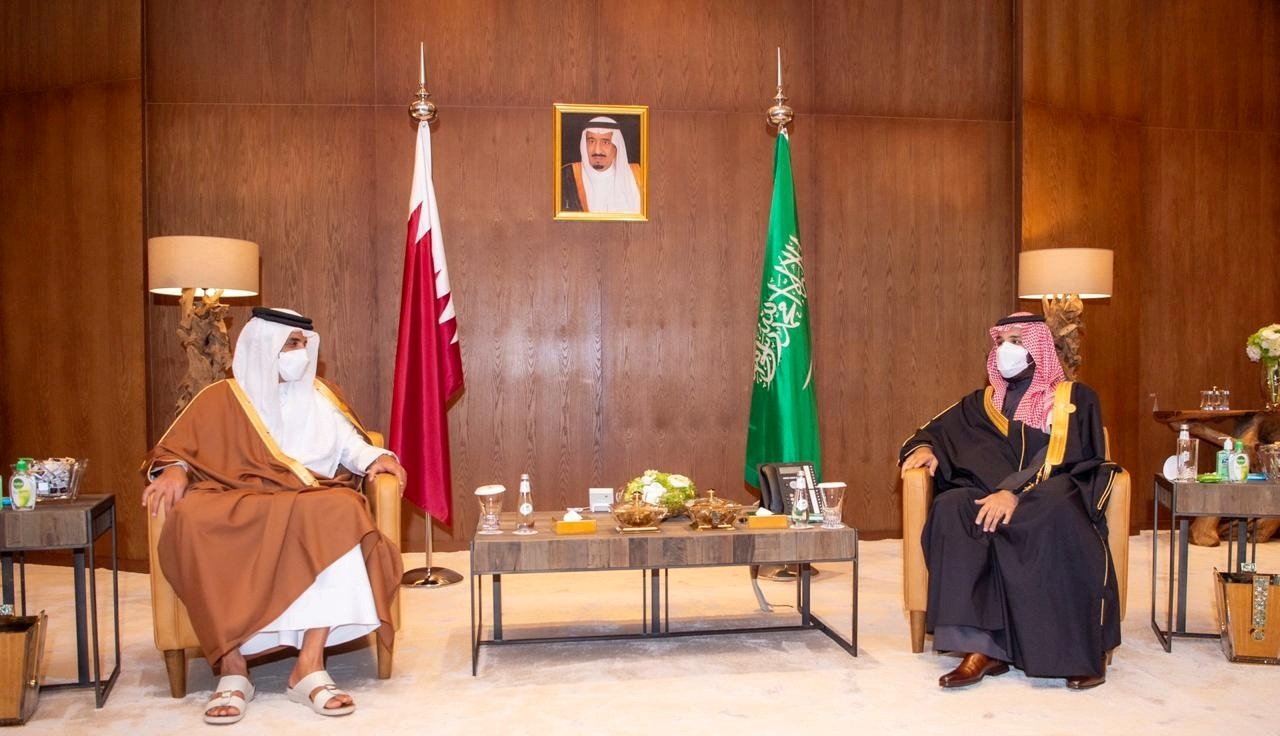 Qatar is ready to mediate between Turkey and Saudi Arabia, a Qatari official said Monday.

Mutlaq Al-Qahtani, special envoy of the Qatari foreign minister for combating terrorism and mediation in the settlement of disputes, made the offer in a statement.

Speaking at a symposium dubbed "Policy and Experience of the State of Qatar in Mediation and Conflict Resolution" organized by the Doha Institute for Graduate Studies, the envoy responded to a question about Qatar's willingness to mediate and ease tensions between Turkey and Saudi Arabia or between Saudi Arabia and Iran.

"This is due to the principle of consent as a basic principle in international relations.”

"If these two countries see that the State of Qatar has a role in this mediation, then it is possible to do so," Al-Qahtani said.

"It is in everyone's interest that there be friendly relations between these countries," he added.

Ankara hailed a breakthrough between Gulf Arab states and Qatar last week, saying the move to restore ties and lift restrictions was "very beneficial" for the region.

Turkey has a military base in Qatar and has supported its ally since Saudi Arabia and three other Arab states cut ties with Doha in mid-2017. Last week, Riyadh said those ties would be restored.

In 2017, Saudi Arabia, the United Arab Emirates (UAE), Bahrain and Egypt severed diplomatic relations with Qatar and imposed a land, sea and air blockade, with the four states accusing Doha of supporting terrorist groups, an accusation vociferously denied by Qatar.

"Lifting this embargo is very appropriate, especially for the Gulf. It has been very beneficial," President Recep Tayyip Erdoğan told reporters.

Despite the strained ties between Turkey and Saudi Arabia, Erdoğan late November discussed ways of enhancing ties with King Salman in a rare phone call since the killing of Saudi journalist Jamal Khashoggi in 2018. The phone call came on the eve of the G-20 leaders' summit hosted by Riyadh.

Saudi Arabia and Turkey have been at odds for some years over foreign policy and attitudes toward regional issues. The murder of Khashoggi inside the Saudi Consulate in Istanbul sharply escalated tensions. The case sparked an international outcry and tarnished Crown Prince Mohammed bin Salman's (MBS) global reputation.