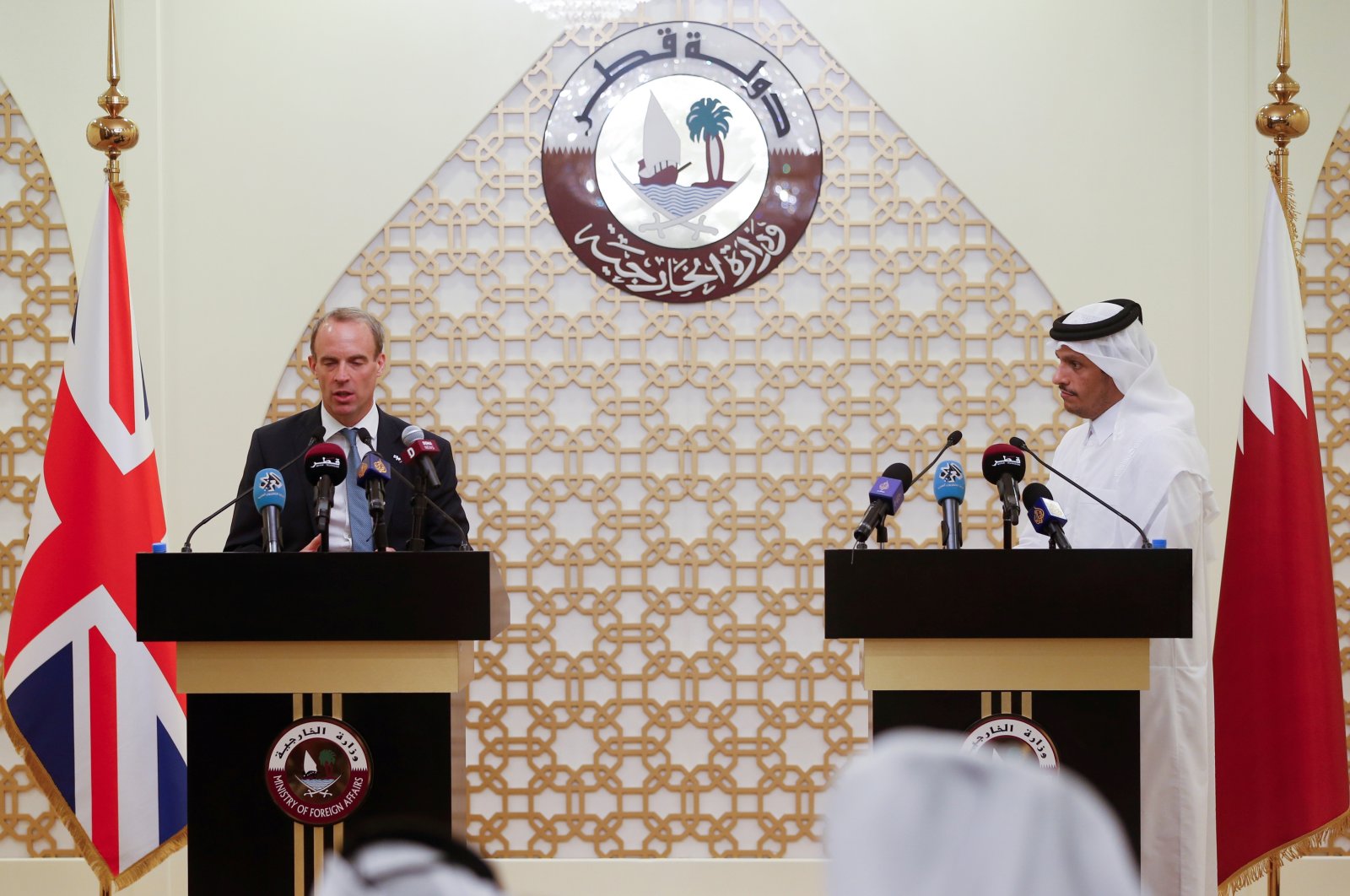 "We are engaging with them (Taliban), and also working with Turkey if they can provide any technical assistance on that front. Hopefully in the next few days there will be some good news," Sheikh Mohammed said.

He was speaking at a joint news conference with Britain's Foreign Secretary Dominic Raab in Doha.

"There is no clear indication when (the airport) is going to be fully operational yet ... We remain hopeful that we will be able to operate it as soon as possible."

Meanwhile, Raab said there is a need to engage with the Taliban in Afghanistan, but Britain has no immediate plans to recognize their government.

He said they had discussed ensuring Afghanistan does not harbor terrorism in the future, preventing a humanitarian crisis, preserving regional stability and holding the Taliban to account for their commitment to a more inclusive government.

Kabul's international airport has been closed to normal traffic since Aug. 16, when the Taliban took control of Kabul. Military flights and evacuations continued until Aug. 31, when U.S. forces quit the country and left the runway without air traffic controllers. A flight from Qatar arrived Wednesday however to bring in airport technicians needed for any reopening for commercial flights.

Al Thani also urged the Taliban to live up to its promise to allow Afghans and foreigners to leave the country freely once the airport reopens.

A suicide bombing – claimed by Daesh’s Afghanistan-Pakistan chapter – struck one of the main gates, killing more than 100 people, including 13 U.S. troops.

On Monday, rockets were fired toward the airport, which the Taliban said were intercepted by the airport's missile defense systems.