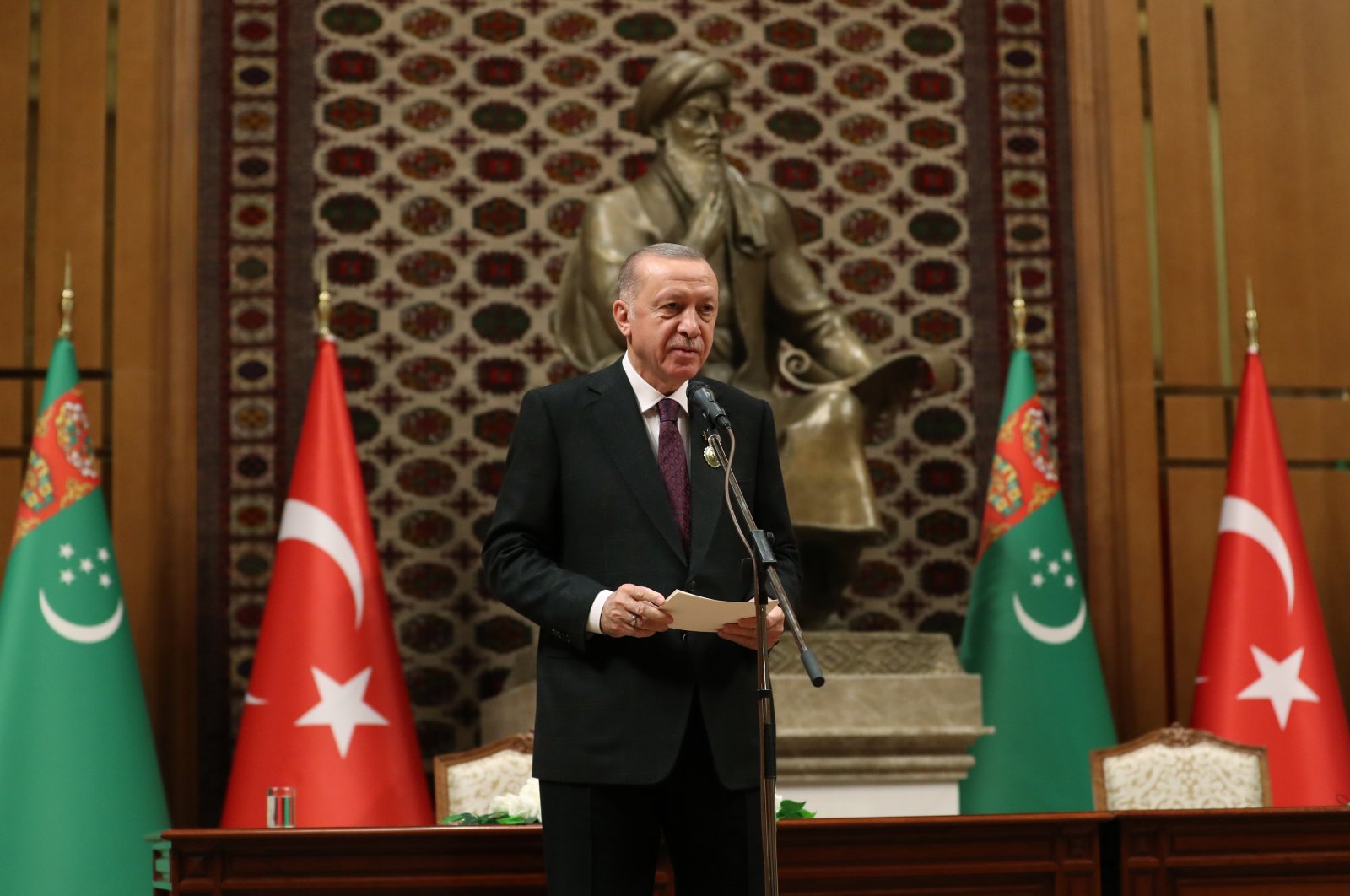 As differences in views regarding the Cyprus question persist, President Recep Tayyip Erdoğan underlines the rights and equality of the Turkish Cypriots on the divided island

Recognizing the sovereignty and equal international status of the Turkish Cypriot people is vital in resolving the Cyprus issue, President Recep Tayyip Erdoğan said on Sunday.

“I ask all friendly and brotherly countries to evaluate the TRNC’s solution vision without prejudices,” he said, speaking at the 15th summit of the Economic Cooperation Organization (ECO).

“We encourage the development of relations in fields such as sports, culture, education and tourism in order to alleviate the isolation faced by the Turkish Cypriots, who are observer members of our organization,” he added.

Speaking at the summit, the president also touched upon regional developments including the issue of Afghanistan.

"It is important to establish lasting peace and stability as soon as possible in Afghanistan, which is facing a serious humanitarian and economic crisis. It is our common wish and goal to develop a management approach that will meet the expectations of all segments of the country,” Erdoğan said.

Turkey supports keeping basic, critical state structures operational, such as the fields of education and health, Erdoğan said, adding: “The Afghan economy needs to be revived in order to prevent a refugee crisis that will affect our entire region. The Turkish Red Crescent (Kızılay) and our nongovernmental organizations (NGOs) increased their humanitarian aid activities against the growing danger of hunger and famine in this country.”

The United Nations has repeatedly warned that Afghanistan is on the brink of the world's worst humanitarian crisis, with more than half the country facing "acute" food shortages and winter forcing millions to choose between migration and starvation.

In the face of a new potential migrant wave due to the instability in Afghanistan, Turkey has maximized measures on its eastern border. The country is continuing efforts to bolster the security of its border with Iran to prevent a new migration wave in the face of the recent developments in Afghanistan. The beefed-up border measures in Turkey, which already hosts nearly 4 million Syrian refugees and is a staging post for many migrants trying to reach Europe, began as the Taliban started advancing in Afghanistan and took over Kabul last month.

Authorities say there are 182,000 registered Afghan migrants in Turkey and up to an estimated 120,000 unregistered ones. Erdoğan has urged European countries to take responsibility for any new influx, warning that Turkey had no intention of becoming "Europe's migrant storage unit."