Russia in close contact with Turkey over developments in Nagorno-Karabakh, Kremlin says 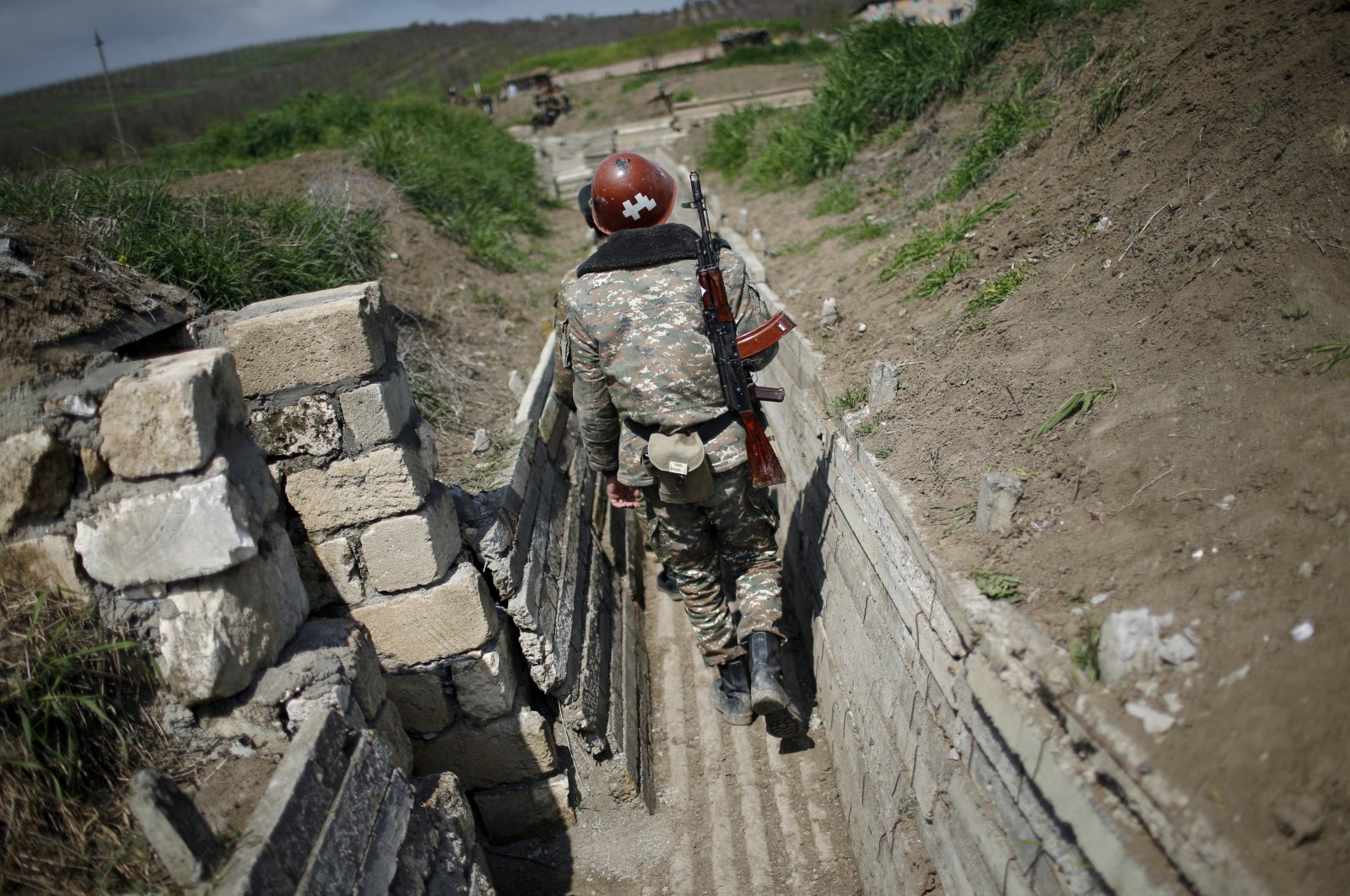 Armenian soldiers walk in a trench at their position near Nagorno-Karabakh's boundary, April 8, 2016. (Reuters File Photo)
by Daily Sabah with Agencies
Sep 28, 2020 1:56 pm

Russia and Turkey are in constant contact about the situation in Armenian-occupied Nagorno-Karabakh, the Kremlin said Monday.

Urging Azerbaijan and Armenia to stop all military activity that could further heighten tensions in the territory, Kremlin spokesperson Dmitry Peskov said the fighting was a cause for serious concern in Moscow.

He continued by saying that Russia is closely following the situation and that the conflict had to be resolved through diplomacy.

Turkish Foreign Minister Mevlüt Çavuşoğlu held phone calls with his Russian and Azerbaijani counterparts on Sunday over the escalating conflict.

Moscow boasts a significant military presence in Armenia, including a land forces base near the northwestern city of Gyumri and air force assets deployed near the capital, Yerevan.

Turkey has sided with Baku and warned Yerevan to immediately cease hostility toward Azerbaijan.