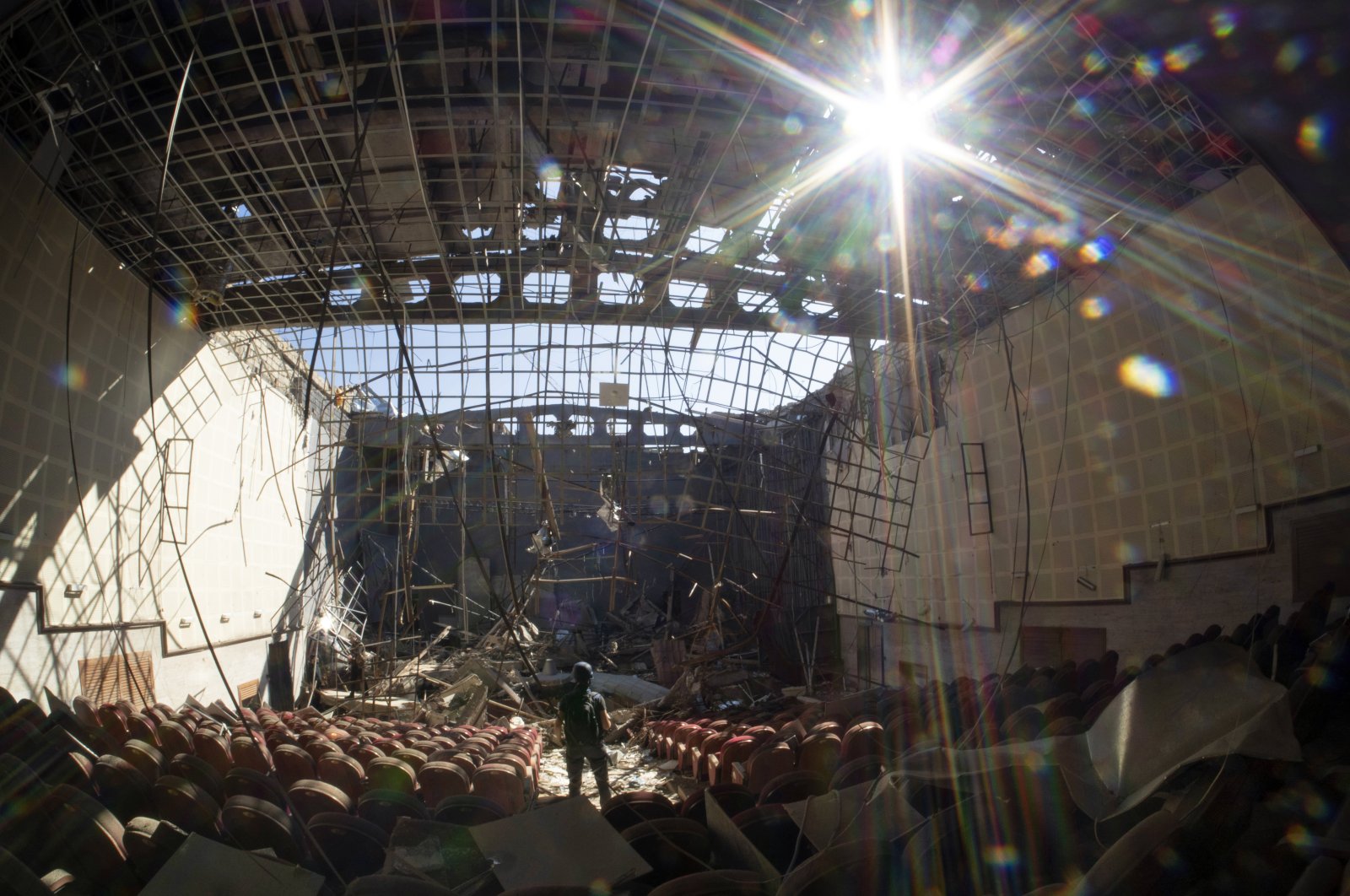 A person stands in a cultural center destroyed by shelling during a military conflict, in Shushi, outside Stepanakert, the capital of the Armenian-occupied Nagorno-Karabakh, Oct. 13, 2020. (AP Photo)
by DAILY SABAH WITH AGENCIES Oct 14, 2020 10:42 am
RECOMMENDED

Since coming into force on Saturday, a Russian-brokered truce has frayed, with both sides accusing each other of grave violations and attacks on civilians.

Kremlin spokesman Dmitry Peskov also said later in the day that fighting in the Nagorno-Karabakh region should stop immediately and that the conflict should be resolved through diplomatic means.

France's foreign minister also pressed the country Tuesday to adopt a neutral stance on the Nagorno-Karabakh conflict as fighting in the occupied region continued.

"We would be doing a disservice to the quality of our bilateral relationship with Armenia if we took an unbalanced posture that would call into question the role we play in the framework of the Minsk Group and the influence we have," Jean-Yves Le Drian told French daily Le Figaro.

Nagorno-Karabakh has seen heavy fighting over the past 17 days which has claimed the lives of 600 people, 73 of them civilians. The region is considered by the U.N. and international law to be part of Azerbaijan.

Azerbaijan has significant hydrocarbon reserves which represent essential channels for many international companies, and Le Drian also recognizes the rapport with Armenia, thus his reluctance to stir the pot.

"We also have a long relationship with Azerbaijan," he said. "We would no longer be legitimate if we sided with one or the other of the two countries," he said.

Multiple U.N. resolutions as well as many international organizations demand the withdrawal of the occupying forces.

Minsk Group – co-chaired by France, Russia and the U.S. – was set up in 1992 by the Organization for Security and Co-operation in Europe (OSCE) to find a peaceful solution to the conflict but to no avail. A cease-fire, however, was agreed upon in 1994.

Turkey has supported Baku's right to self-defense and its sovereignty over occupied territories.