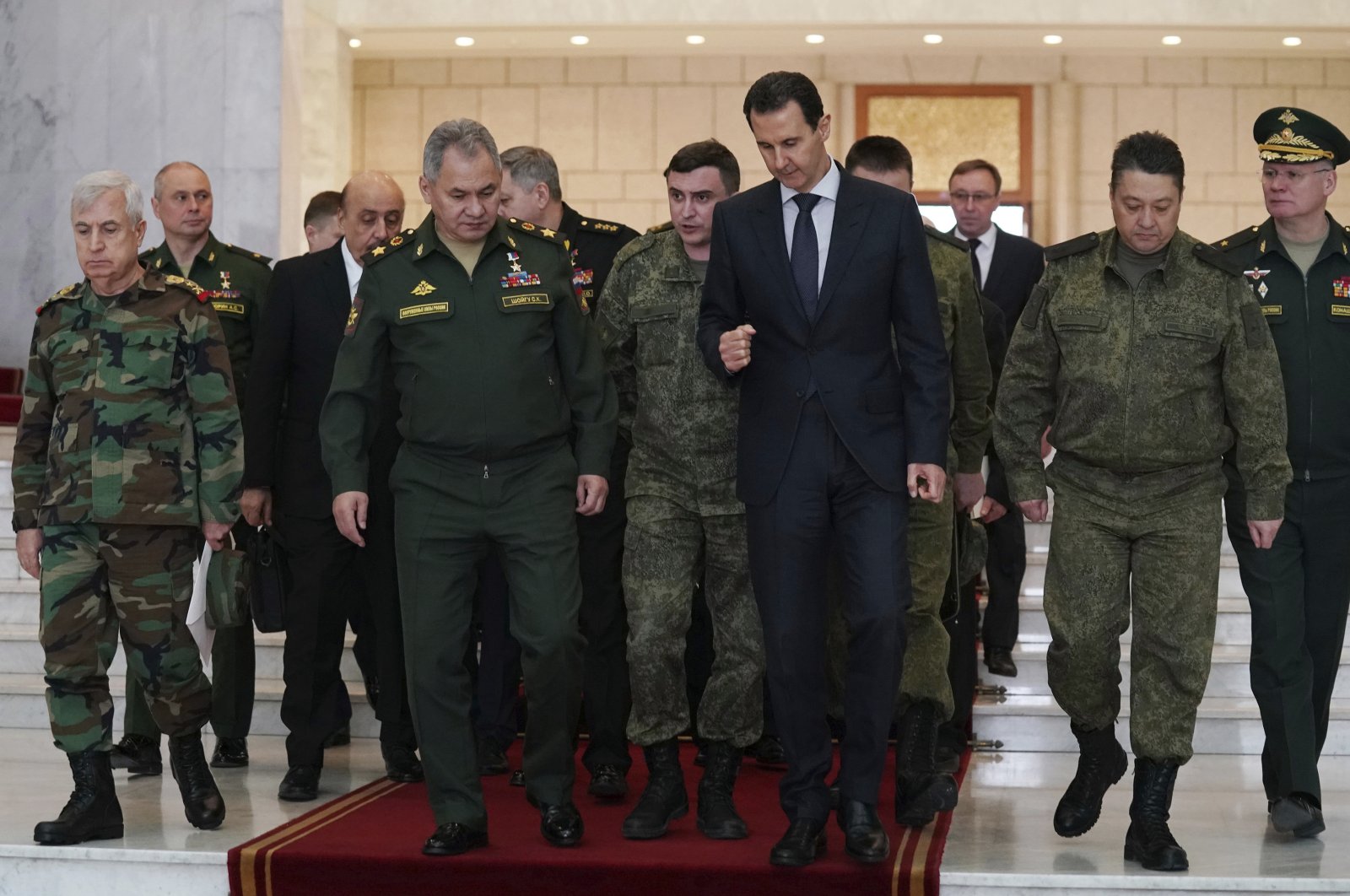 Russian Defense Minister Sergei Shoigu met with Syria's Bashar Assad in Damascus on Monday. They discussed issues related to the implementation of a sustainable cease-fire in the Idlib de-escalation zone, Russia's Defense Ministry said in a statement following the meeting.

"At the talks, issues of ensuring a stable cessation of hostilities in the Idlib de-escalation zone, stabilizing the situation in other parts of Syria, as well as various aspects of military-technical cooperation in the joint fight against international terrorist groups were discussed," it said.

The economic restoration of Syria and humanitarian aid to the country were also on the agenda, it said.

The cease-fire deal, which ended rare direct fighting between the Syrian regime and Turkish troops, was brokered between Russia and Turkey, which back opposing sides in the Syrian conflict. The deal halted a three-month Syrian regime offensive into the country's last opposition stronghold. During the Russia-backed offensive, hundreds of civilians were killed and nearly a million people were displaced in Idlib province.

The deal addresses Turkey's main concerns, stopping a flow of refugees and preventing the deaths of more Turkish soldiers on the ground. Turkey backs some of the opposition groups in Idlib.

In addition to stopping the fighting, the agreement called for pushing militants out of a buffer zone on either side of a vital highway that runs through the opposition-held territory. Under the deal, a security corridor has been established 6 kilometers (3.7 miles) deep to the north and to the south from the M4 highway, intended to allow the road to open for the first time in nearly eight years.

As part of the agreement, Turkish and Russian troops also began joint patrols on the M4 highway last week.

Russia is a strong ally of the Syrian regime, and Russia's entry into Syria's nine-year civil war in 2015 tipped the balance of power in Assad's favor. Syrian regime forces now control most of the country.

Russia has been pressing Turkey, which sent thousands of troops in Idlib recently, to work on reopening the M4. The motorway, which runs through northern Syria from the Mediterranean to the Iraqi border, has been partially closed since 2012, when opposition groups captured parts of Idlib.

Some sections of the M4 remain under opposition control, unlike the north-south M5 highway, which Syrian regime forces completely recaptured in the latest offensive.