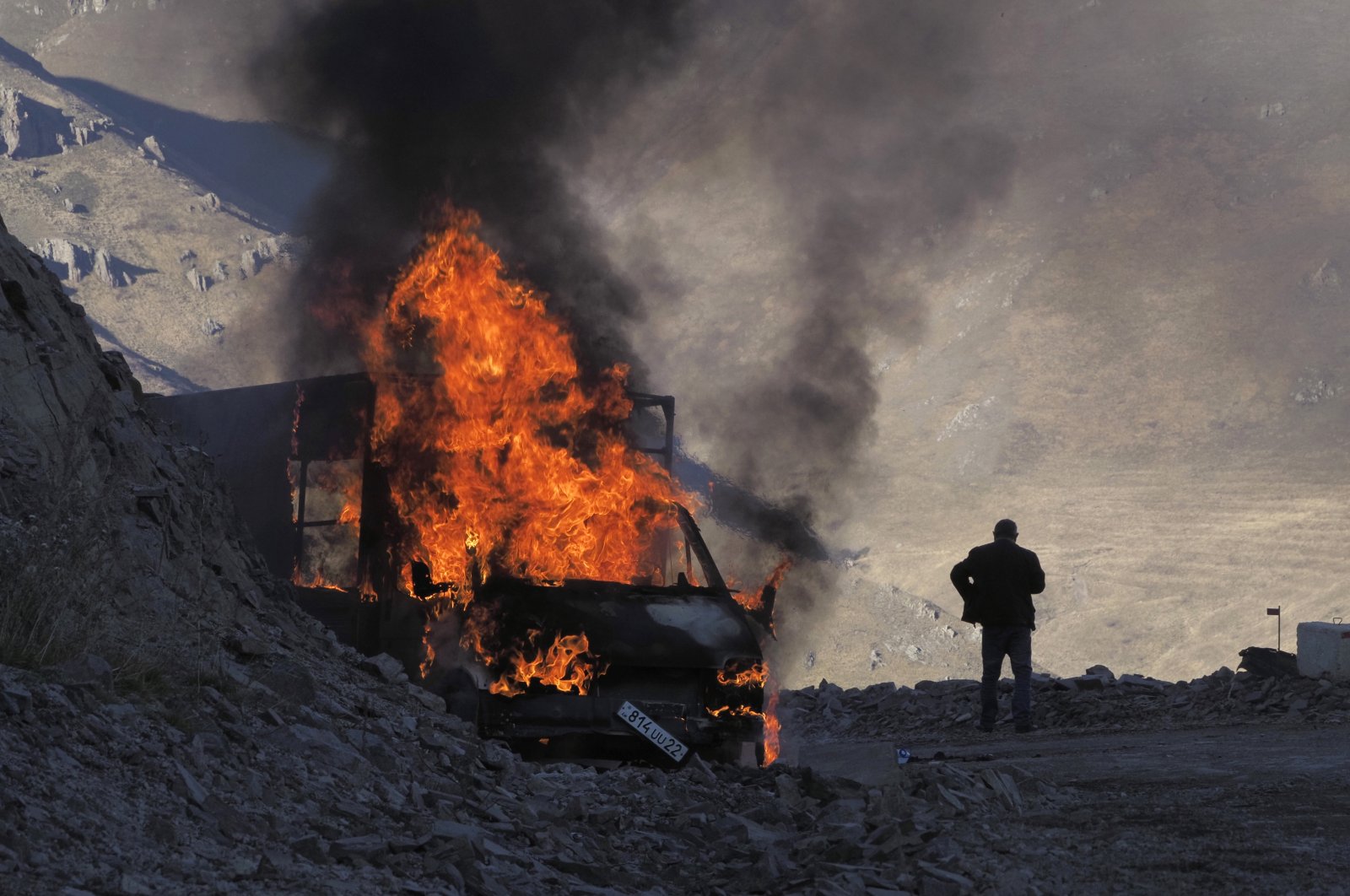 A man stands near his burning car which caught on fire during the climb along the road to a mountain pass, near the border between Nagorno-Karabakh and Armenia, Sunday, Nov. 8, 2020. (AP Photo)
by Daily Sabah with AA Nov 10, 2020 8:18 am

Russian peacekeeping forces are headed to Nagorno-Karabakh for deployment there under a deal reached between Azerbaijan and Armenia, local media reported Tuesday.

The contingent will include 1,960 servicemen with small arms, 90 armored personnel carriers, 380 units of automobile and special equipment.

"The peacekeepers are being sent by Il-76 planes from the airfield in Ulyanovsk," the agency added.

"The contingent will be mainly formed of units of the 15th separate motor rifle brigade of the Central Military District," the agency reported.

Russian President Vladimir Putin announced early Tuesday that Azerbaijan and Armenia have signed a deal to end the conflict in Nagorno-Karabakh.

Relations between the two former Soviet republics over Nagorno Karabakh have remained tense since 1991, but fresh clashes broke out on Sept. 27.