S-400 not to be integrated into NATO systems, Defense Minister Akar says 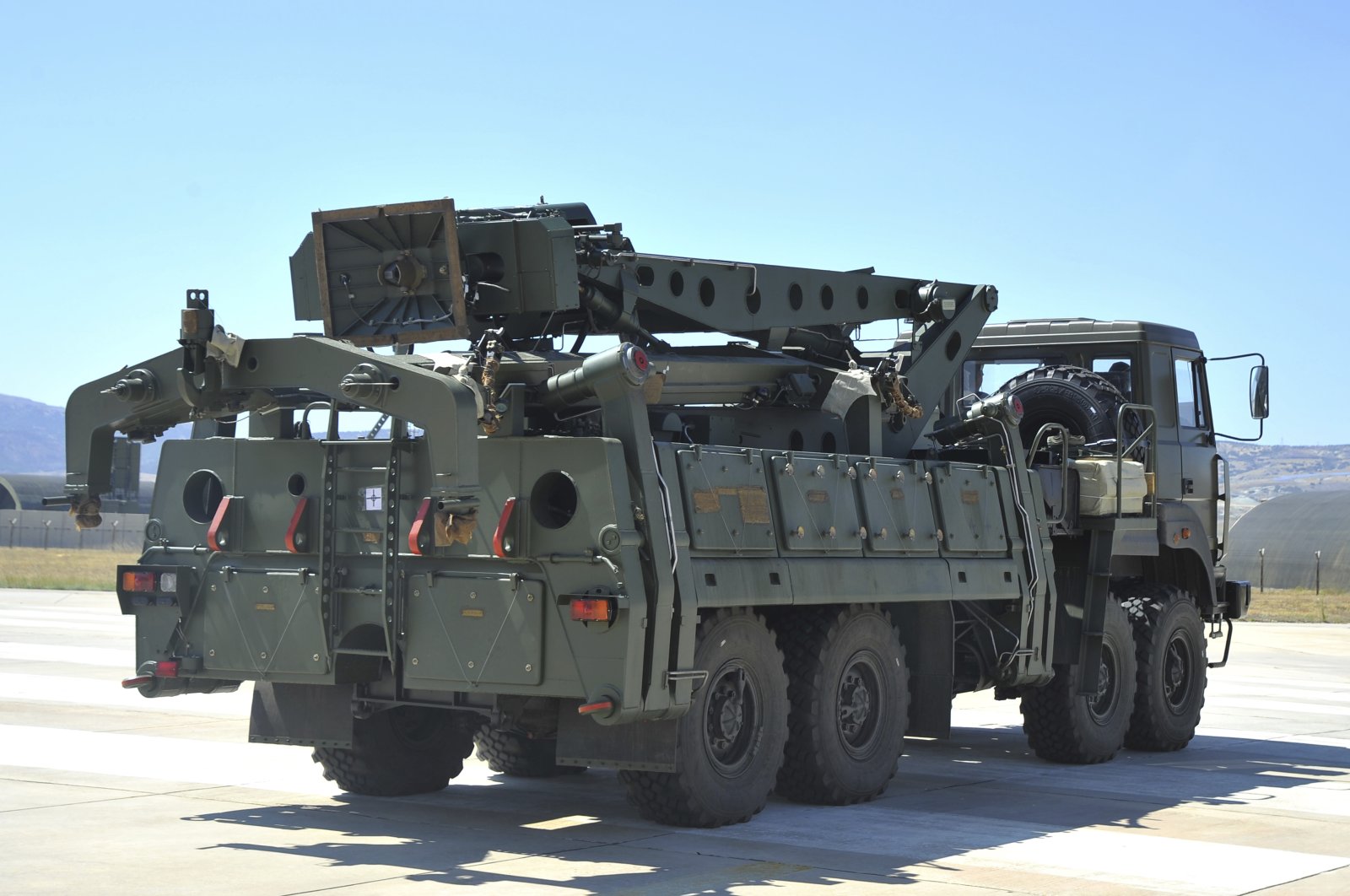 A truck carrying parts of the S-400 air defense systems exits a Russian transport aircraft after landing at a military airport outside the capital Ankara, Turkey. Aug. 27, 2019. (AP Photo)
by DAILY SABAH Oct 22, 2020 10:54 am
RECOMMENDED

The S-400 air defense system will not be integrated into NATO systems and will be deployed independently, Defense Minister Hulusi Akar said Thursday.

Speaking to Bloomberg HT, Akar stated that S-400s will be used as an independent system just like S-300s that some NATO members use. He added that all defense systems include their own test and system control.

He stressed that the purchase of the S-400s was a necessity for Turkey, and it will not distance Turkey from NATO.

Akar noted that Russia was the only country that responded positively to Turkey’s needs for an air defense system.

Regarding a possible purchase of the Patriot Air Defense Missile System, Akar said Turkey has been conducting talks to buy a defense system made by France and Italy. If the conditions are met, Turkey also can buy Patriots from the U.S., he added.

Ankara has repeatedly stressed it was the U.S.' refusal to sell it Patriots that led it to seek other sellers, adding that Russia had offered a better deal, including technology transfers. Turkey even proposed setting up a commission to clarify any technical issues. During a visit to Washington last November, President Recep Tayyip Erdoğan met with U.S. President Donald Trump and agreed with him on setting up a working group.

Underlining that Turkey has been fulfilling its responsibilities under the NATO organization, Akar said that it also expects its allies to understand Turkey’s legitimate security concerns and act accordingly.

In response to reports that Turkey conducted the first tests of S-400s, the U.S.’ NATO Ambassador Kay Bailey Hutchison said Wednesday that it is problematic that Turkey tested S-400s within NATO territory. She added that Turkey sacrificed many benefits in order to own S-400s.

NATO Secretary-General Jens Stoltenberg reiterated Wednesday his commitment to finding alternatives to the Russian-made S-400, saying: "Of course, it is a national decision what kind of defense capabilities different allies acquire. But at the same time, what matters for NATO is interoperability and the importance of integrating air and missile defense, and that cannot be the case with a Russian system S- 400."