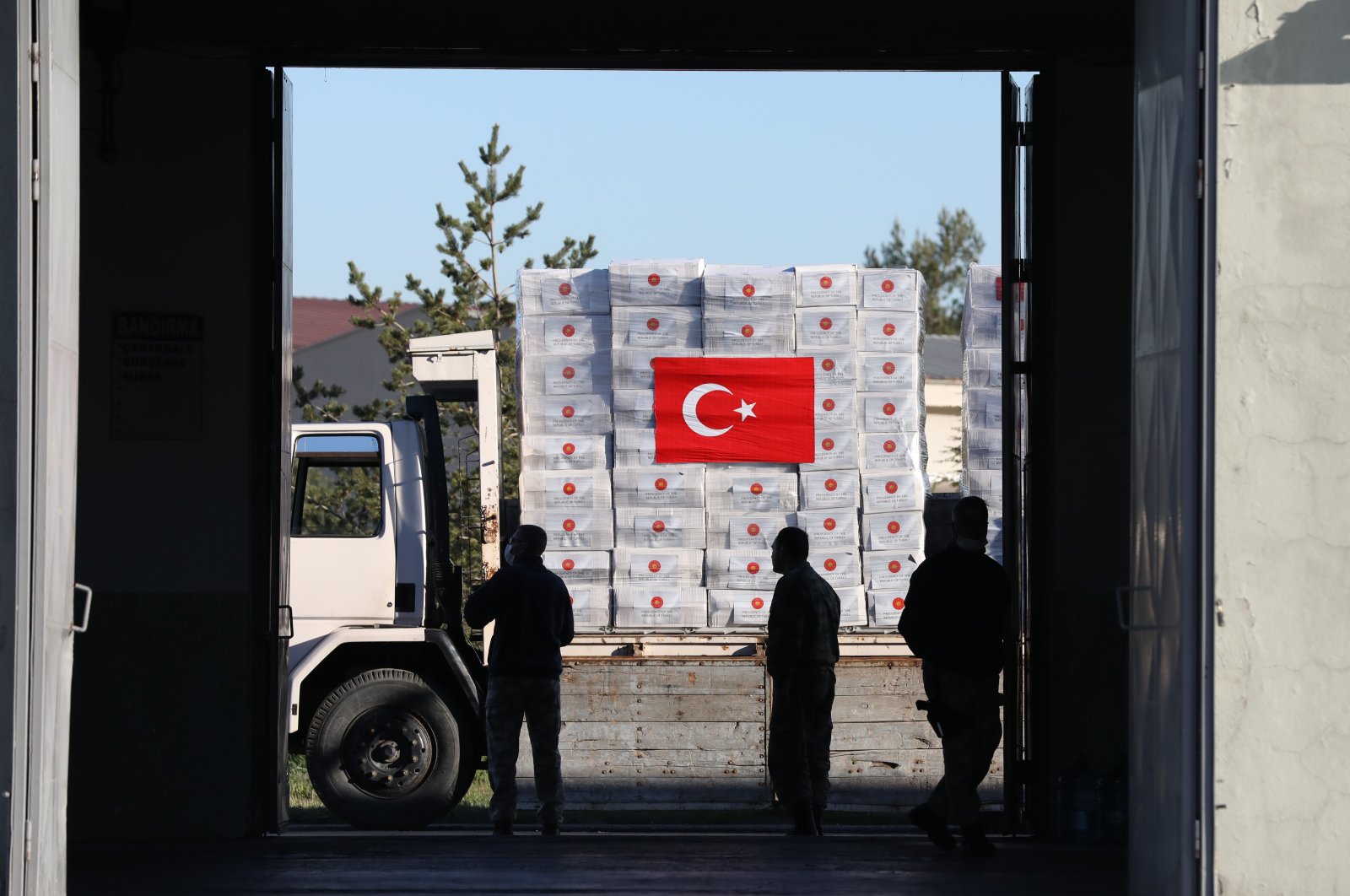 A military cargo plane carrying another batch of medical supplies has left Turkey for the U.K., the Defense Ministry said Sunday.

“The second batch of medical supplies to be used in the fight against COVID-19 has been sent to Britain today,” the ministry said in a statement.

The first cargo plane delivered personal protective equipment for British medical staff, who are facing shortages amid the pandemic.

British officials have thanked Ankara for its generosity and help at such a critical time.

In recent weeks, Turkey has delivered medical equipment to three of Europe's worst-hit countries – Italy, Spain and the U.K. Aid has also been sent to Serbia, Bosnia-Herzegovina, Montenegro, North Macedonia, Kosovo and others.

Nearly 100 countries have requested Turkey's assistance, according to Presidential Spokesman İbrahim Kalın, including Armenia and Israel, despite both countries' strained relations with Ankara.

Political ties between Ankara and Yerevan remain frozen owing to the Karabakh conflict as well as the legacy of events that took place during World War I. Meanwhile, Israel's discriminatory treatment of Palestinians remains a major sticking point in Israeli-Turkish relations.

Kalın noted that Turkey will try its best to respond to all requests, regardless of political relations, given the urgency of the situation.

Worldwide infections have surpassed 1.78 million with a death toll exceeding 109,000, according to U.S.-based Johns Hopkins University. Nearly 400,000 people have recovered.