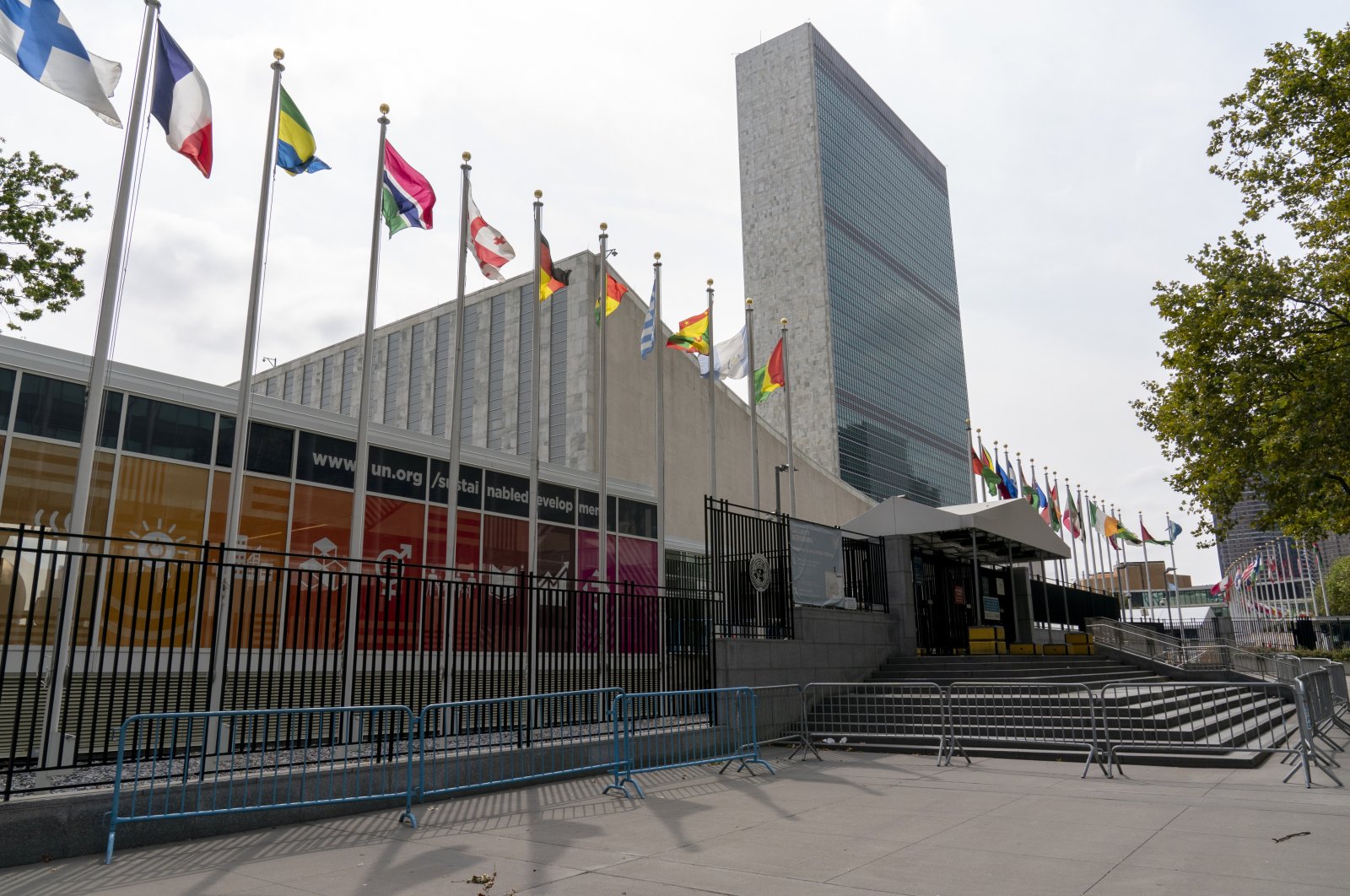 "Leaving the fates of 7 billion people up to the justice of five countries is neither sustainable nor fair. A council structure based on democratic, transparent, accountable, effective and fair representation has become a necessity for humanity beyond choice," Erdoğan said in a recorded message to congratulate the U.N. General Assembly (UNGA) on its 75th anniversary.

Erdoğan has long championed reforming the security council, using the slogan: "The world is greater than five."

"I believe that strengthening and revitalizing the United Nations General Assembly will contribute to finding solutions to our problems," he added.

Erdoğan decried how excessive greed, egoism, monopolization of power and the desire to continue colonialism using new methods are the biggest obstacles to justice spreading in the global system.

“Failure to achieve stability in various parts of the world, especially in Syria, Palestine, Yemen and Afghanistan, is a proof of this,” Erdoğan said, adding that the U.N. can neither prevent new conflicts nor end those that have already begun.

Erdoğan also floated the idea of turning Istanbul, "the crossroads of continents," into a U.N. center that would support efforts for global peace and stability.

“The fact that Ambassador Volkan Bozkır, a senior diplomat and politician, assumed his duties as president of the 75th General Assembly is not only a source of pride for Turkey but also a chance for the international community,” he said.

Erdoğan stressed that the 75th anniversary of the U.N. provides opportunities for the entire world to improve its response to pressing issues.

"We, as humanity, are confronting many important challenges which affect our health, economy, social peace and future, most notably the coronavirus pandemic. We are faced with a picture where 170 million people around the world are in urgent need of aid and protection," Erdoğan said.

Stressing that the number of people suffering from hunger worldwide now exceeds 820 million, he added that more than 70 million people had to flee their homes due to conflicts and oppression.

The COVID-19 pandemic has aggravated injustices and inequalities around the globe, he said.

"As the most generous country in terms of aid taking into consideration the ratio of Turkish assistance to its GDP (gross domestic product), we tried to alleviate the problems caused by the pandemic with our available means," said Erdoğan.

"In this process, while attending to the needs of our own citizens, we have also sent medical equipment and aid materials to 141 countries of the world, regardless of religion, language, race or continent," he added.

World leaders were addressing a high-level event to commemorate the 75th anniversary of the U.N. via prerecorded video speeches due to the coronavirus pandemic. The U.N.'s anniversary comes at a time when the world body faces questions over whether it is still fit for purpose in a more multipolar world and whether it can muster consensus to deal with current conflicts and challenges, including the pandemic.