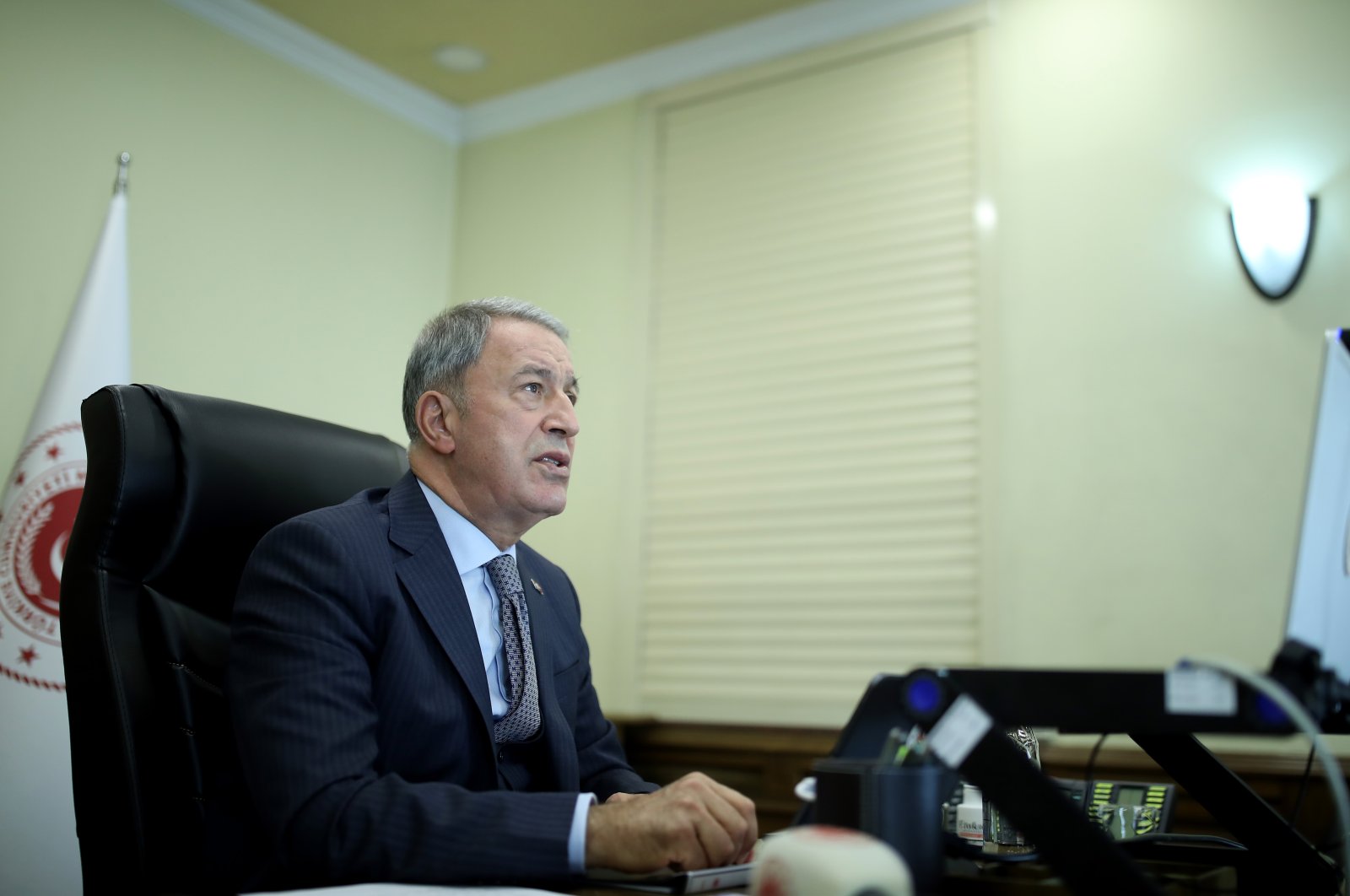 A reform of the security sector is fundamental for a secure Libya as well as for the prosperity and peace of the Libyan people, experts and officials stated during an international conference yesterday.

The Foundation for Political, Economic and Social Research’s (SETA) virtual conference on Libya brought together experts from Turkey, Libya, Europe, Russia and the U.S. The challenges Libya and the Libyan people have been facing were discussed during the event. Discussing the security situation of the country, Turkey’s Defense Minister Hulusi Akar also noted that foreign support for the warlord Haftar was the most significant obstacle to peace and stability in the country.

“Some claim that they support a political solution, but unfortunately they provided Haftar with arms and military equipment,” Akar stressed, saying that the presence of mercenaries is a threat to the country’s security. Akar also stated that Turkey trains irregular armed groups to facilitate their integration into regular armed forces both in Turkey and in Libya. He said that this training would prove significant support in enhancing the army’s capacity.

“The security sector reform must comprise all Libyan parties and must be objective – this is the only way to prevent further crises,” he added.

Turkey, by cooperating with the Tripoli-based Government of National Accord (GNA) helped turn the tide in a 14-month-long offensive by putschist Gen. Khalifa Haftar on the capital Tripoli this year and is still providing consultancy and training for the Libyan Army.

Following the end of the conflict between the two rivals in Libya, both sides began negotiations in September and engaged in talks in various fields, leading to the announcement of national elections to be held next year. Stephanie Turco Williams, the acting envoy of the United Nations Support Mission in Libya, emphasized the fact that Libya’s long-standing conflict is at a critical juncture though the process is still fragile.

“The positive developments have led to advancement in political and economic areas in Libya,” Williams pointed out, reminding that Libya’s National Oil Corporation (NOC) has started to operate again.

Stating that oil production resumed to the levels prior to the blockade by militias loyal to Haftar, the envoy indicated that the general living conditions of the Libyan people have improved.

Regarding Haftar’s offensive on Tripoli, the minister said, “This disastrous offensive set us back around 10 years; however, we are determined to rebuild our country and are ready for cooperation.”

SETA Director Burhanettin Duran stated that Libyans have suffered for many years and that a security sector reform is obligatory, though a hard commitment.

Duran emphasized Turkey’s role in Libya’s security, pointing out that Ankara and the GNA have been cooperating regarding security and military coordination. “Turkish support has caused a turning point in the conflict and proved that Libya can unite against threats and establish a democratic state. Current political dialogue is actually an outcome of Turkey’s support for the GNA. Otherwise, we could have seen another (Moammar) Gadhafi in Tripoli. Mass graves in Tarhuna serve as reminders of what could have been faced in Tripoli if Haftar would have seized the capital,” Duran explained.