Solution possible if Nagorno-Karabakh is given back to Azerbaijan, President Aliyev says 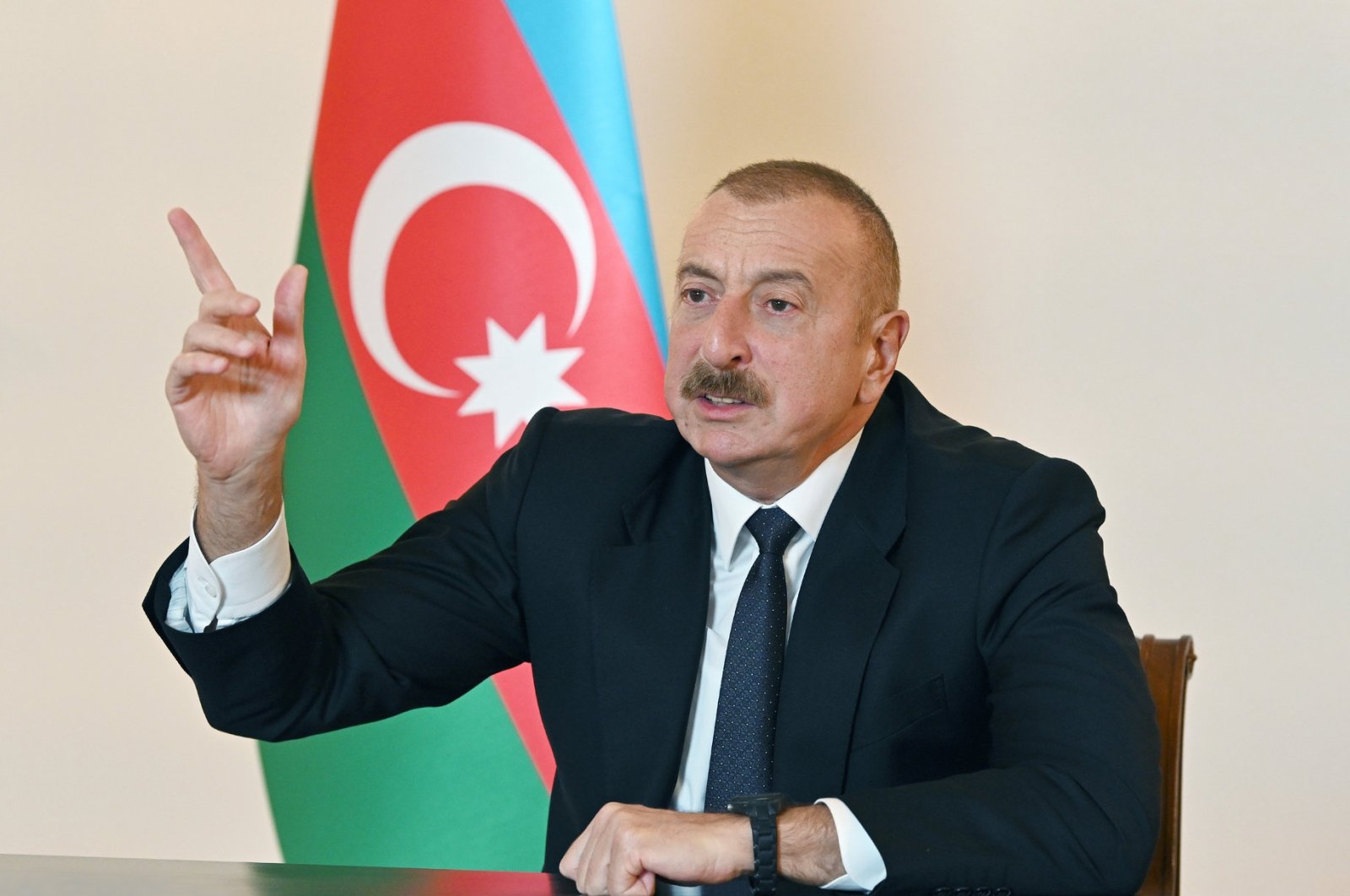 Azerbaijani President Ilham Aliyev said his country will sit down at the negotiating table with Armenia if it leaves occupied Azerbaijani territories.

"If Armenia could be convinced to stop its occupation, then we would have peace talks soon. If not, then the Azerbaijani army will continue its victory march," Aliyev said in an interview on NTV Thursday.

He continued by saying that a solution to the conflict with Armenia is possible only if the occupied Nagorno-Karabakh is given back.

"The Azerbaijani army has inflicted a heavy blow to Armenian troops. Whatever (Armenian Prime Minister) Pashinian says is a lie," Aliyev said.

His comments came as the Armenian military continued to target civilian settlements in Azerbaijani territory.

Aliyev also praised relations with Turkey and solidarity between the two countries.

"Turkey is a world power. Our cooperation will enhance even further in the upcoming days. It is a treasure to have an ally like Turkey, we are very pleased," he said.

Strong pro-Turkish feelings have enveloped Azerbaijan since the latest bout of fighting broke out.

The Azerbaijani president has repeatedly thanked Turkey for the support that analysts have described as a game-changing factor in the current conflict.

Relations between the two former Soviet republics have been tense since 1991 when the Armenian military occupied Nagorno-Karabakh, an internationally recognized territory of Azerbaijan. Referencing this fact, four U.N. Security Council (UNSC) and two U.N. General Assembly (UNGA) resolutions, as well as decisions by many international organizations, demand that Armenia's occupying forces withdraw from Nagorno-Karabakh and seven other occupied regions of Azerbaijan.