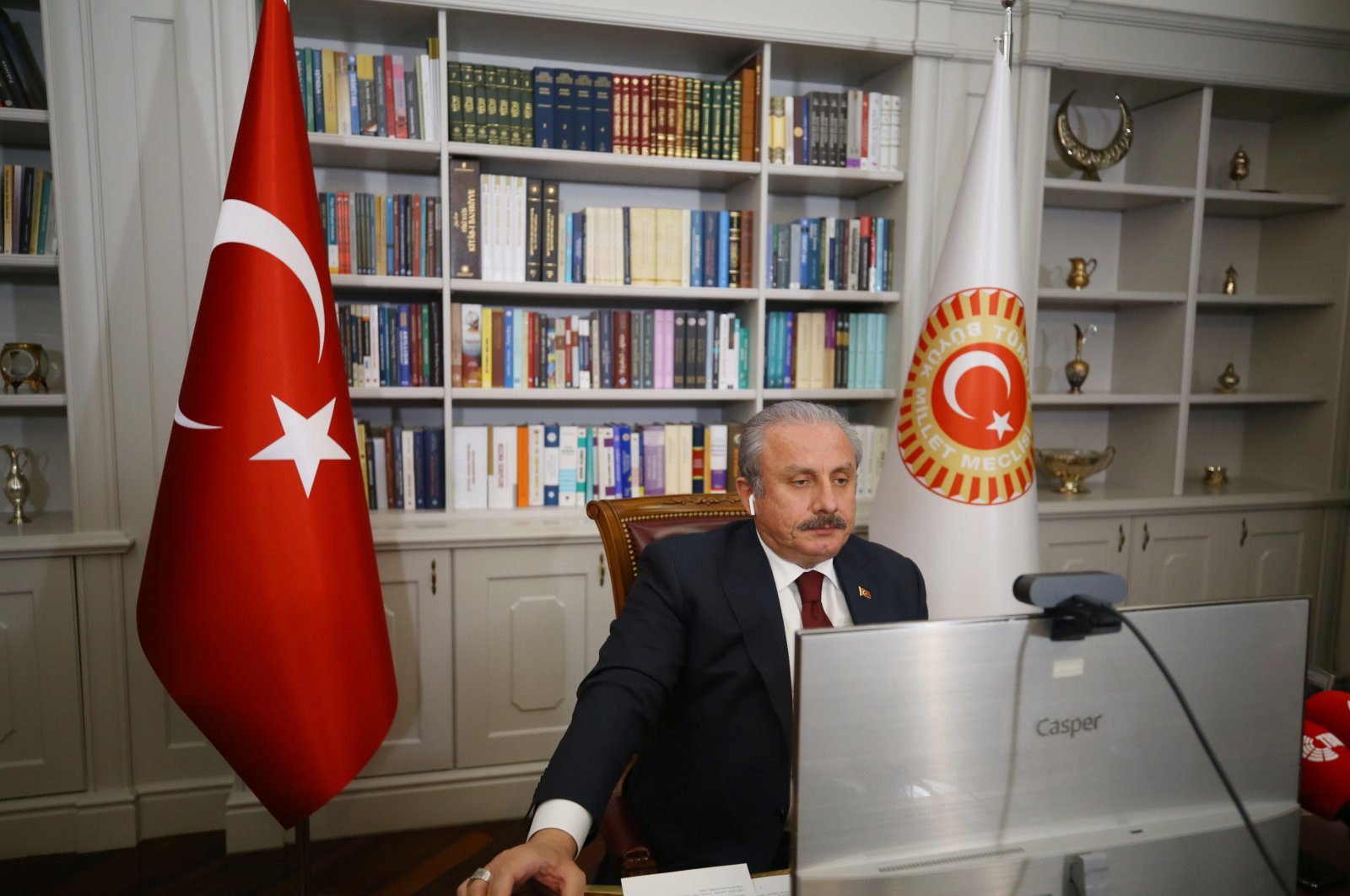 Some Western countries have kept refugees out of their borders by contradicting their own values and international accords, Turkish Parliament Speaker Mustafa Şentop said Wednesday.

"Some European countries have closed their doors to Syrians, built new borders, and put barbed wire at the borders by contradicting their values and violating the international agreements to which they are a party," Şentop said by video link at the Fifth World Conference of Speakers of Parliament.

Speaking during a panel discussion on "Human mobility in pursuit of a better life: Challenges, opportunities and solutions," Şentop said some countries look at the issue of immigration only from the perspective of security and their interests and ignore the humanitarian and conscientious dimension.

"This situation fuels the problems faced by refugees such as xenophobia and anti-immigrant issues in society,” he said, adding that immigration should not be used as material for the populist discourses of domestic politics.

Şentop underlined that wars, foreign interventions and internal conflicts cause millions of people to leave their homeland every year.

He went on to say that these people escaped from problems such as instability, hunger and poverty and were struggling to survive, adding that the number of these people is highly likely to increase due to the negative effects of the COVID-19 pandemic.

The speaker recalled that as a result of civil war in neighboring Syria – which caused the largest migration crisis of our time, displacing around 12 million people – Turkey currently hosts more than 3.5 million Syrian refugees and provides them with shelter, nutrition, education and health care "without separating them from its own citizens."

Noting that the international community has not been able to show enough solidarity in this humanitarian crisis, Şentop said that some European countries which boast of their economic well-being turned their backs on people who were forced to migrate.

"As Turkey, we embraced people of all kinds of religions, languages and ethnic backgrounds without discrimination," he added.