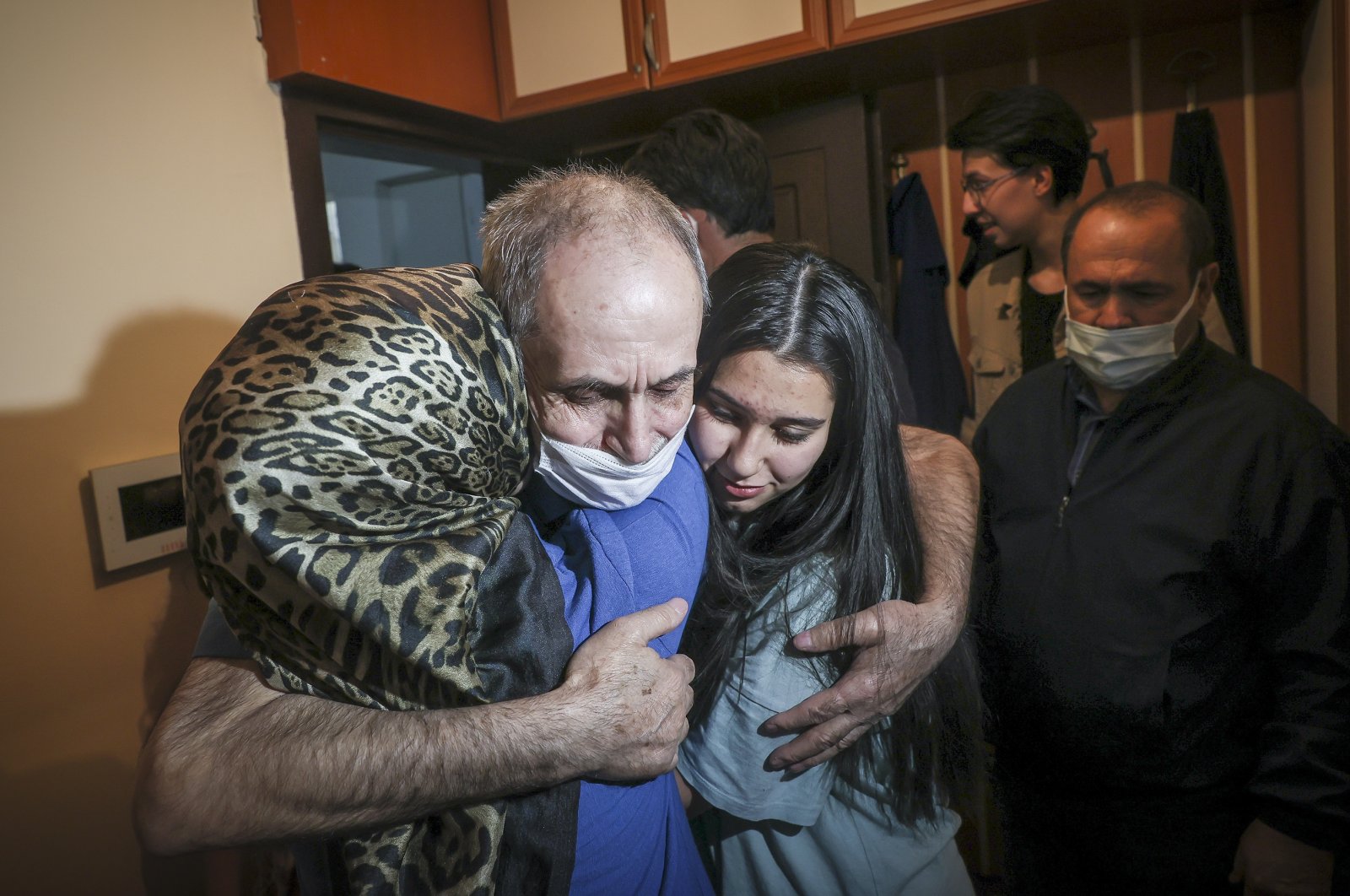 A Syrian court has acquitted and released a Turkish man who was arrested a decade ago during a business visit to the country.

Vakkas Orhan had been imprisoned in Syria since 2011 but was finally reunited with his family in the capital Ankara, reported Anadolu Agency (AA) Thursday.

Orhan, who owns a heating company in southeastern Turkey’s Adıyaman, had traveled to Syria on a business trip back in 2011.

As the Syrian civil war broke out, Orhan was among many Turkish citizens arrested on the instructions of Bashar Assad.

Citing a photo with President Recep Tayyip Erdoğan at an inauguration ceremony in Adıyaman as the reason for his arrest, Orhan was incarcerated at a prison in the northern Syrian province of Aleppo.

He was placed in solitary confinement for a while and finally gained his freedom after 10 years when he was found not guilty.

Handed over to the Turkish authorities in the southern province of Hatay on May 18, Orhan was reunited with his family living in Ankara’s Yenimahalle district Wednesday.

He was welcomed at the doorstep of his home by his wife Ayşe, daughter Fadime, son Hacı, his grandchildren and other relatives.

Unable to hold back their emotions, Orhan and his family burst into tears. Anadolu Agency was there to capture the unforgettable moment.

“I am full of joy over reuniting with my relatives, children and my freedom ... For exactly 10 years, I prayed to God to give me my freedom, my country and my family,” Orhan told AA.

He said he was treated poorly in Syria and was left to starve.

“I was 80 kilograms (176 pounds) before I left for Syria. But in prison, I dropped to 35 kilograms. Praise be to Allah, I am extremely well at the moment, very happy,” he said.

Orhan said he has visited many countries but has never seen a state as benevolent as the Republic of Turkey. He also added that the country has changed since the time he left.

He said he was arrested after being reported as a “friend of (President) Erdoğan,” and added that he was subjected to physical and moral torture during his time in prison, but he did not lose hope.

"I’ve experienced great physical and mental pressure. Despite that, I have never been in despair. I thought, ‘Allah will open this door for me one day and I will go back to my country,'" he added.

Ayşe also expressed her happiness after reuniting with her husband saying, “10 years of longing is over.”

“My husband went there for business. He did not deserve any of it,” she added.

Orhan's daughter Fadime said they are finally able to celebrate Ramadan Bayram (Eid at-Fitr) for the first time after many years.

“The only important thing is having your loved ones with you,” she said.