Those who tried to ignore Turkey in East Med now at negotiating table: Erdoğan 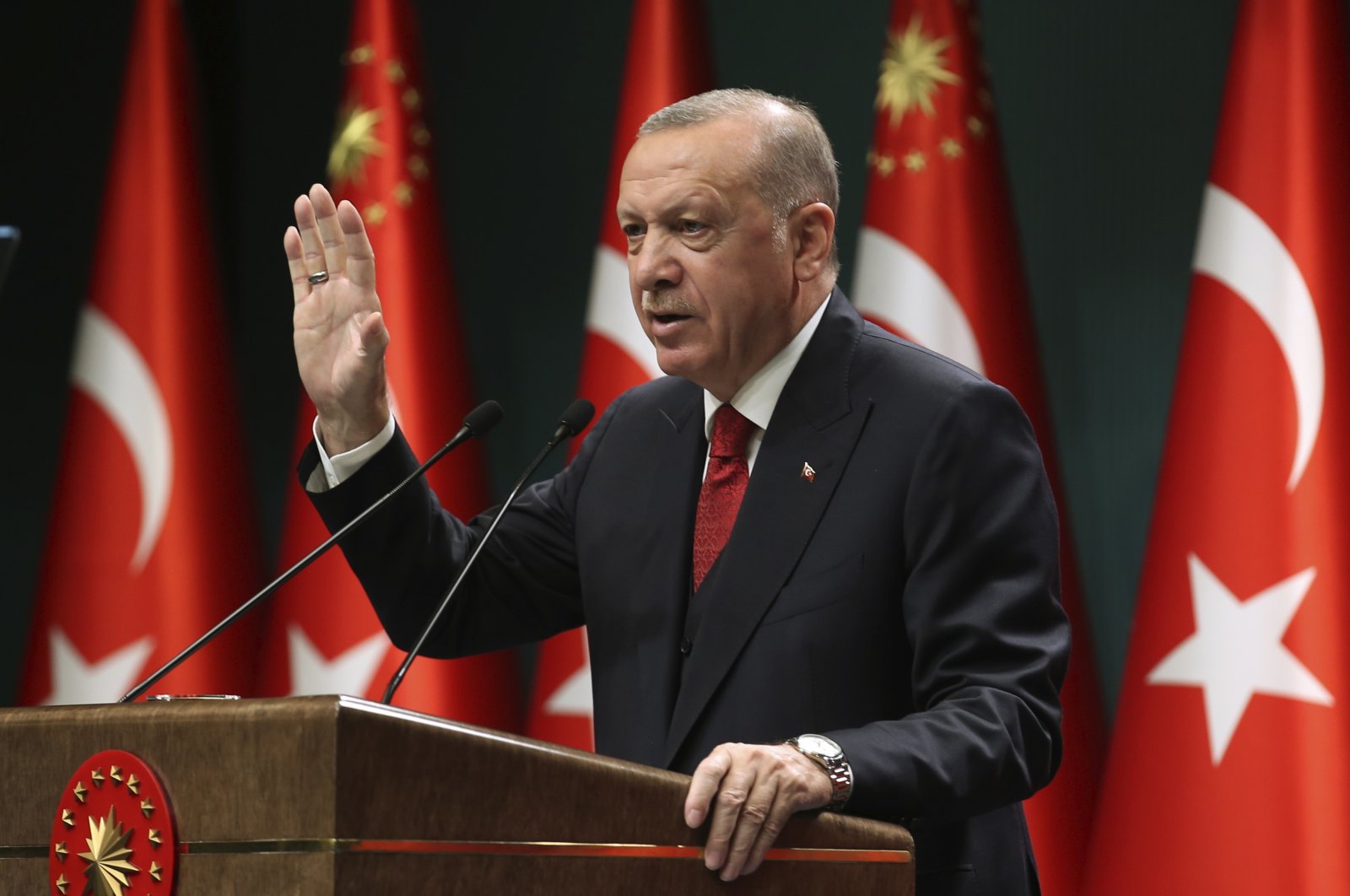 Regional actors who have tried to push aside Turkey in the Eastern Mediterranean are realizing diplomatic negotiations are the only way to resolve the tensions, President Recep Tayyip Erdoğan said Monday evening following a Cabinet meeting.

"Those who turn their backs on historical facts, international conventions, customs and visible truths for the sake of protecting the interests of a few countries on Cyprus and the Eastern Mediterranean issue will have nothing to say to the world," he added.

"Those who try to upset the balance of the region and the world just because of their hostility to Turkey are digging their own grave," Erdoğan said.

Greece has disputed Turkey's energy exploration in the Eastern Mediterranean, trying to box in Turkish maritime territory based on small islands near the Turkish coast.

Turkey – the country with the longest coastline on the Eastern Mediterranean – has sent out drillships to explore for energy on its continental shelf, saying that both Turkey and the Turkish Republic of Northern Cyprus (TRNC) have rights in the region.

To reduce tensions, Turkey has consistently called for dialogue to ensure the fair sharing of the region's resources. After months of ignoring Turkey's calls for talks, Athens recently engaged with Ankara in technical meetings with military delegations to discuss ways to reduce the risk of a clash, initiated after a proposal by NATO Secretary-General Jens Stoltenberg.

Criticizing the U.N.'s belated response to the devastating COVID-19 pandemic, Erdoğan said Monday that "the U.N. failed once again."

"The United Nations, which acknowledged the existence of the (coronavirus) pandemic weeks later, did not show any presence in terms of taking the necessary measures to combat the pandemic or meeting the needs," Erdoğan said, recounting the early days of the outbreak.

"The U.N., which failed on every front, from Syria to the humanitarian crisis in Yemen, to developments in volatile regions such as Africa and South America, has failed once again during the pandemic," he added.

On the eve of the U.N.'s 75th meeting, the Turkish president went on to say, "At a time when Turkey alone is sending medical supplies to 146 countries, the ineffectiveness of the U.N. was established once more."

He underlined that since the start of the pandemic, Turkey has been among the countries that were cited globally in terms of both measures taken and services provided to patients.

Recalling eight vaccination development programs for COVID-19, he said Turkey is planning to make these available for public use by the first few months of next year.

The world's largest annual diplomatic event, the U.N. General Assembly (UNGA), will take place this year in an unprecedented fashion as world leaders for the first time will gather virtually due to the coronavirus pandemic.

Although the virus may distract attention from other topics on the agenda, world leaders and representatives are expected to address climate change, racism, intolerance, inequality, poverty, hunger and armed conflict.