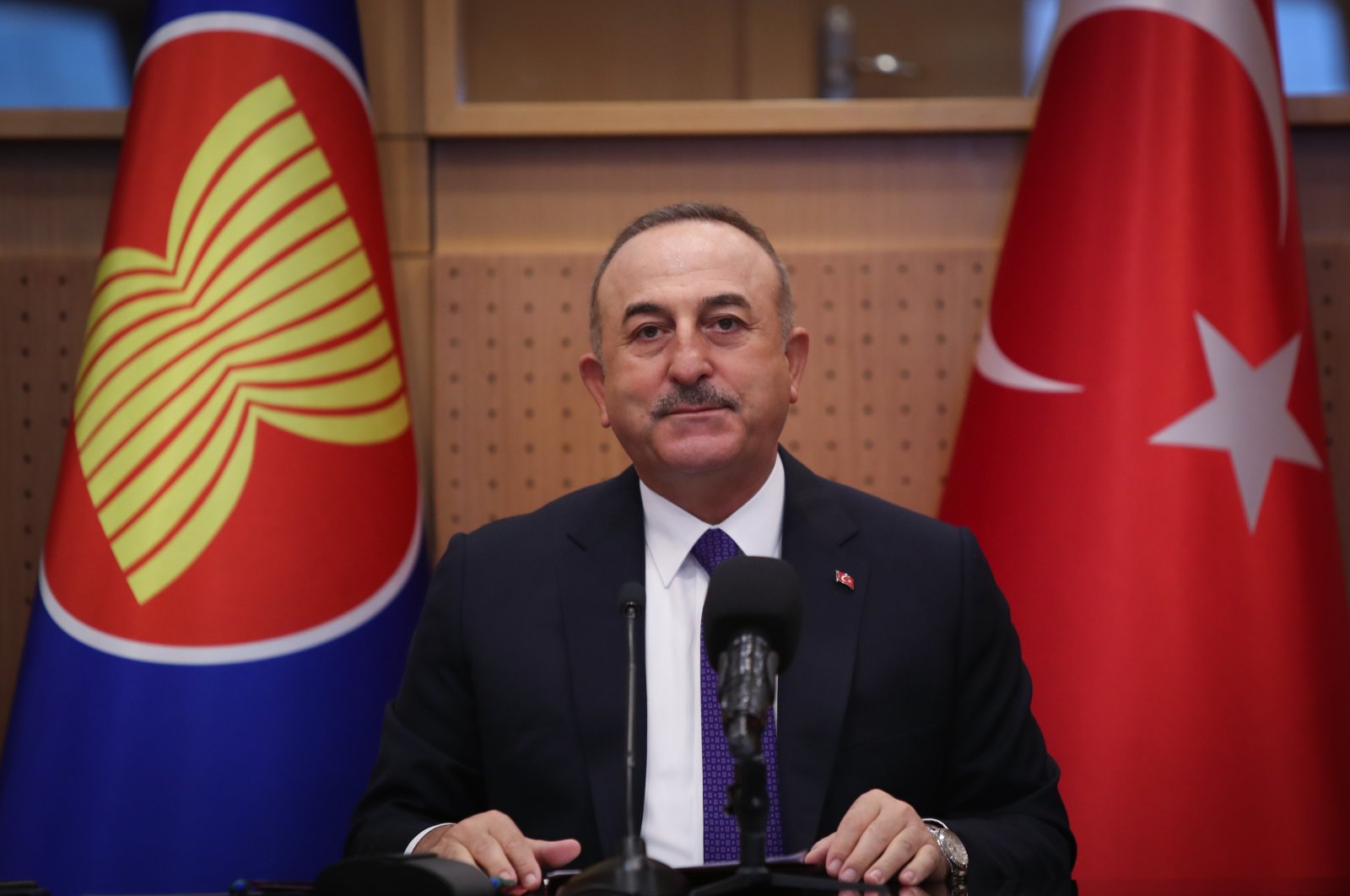 Foreign Minister Mevlüt Çavuşoğlu during a meeting with the ambassadors of the ASEAN member countries in Ankara, Jan. 6, 2021. (AA)
by DAILY SABAH WITH AA Jan 06, 2021 2:15 pm
RECOMMENDED

"We pay special attention to our relations with ASEAN, within the framework of Asia Anew (initiative)," Mevlüt Çavuşoğlu told ambassadors of the ASEAN member states in the capital Ankara.

Turkey launched the Asia Anew Initiative in 2019, to improve ties with Asian countries in different areas. The initiative offers a new vision that might shape the future of Turkish foreign policy as a whole. It aims to improve ties with the Asian countries in various areas, including education, the defense industry, investments, trade, technology, culture and political dialogue.

"ASEAN Summits and Foreign Ministers Meetings are among the most important international political gatherings bringing together more than 30 countries in different formats, especially the European Union, the U.S., China, Russia and Japan," he said.

Underlining that eight of the ASEAN member states have embassies in Turkey, Çavuşoğlu said the embassies contribute tremendously to mutual relations and trade volume.

The trade volume with the countries where Turkey has recently opened embassies grew by 27%, the foreign minister added.

Çavuşoğlu said he will be evaluating all the recent developments with the ambassadors, adding that they will also be discussing ways to improve bilateral relations as well as relations among all ASEAN member states.

Regarding Sectoral Dialogue Partnership, he said it allows deepening cooperation with ASEAN in many areas, including the fight against extremism and terrorism, public-private partnership, renewable energy resources, sustainable development, education, culture, tourism, trade and investment and e-commerce.

Turkey's relations with ASEAN are very fruitful for the whole world, the minister said, adding that they are working on further cooperative projects.

He said the Gems and Jewelry Associations Conference organized by ASEAN was held for the first time in Istanbul in 2019.

Stressing that ASEAN countries are not only active in the economy but also in defense, security and mediation, he said Turkey supports the association's efforts for peace in Myanmar's Rakhine state.

He thanked all the ambassadors who participated in the meeting, which was closed to the press.

Turkey considers ASEAN a key organization in the region, considering its combined economy, dynamic population and strategic location. Turkey applied to become a sectoral dialogue partner for ASEAN in 2015 and its application was accepted on Aug. 5, 2017, during the 50th ASEAN Foreign Ministers Meeting held in the Philippines.

Pakistan, Switzerland and Norway are also sectoral dialogue partners of ASEAN. There are also projects like the Belt and Road Initiative (BRI) with China and various trade relations with many other regional countries. Bilateral visits have also increased in recent years.