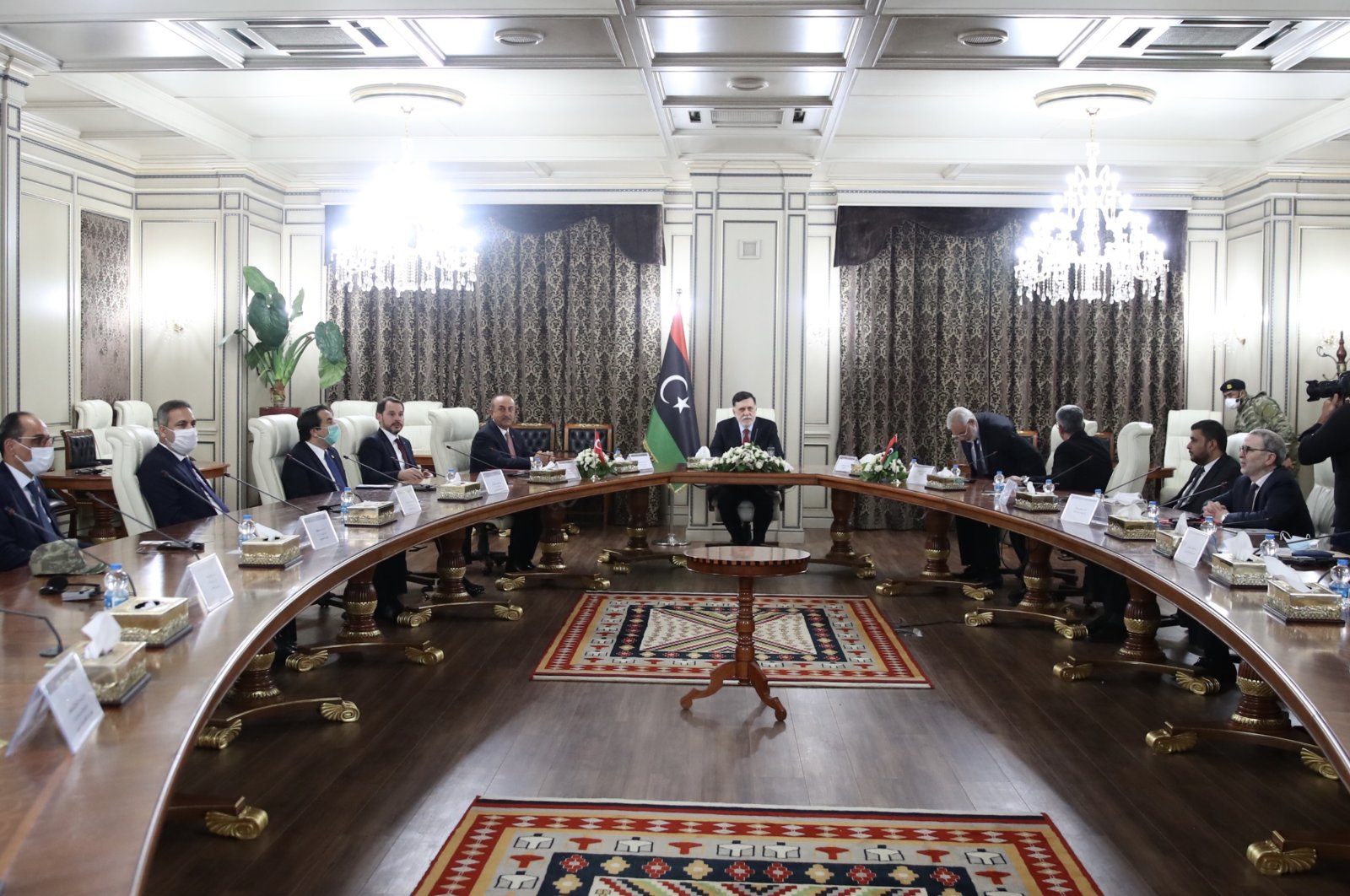 Turkish government officials including the foreign and finance ministers arrived in Tripoli on Wednesday to hold talks with Libya's internationally recognized Government of National Accord (GNA).

Turkey’s Foreign Minister Mevlüt Çavuşoğlu, Treasury and Finance Minister Berat Albayrak, presidential spokesman Ibrahim Kalın and Hakan Fidan, head of the Turkish National Intelligence Organization (MIT), were some of the top names that attended the meeting with the GNA.

Last week, Turkey said it could expand its cooperation in Libya with new energy and construction deals once the conflict ends.

On Monday, a Turkish source told Reuters that Turkey and Libya's government are discussing possible Turkish use of two military bases in the North African country.

No final decisions have been made over possible Turkish military use of the Misrata naval base and the al-Watiya air base, which were recently recaptured by the GNA.

"Turkey using al-Watiya ... is on the agenda," said the source, speaking on condition of anonymity.

"It could also be possible for the Misrata naval base to be used by Turkey," he added.

Libya has been in chaos since the 2011 revolution that toppled Muammar Gadhafi and has been split since 2014 between rival administrations in Tripoli and the eastern city of Benghazi.

The GNA and LNA have returned to ceasefire talks, but the United Nations, which is brokering their discussions, has warned of a possible major escalation due to the flow of weapons and fighters into Libya despite an arms embargo.

The LNA still controls eastern Libya and much of the south, where some of the main oil fields, the source of most external revenue, are located.

However, the National Oil Corporation (NOC) and Central Bank, the only bodies allowed to sell Libyan oil according to international agreements, are located in Tripoli under the GNA.

Oil exports have been frozen for most of this year after eastern-based forces blockaded the ports, including the main ones near Sirte.

Last week NOC briefly restarted production at two of the main oil fields, but was forced to close them again after a few hours.