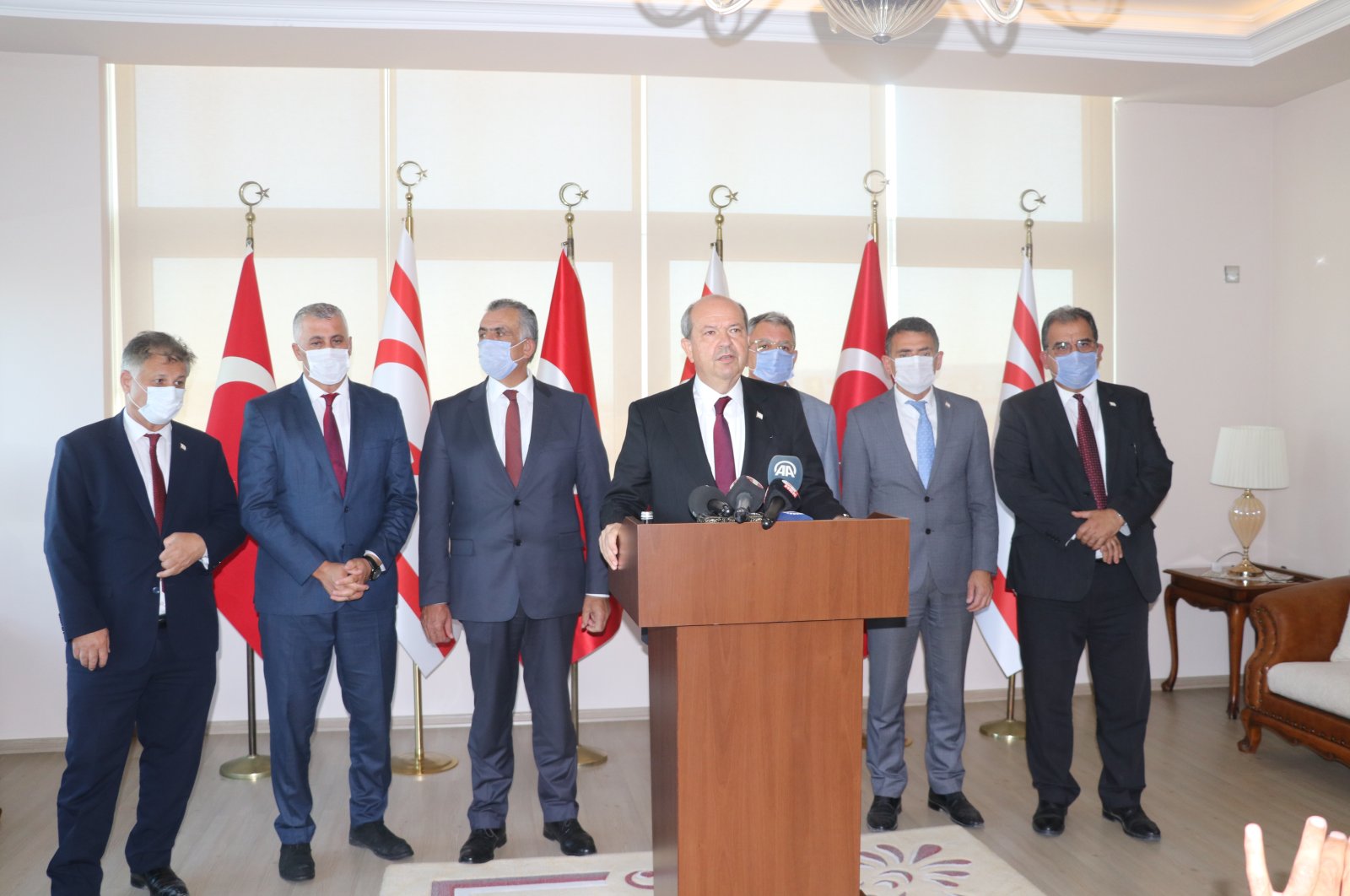 Turkish Republic of Northern Cyprus (TRNC) Prime Minister Ersin Tatar said he was confident about Turkey’s support to the TRNC in the face of ongoing regional problems.

Tatar said he held fruitful meetings during his visit to Turkey, which addressed a range of issues.

"In these meetings, we discussed what kind of process should be carried out in order for the TRNC to become stronger under the current conditions," said Tatar, speaking to reporters at Ercan International Airport.

Tatar said the meetings focused on issues in the Eastern Mediterranean and the town of Maraş, which the government decided to reopen to tourists last year.

"Once again, we have seen how much Turkey cares about the TRNC regarding these developments in the Eastern Mediterranean. Turkey will always continue to support the TRNC," he said.

"We discussed the prosperity of the TRNC and what should be done for a safer future. Our meetings have always been like this. This is even more important due to recent developments," he added.

Tatar said they also discussed efforts to transform a treatment center into a 50-bed pandemic clinic and build a 100-bed pandemic hospital in the future.

On June 18, 2019, the TRNC decided after 45 years to open the ghost town of Varosha (Maraş) near Famagusta (Gazimağosa) for settlement amid heightened tension in the Eastern Mediterranean. What was once a paradise of luxury cars, hotels, villas and superb beaches and a destination for the rich and famous turned into a desolated town after 1974, when Turkish military forces intervened on the island following a Greek-inspired coup.

The coup followed a decade of interethnic violence and terrorism targeting Turkish Cypriots, who were forced to live in enclaves when Greek Cypriots unilaterally changed the constitution in 1963 and stripped the island's Turks of their political rights. The decades since have seen several attempts to resolve the Cyprus dispute, all ending in failure.

Maraş is located in northern Cyprus on the "Green Line," which is the present-day border between the two communities and was closed for settlement subsequent to a United Nations decision in 1974. It was abandoned after the U.N. Security Council passed Resolution 550 on May 11, 1984, which said the town can only be resettled by its original inhabitants. Entry was forbidden except by Turkish army personnel stationed in the TRNC.