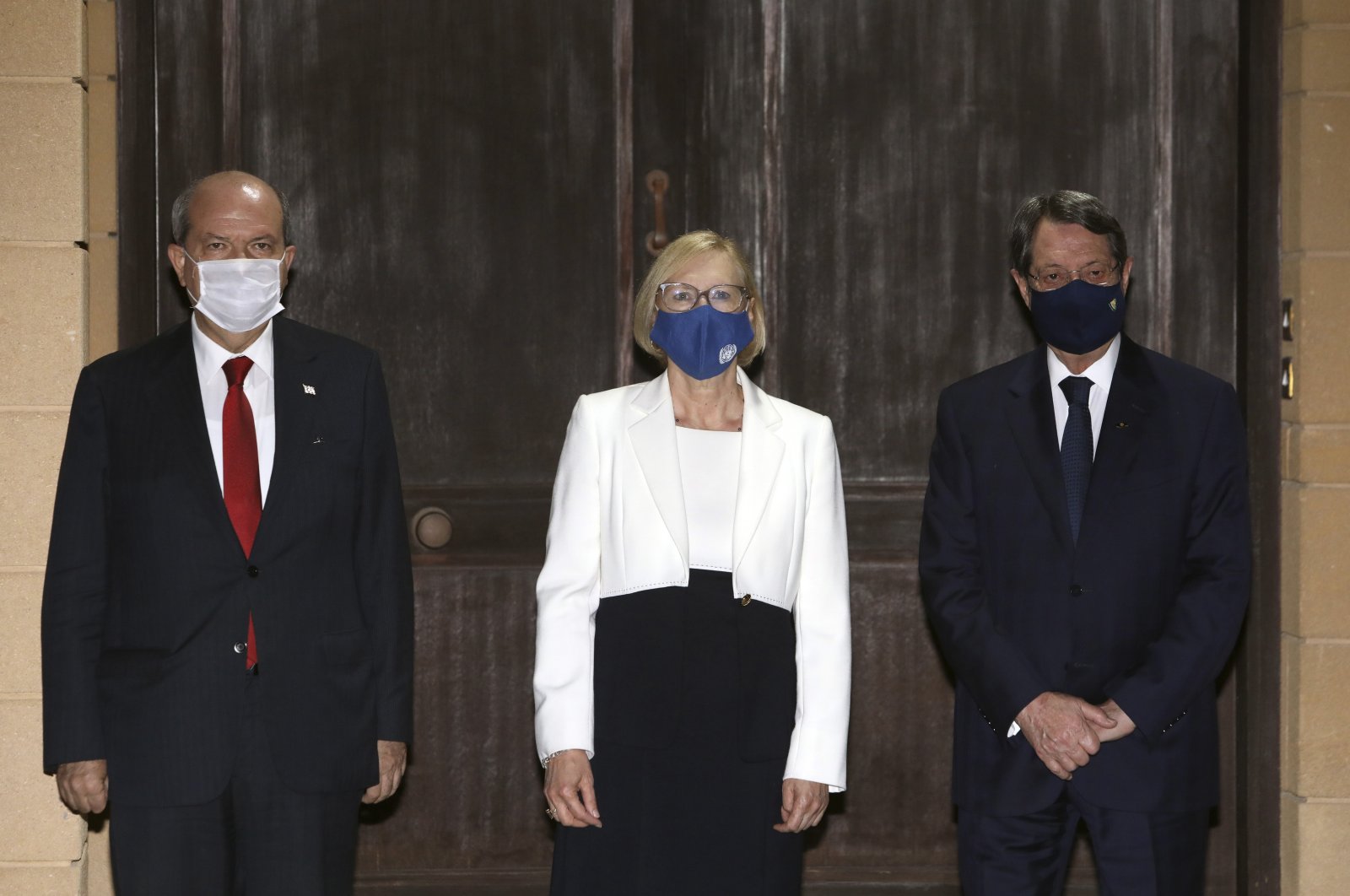 The president of the Turkish Republic of Northern Cyprus (TRNC) is expected to highlight a two-state solution during a meeting with the U.N.'s special envoy to Cyprus.

According to Turkish Cypriot presidential sources, Ersin Tatar is expected to meet Jane Holl Lute on Monday at 14:00 local time.

The meetings will come ahead of an expected 5+1 informal meeting on Cyprus which is planned to be held under the leadership of the U.N. soon.

The island of Cyprus has been divided since 1974, when a Greek Cypriot coup was followed by violence against the island's Turks and Ankara's intervention as a guarantor power.

Tatar is expected to convey clear and determined messages to Lute about the Turkish side's stance before a possible negotiation process that could begin on the Mediterranean island, according to the sources.

The Turkish Cypriot leader will explain in detail the model based on two separate states on the basis of sovereign equality advocated by the Turkish side in the Cyprus issue.

During the meeting, he is expected to tell the U.N. envoy that the negotiations cannot start from where they left off in Crans-Montana, Switzerland and talks on a new federation are out of the question.

The 2017 Crans-Montana Conference held with the participation of the guarantor countries ended in failure.

According to the sources, Tatar will note that the Turkish Cypriots have developed their position on the Cyprus issue in coordination with Turkey.

Tatar will also emphasize that the lack of a solution in Cyprus has a serious negative impact on the security and stability of the region as well as the island, and the attitude of the Greek side also prevents cooperation on hydrocarbon resources in the Eastern Mediterranean.

During the meeting, he will explain that the negotiations can only start on the basis of sovereign equality and of acceptance of two states of equal international status.

He added that otherwise, negotiations would not have any meaning and that such a process would not start, according to the sources.

Last Wednesday, Tatar called on U.N. Secretary-General Antonio Guterres to adopt an open-minded approach to the formula of sovereign equality and two-state cooperation on the island.

He sent a letter in response to a letter by Guterres, the presidency said in a statement.

In light of the new conditions prevailing on the island and the region, for a fair, realistic and sustainable reconciliation, the TRNC aims to establish a cooperative relationship between the two parties based on two sovereign states with equal international status, said Tatar in his letter.

Greece and the Greek Cypriot administration have tried to prevent efforts for a solution on the island, he said, stressing that a resolution on specified grounds will help restore regional security and stability and pave the way for an embracing vision in the Eastern Mediterranean.

He said the Turkish side promotes a two-state settlement based on equal sovereignty in line with the realities on the island.

Common ground should be reached for a new negotiation process to be launched, he added.