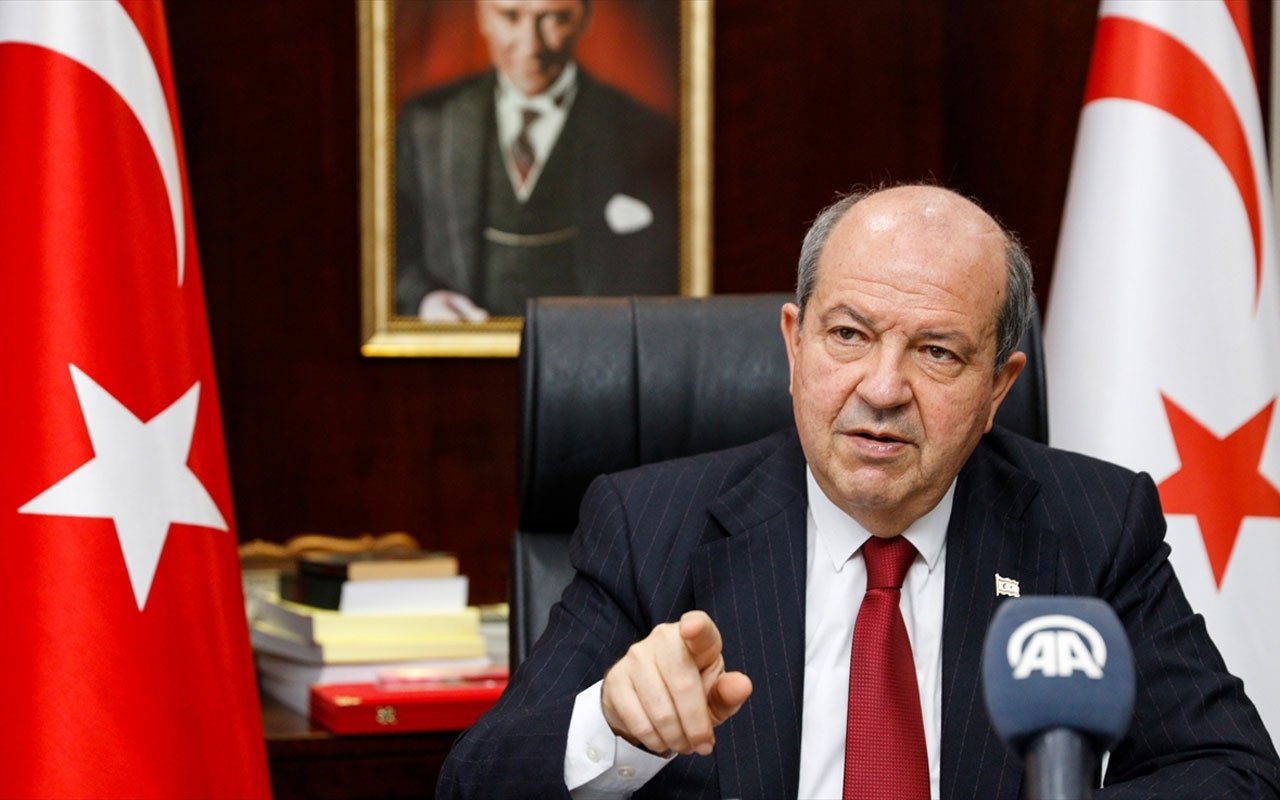 Turkish Republic of Northern Cyprus (TRNC) President Ersin Tatar on Wednesday criticized statements of the Greek Cypriot administration's leader that aimed to harm the 5+1 meetings on the Cyprus issue and the Eastern Mediterranean.

Eyes have turned to an informal 5+1 meeting led by the United Nations on the Cyprus issue, which is expected to take place in the coming weeks with the participation of guarantor countries, Tatar said in a written statement.

He stressed that the incitement and unacceptable demands by the Greek side have also intensified.

Greek Cypriot leader Nicos Anastasiades' statements that "the U.N. parameters should not change, the Turkish side's plans for the complete opening of the closed town of Varosha (Maraş) should end, and Turkish activities in the Eastern Mediterranean should be terminated" are unacceptable, Tatar stressed.

The town of Varosha was partially opened last October after decades as a "ghost town" in the wake of the 1974 Peace Operation.

Anastasiades, by listing these impositions and implementing them as a condition, implies that the status quo in Cyprus would continue, which is unacceptable as well, Tatar said, noting that the Greek administration intends to torpedo the informal 5+1 meeting.

Tatar said the U.N. parameters that have been on the agenda for years on Cyprus have not yielded results so far and an agreement cannot be reached with these parameters.

"Insisting on the current parameters is to play into a deadlock," Tatar said. "So, we will not bow to the conditions of the Greek side."

He said the efforts to open Varosha as planned will continue and are being implemented by the Turkish side, while their work in the Eastern Mediterranean will also continue.

"The Greek Cypriot side will never be allowed to own the energy resources in the Eastern Mediterranean alone and to violate the rights of the TRNC and Turkey underfoot."

Recalling Greek Cypriot administration Foreign Minister Nikos Christodoulides' statement that, "There can be no solution outside the federation grounds," Tatar stressed that his views point to a solution model based on the cooperation of two sovereign states living side by side with equal rights.

Tatar also said the 2017 Crans Montana talks collapsed due to the Greek side's intransigence, reiterating U.N. Secretary-General Antonio Guterres' remarks following the talks that new views on the Cyprus issue could also be introduced to the table.

"We've raised a solution model based on the cooperation of two equally sovereign states as a new view and a new way, and we will also bring it to the table at the informal 5+1 meeting, and there will be no backing down from this," stressed Tatar.

"It should be noted that the cooperation-based solution model of two equally sovereign states, supported by Turkey, the largest and most powerful country in the region, is the most realistic solution model that can benefit Cyprus and the region."