Turkey remains key power in NATO despite friction with allies 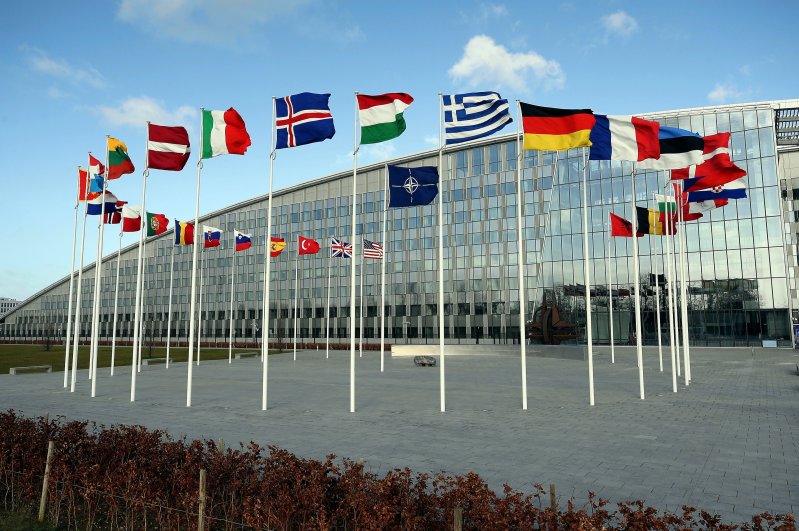 Turkey, which joined the military alliance among 29 North American and European countries in 1952, saw NATO membership as something that would make a positive contribution to the country's economic, military and political development. (AA Photo)
by Eralp Yarar Feb 26, 2020 12:55 pm

Turkey is not just an ordinary member of NATO. It stands at the center of the bloc, experts say, while underlining the country’s strategic role within the alliance as last week marked the 68th anniversary of Turkey's accession to NATO.

"We proudly celebrate the 68th anniversary of Turkey's accession to NATO. Throughout 68 years our country has protected NATO's borders and upheld the Alliance's values and principles," Osman Aşkın Bak, the head of the Turkish delegation to the NATO Parliamentary Assembly, said in a tweet last week, adding that Ankara "will continue to work with our allies in unity and solidarity.”

Separately, Turkey's Foreign Ministry stated that the country was "among the top contributing allies to NATO."

"Since 1952, we have been assuming important responsibilities in NATO operations and missions. #WeAreNATO," it said in a statement.

In response, NATO shared a video clip in support of Turkey, narrating the common values shared with the allies.

"NATO is a family of common values. We are united with our allies for peace and stability. #Turkey is NATO, #WeAreNATO," the alliance said on Twitter.

Since Ankara’s NATO journey started 68 years ago, only three years after the organization was founded, Turkey has been committed to the alliance and both actors have gained mutual benefits from it despite various ups and downs.

Speaking to Daily Sabah, Hüsamettin İnaç, chairman of Dumlupınar University's Department of Political Science and International Relations, said Turkey still stands at the center of the alliance despite some fluctuations throughout the relationship.

“Since NATO was founded as a military alliance against the Soviet expansion in 1949, Turkey has become one of the most important members as a 'wing country' due to its geo-strategic location since 1952. After the end of the Cold War with the fall of the Berlin Wall in 1989 and the dissolution of the Soviet Union in 1991, NATO’s relevance and Turkey’s role in the alliance in the new global order began to be questioned. While this led to an ontological questioning for NATO, Turkey started to think that it lost its geopolitical and geostrategic importance. However, the reality has been different,” İnaç explained.

Mustafa Kibaroğlu, chairman of the Political Science and International Relations Department at MEF University, also said the disintegration of the Soviet Union in December 1991 and the emergence of independent states across Turkey’s northeastern border enabled the Turkish security elite to reassess the threats perceived from the region.

"As a consequence of historic developments, the military planners in Ankara shifted their attention from Turkey’s northern neighbors Bulgaria and the Soviet Union to southern and eastern neighbors Syria, Iraq and Iran, and redeployed military units accordingly," he added.

NATO, founded in 1949 to contain a military threat from the Soviet Union, relies on U.S. military superiority to combat a host of threats on Europe's borders, including a resurgent, nuclear-armed Russia and militant attacks. NATO also aims to guarantee the freedom and security of its members through political and military means.

Turkey, which joined the military alliance among 29 North American and European countries in 1952, saw NATO membership as something that would make a positive contribution to the country's economic, military and political development. Since then, Turkey has been a vital ally, providing NATO a connection to the East and control of Turkey's straits. Turkey attaches utmost importance to NATO's role in maintaining security and stability in the Euro-Atlantic area.

Recent years, however, have witnessed some disagreements between the bloc’s members and Ankara. Turkey has been criticizing NATO for its failure in recognizing the country's security concerns and acting as a proper ally. The fight against terrorism, particularly against groups like the PKK, YPG and Gülenist Terror Group (FETÖ), has been a major sticking point for years now.

In its fight against the PKK, "despite being labeled a 'staunch ally' by the other members of NATO, Turkey had to carry out a tremendous job and to sustain it for nearly three decades without enough tangible support coming from the allied and friendly countries," Kibaroğlu said.

Recently, tensions between Ankara and NATO heightened once again after Turkey launched an operation in northern Syria to secure its borders from terrorist elements. Turkey launched Operation Peace Spring on Oct. 9 to eliminate all terrorist groups from northeastern Syria and create a safe zone along the border, paving the way for the voluntary return of Syrian refugees.

Several NATO members, including the U.S., France and Germany, criticized the operation, expressing concerns over a potential humanitarian crisis and wider instability in the region, ignoring Turkey's needs for support for its security. Even some suggestions on removing Turkey as a member state were voiced. Despite ups and downs in the alliance relations, neither Turks nor their Western allies have felt the need to call Turkey’s membership into question until recently.

“Despite some disagreements, it is not possible to think of NATO without Turkey. While NATO does not have a legal mechanism to remove a country from membership, Turkey also has no intention to leave the bloc. Even if NATO does not completely recognize Turkey’s priorities on national security and provide necessary defense mechanisms, it is a deterrent force for third parties in Turkey’s foreign policy,” İnaç said.

“For example, Turkey could not make a maritime deal with Libya if it is not a NATO member. The deal has changed the power balance in the Eastern Mediterranean in favor of Turkey,” he added.

Another crisis between the two sides was derived from Turkey’s decision to purchase the Russian S-400 missile defense system last year. Some U.S. Congress members called on the Trump administration to impose sanctions on Turkey over its purchase of the defense system.

While Washington said the S-400 system is not compatible with NATO defenses and poses a threat to its F-35 stealth fighter jets, Turkey emphasized that the S-400 would not be integrated into NATO systems and would pose no threat to the alliance, rejecting calls to back out of the deal. Ankara also stressed it was the U.S.' refusal to sell it Patriots that led it to need to seek out other sellers, adding that Russia offered it a better deal, including technology transfers.

"Security experts covering NATO-related issues should better be studying Turkey’s above-mentioned experiences closely in order to draw some precious lessons that would surely have relevance to the global fight against transnational terrorist organizations, instead of calling Turkey’s membership into question and recklessly suggesting its discharge from the Alliance," Kibaroğlu said.

Speaking to Russia Today amid the ongoing tension between Turkey and NATO on the issue, analyst Vladimir Bruter had said that NATO needs Turkey more than Turkey needs NATO and added that if NATO excludes Turkey, this would be a big problem for the bloc.

Despite all of these criticisms and attempts to create distance between Turkey and NATO, Ankara has repeatedly expressed its loyalty to the organization and reminded Europe of its position.

Idlib: Another test for the alliance

The most current issue on which Turkey expected support from the organization has been the latest situation in northwestern Syria’s Idlib.

While Russian-backed Bashar Assad regime forces’ have been trying to capture the last strong opposition bastion in the country, Idlib, which was declared a de-escalation zone in a deal signed between Moscow and Ankara in 2018, a humanitarian crisis has been deepening. Nearly 1 million displaced civilians moved to areas near the Turkish border to save their lives.

Several countries and the U.N. have made urgent calls for a cease-fire in Idlib, where the current humanitarian emergency has been described as the worst since the start of the conflict. According to the U.N.'s Office for the Coordination of Humanitarian Affairs, some 170,000 people are sleeping rough in Idlib province, which saw snow and sub-zero temperatures earlier this month.

Also, Turkish troops stationed in the region with the duty of protecting the de-escalation zone and civilians were being targeted by Russian-backed regime forces in recent weeks.

“After the Sochi deal, both sides failed to honor some aspects of the deal. In this process, Russia kept backing Assad by providing airstrike support and logistical aid. In the last few months, Russia has changed its stance against Turkey on the Idlib issue,” said İnaç.

“Within this context, Turkey reminded NATO allies of the possible damages created by Russia’s pro-regime policies in Idlib. Wanting to avoid a direct clash with Russian forces, Turkey wants to benefit from NATO’s deterrence force and expects the support of Patriots to enforce the air-defense system. However, Turkey fiercely rejects the direct involvement of NATO in the Syrian crisis. Adopting a policy of balance between NATO and Russia, Turkey hopes that NATO will convince Russia to adhere to the deals signed with Turkey. As a result, Turkey has informed Russia that it has alternatives. If Russia does not cooperate in northwestern Syria, Turkey declares that it will continue its plans with NATO allies and keep its guarantor status to bring stability and peace to Syria,” he added.