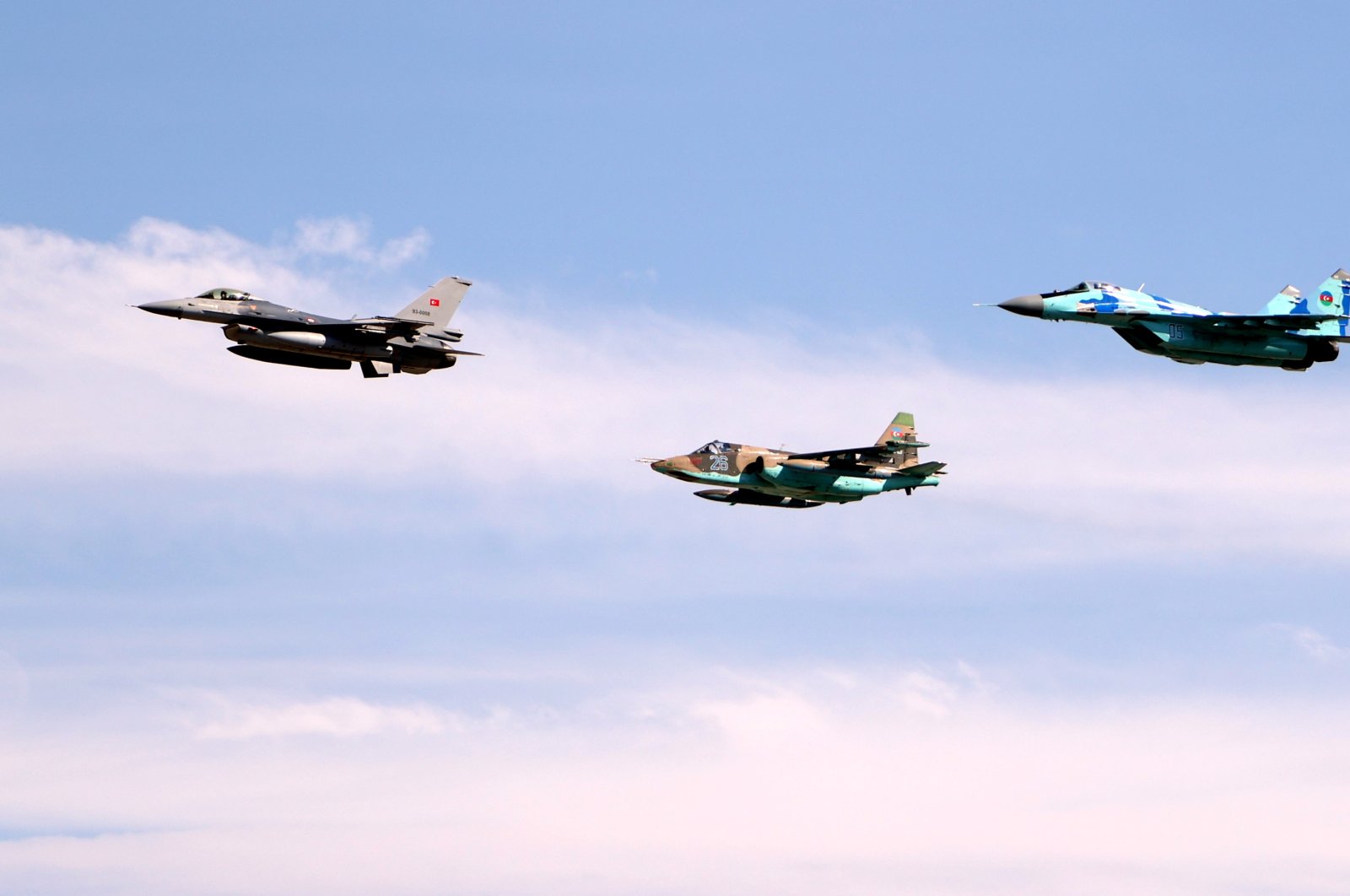 Turkey hopes Armenia abides by the terms of the Nagorno-Karabakh cease-fire and that permanent peace and stability are ensured in the region, Defense Minister Hulusi Akar said as he attended a joint drill with his Azerbaijani counterpart.

Akar was speaking to reporters after a briefing on the TURAZ Hawk 2021 drill, held at the 3rd Main Jet Base Command in Konya.

While noting that Turkey respects its neighbors’ territorial integrity and sovereignty, Akar said Turkey would never violate the land, air or sea borders of any of its neighbors, nor would it allow its own border security to be violated.

“Everyone should know that we do not have any secret agendas,” Akar said.

A joint Turkish-Russian center was established to monitor the truce. Russian peacekeeping troops have also been deployed to the region.

Despite a Nov. 10 deal last year ending the conflict, the Armenian army at times violated the agreement and killed several Azerbaijani soldiers and a civilian, and wounded a number of others, according to the Azerbaijani Defense Ministry.

“The fact that we have a sibling-like Turkey, standing beside us, empowers us. The Azerbaijani people really value Turkey’s support,” Hasanov said.

“The President of Turkey, the Defense Minister and other high-level officials have frequently provided Azerbaijan with political, moral and diplomatic support,” he said, adding that this solidarity has shown the world the unbreakable bond between the two countries.