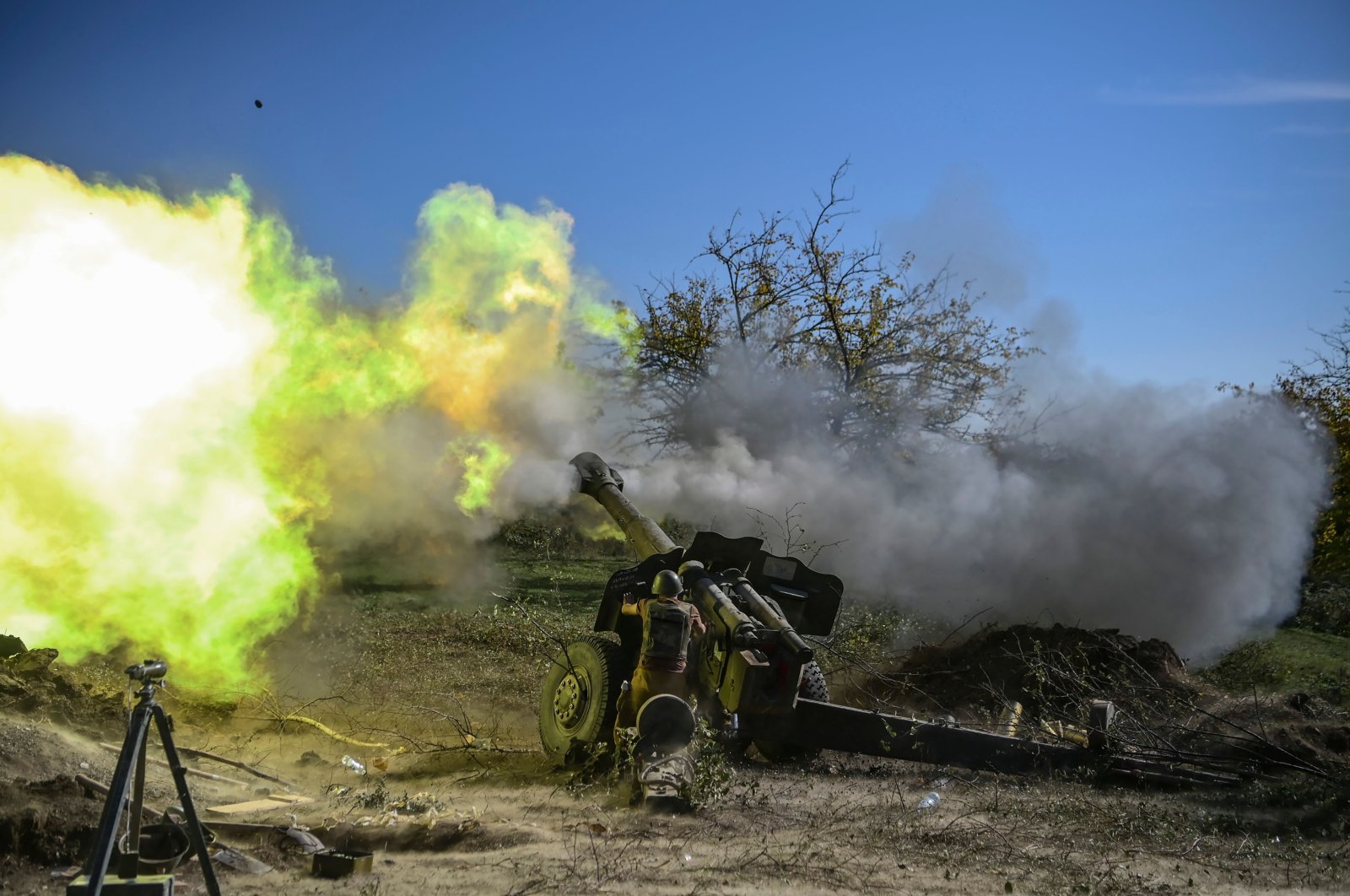 An Armenian soldier fires artillery on the front line during the ongoing fighting between Armenian and Azerbaijani forces over the region of Nagorno-Karabakh, Oct. 25, 2020. (AFP)
by DAILY SABAH WITH AA Dec 29, 2020 11:51 am
RECOMMENDED

Turkey on Monday denounced a recent cease-fire violation and attack on Azerbaijani servicemen and civilians by Armenian forces in Nagorno-Karabakh.

"The attacks carried out in Nagorno-Karabakh against the Azerbaijani Armed Forces by the Armenian elements, who refused to lay down their arms and withdraw, are a clear violation of the cease-fire regime established by the Trilateral Declaration dated Nov. 9, 2020," Turkish Foreign Ministry Spokesperson Hami Aksoy said in a statement.

"Military and civilian casualties and injuries occurred as a result of the attacks by Armenian armed elements, which took place earlier on Nov. 26, Dec. 8 and Dec.11, and the latest one on Dec. 27. As the signatory of the Trilateral Declaration, the primary responsibility for the withdrawal of all armed Armenian elements and compliance with the cease-fire regime lies in Armenia," Aksoy said.

Azerbaijan's Defense Ministry said on Monday that one soldier had been killed in an attack in the Nagorno-Karabakh region, in violation of the cease-fire struck in November that ended 44 days of fighting.

The ministry statement said the incident occurred on Sunday in the Khojavend region when a group of six Armenians launched an attack on units of the Azerbaijan army in the direction of Aghdam village. One soldier was killed while another one was wounded and evacuated to a medical institution after receiving first aid, the ministry said.

The ministry added that as a result of the actions taken, all six members of the illegal Armenian armed group were killed. The ministry warned if a similar case happens again, the Azerbaijan army will take necessary measures.

This is the second violation of the cease-fire in the region as four other Azerbaijani soldiers were killed two weeks ago when their units were attacked in areas adjacent to the Nagorno-Karabakh region.

Aksoy stressed that the Azerbaijani side gave the "necessary response" by using its right to self-defense against the "provocations" of the Armenian armed elements.

"In order to be a stakeholder of the lasting peace that is trying to be established in the region, Armenia must accept the realities in the field and fulfill the commitments it has undertaken with the Trilateral Declaration," he added.

Aksoy also wished Allah's mercy upon the "Azerbaijani brothers" who lost their lives in the attacks and a speedy recovery to the wounded and extended condolences to all Azerbaijanis.

In 44 days of fighting that began in late September and killed more than 5,600 people on both sides, the Azerbaijani army pushed deep into Nagorno-Karabakh, forcing Armenia to accept last month's peace deal which saw Azerbaijan reclaim much of the region along with surrounding areas. Russia deployed nearly 2,000 peacekeepers for at least five years to monitor the peace deal and to facilitate the return of refugees.