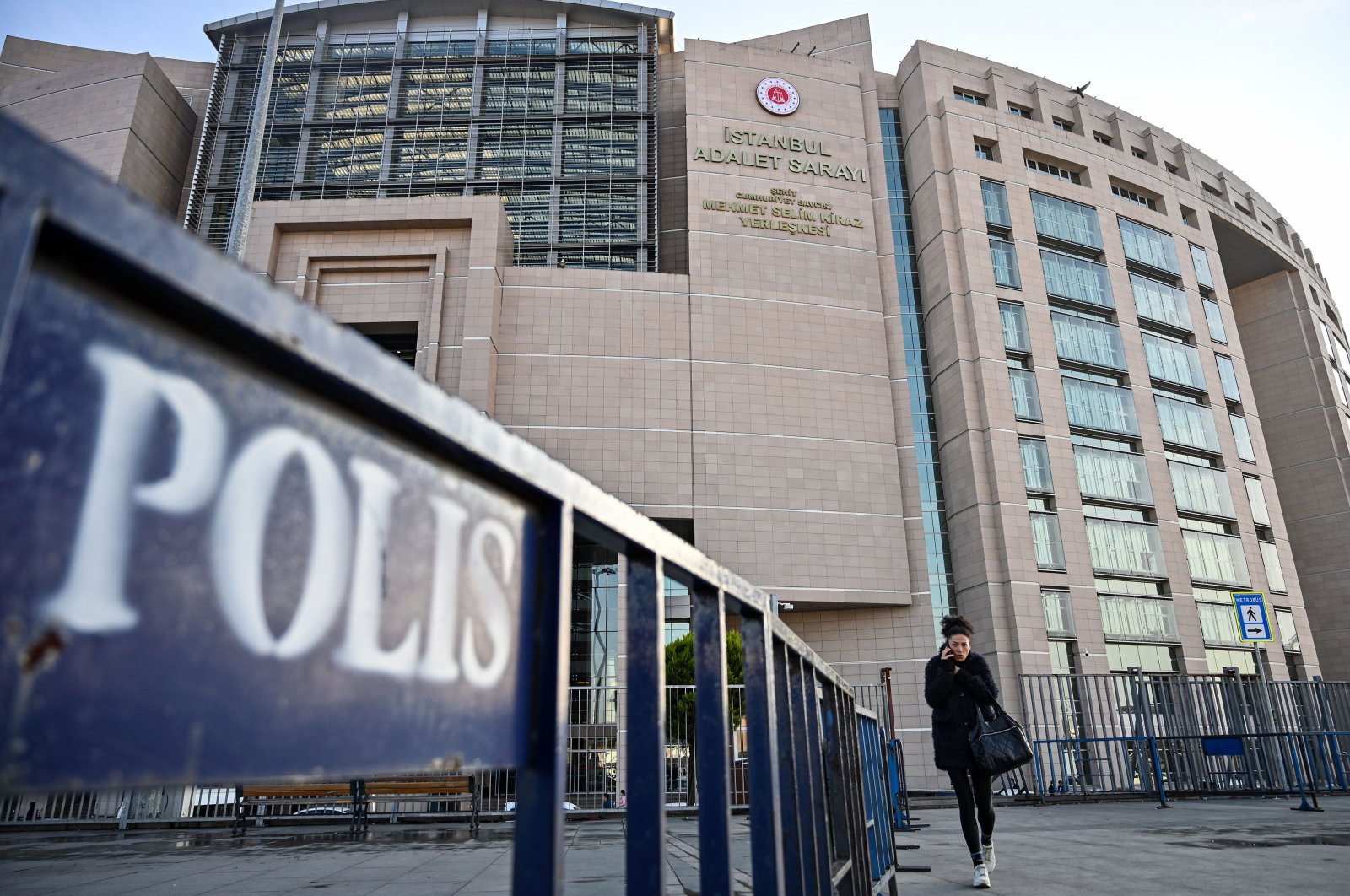 In this file photo, a woman walks in front of a courthouse in Istanbul during the trial of Metin Topuz, a U.S. Consulate employee accused of spying and attempting to overthrow the government, Dec. 11, 2019. (AFP Photo)
by DAILY SABAH Jun 12, 2020 2:16 pm
RECOMMENDED

Following remarks by the U.S. criticizing the sentencing of a Turkish U.S. Consulate officer due to links to the Gülenist Terror Group (FETÖ), Turkey responded on Friday by urging Washington to respect judicial independence and refrain from politicizing the issue.

“The rule of law is paramount in Turkey, and the Turkish judiciary is independent. Our country will pursue its fight against the FETÖ terrorist organization, which targeted our constitutional order and national unity, on the basis of global law principles,” the Turkish Foreign Ministry said in a written statement.

An Istanbul court on Thursday sentenced Metin Topuz to eight years and nine months in prison on charges of helping FETÖ, the terrorist group behind a 2016 coup attempt in Turkey. According to the indictment, Topuz had been accused of having contact with Zekeriya Öz, a key FETÖ fugitive, as well as former police chiefs and soldiers affiliated with the terrorist group and helping them in their activities.

He was also accused of four other crimes, such as attempting to topple the Turkish government and espionage, but was acquitted of these due to lack of evidence. The court ruled for the continuation of his detention.

U.S. Secretary of State Mike Pompeo, on the other side, said Thursday his country was "deeply troubled" by the decision, voicing hope it would "swiftly be overturned."

In his statement, Pompeo said: “U.S. officials observed every hearing in the trial of Mr. Topuz in Istanbul, and we have seen no credible evidence to support this decision.”

The ministry reiterated that Topuz had the right for appeal within seven days.

“We invite U.S. authorities to respect the principle of judicial independence and to refrain from stances toward influencing the judiciary and from attributing political meanings to independent judicial decisions,” the ministry’s statement said.

It added that it is thought-provoking that the U.S., which sees itself as the defender and owner of democracy, freedoms and principles of the rule of law, ignores these basic principles when the case is Turkey and terrorist organizations.

Saying that Topuz is not the only person with links to FETÖ in the U.S. representations found in Turkey, the ministry indicated that Arif Yalçın, who started to work in the U.S. Embassy in 2018 after being dismissed from the Turkish military academy following the July 15 coup attempt, is another figure affiliated with FETÖ and was therefore arrested.

“This shows that FETÖ members not only infiltrated state departments but also U.S. missions in Turkey,” it added.

The ministry further reiterated that Turkey did not receive any positive response regarding the extradition of FETÖ members, including the leader of the terrorist group, Fetullah Gülen.

“This displays the indifferent stance of the U.S. toward FETÖ. We observe with concern the fact that the U.S., as a result of these stances, has become a safe haven for FETÖ terrorist organization members,” the statement said.

The U.S. is home to a large community of Gülenists, including the group's leader who has lived in self-imposed exile in a secluded compound in the U.S. state of Pennsylvania since 1999. The U.S. is the target of most extradition requests. Turkey has sent seven extradition requests for Gülen to Washington but has seen little progress in his extradition.

Since the coup attempt, 19,583 officers have been expelled from the army and 4,156 others face criminal proceedings for involvement in the coup attempt and ties to the terrorist group.