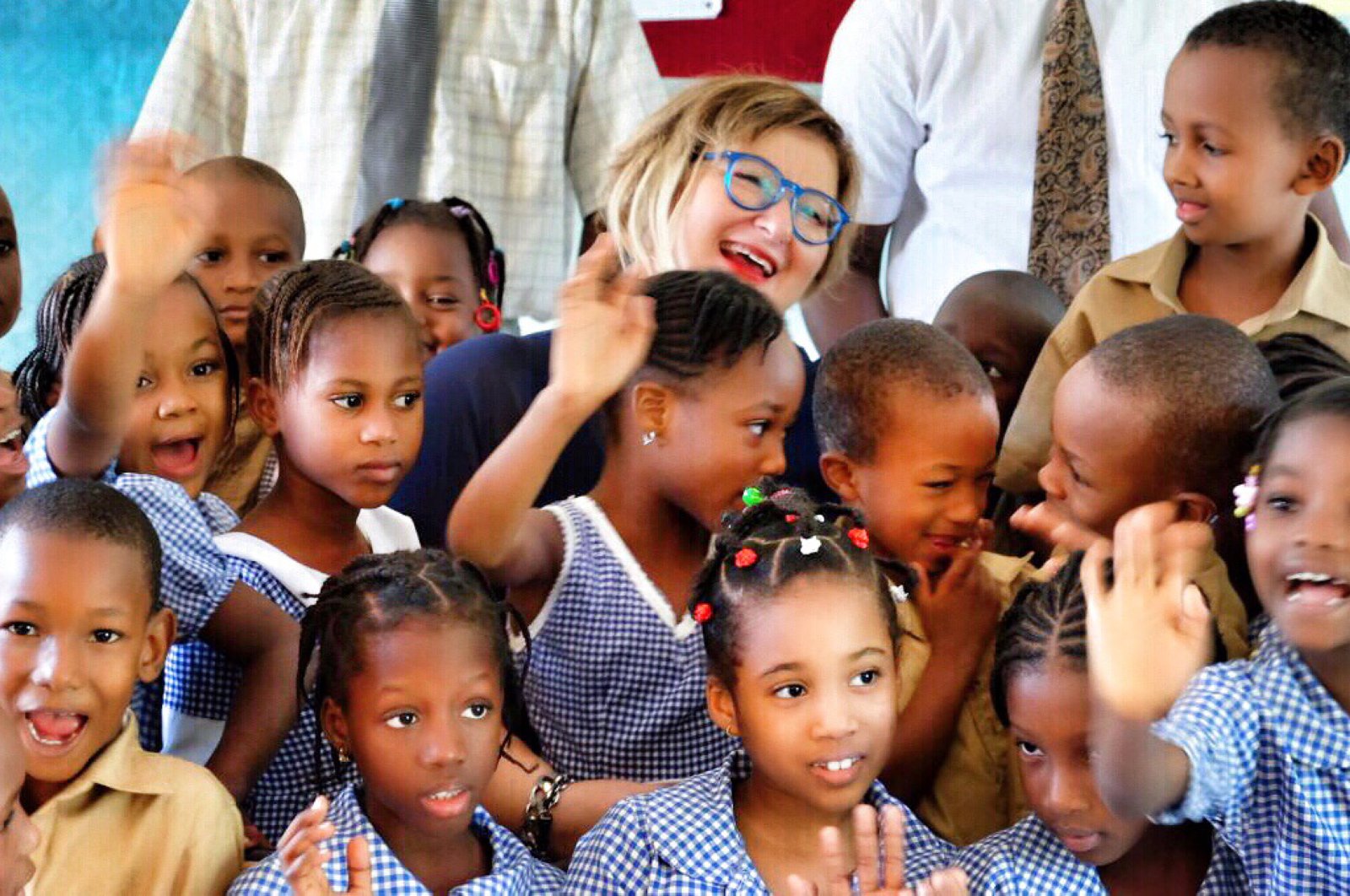 Nur Sağman, deputy general director for Africa at the Turkish Foreign Ministry, alongside with African children. (AA)
by DAILY SABAH WITH AA May 26, 2020 12:05 pm
RECOMMENDED

A senior Turkish diplomat praised relations between Turkey and Africa on Monday, which marks Africa Day, the anniversary of the foundation of the African Union.

"Our embassies, operating in 42 countries of the African continent, are working hard," said Nur Sağman, deputy general director for Africa at the Turkish Foreign Ministry.

Sağman described Turkey's policy toward Africa as "effective, beneficial, and most importantly sincere for this continent."

Africa Day is the annual commemoration of May 25, 1963, the day the African Union was founded.

Sağman also praised Turkish institutions such as Turkish Red Crescent, Disaster and Emergency Management Authority (AFAD), and Presidency for Turks Abroad and Related Communities (YTB) for their operations on the continent.

The Turkish diplomat also said that a planned Africa-Turkey Partnership Summit to be held in 2021 was expected to become a "cornerstone" for ties between Turkey and the continent.

Turkey's Africa opening, which dates back to the action plan adopted in 1998, took shape in 2005 when it was declared the “Year of Africa” by Ankara and Turkey was accorded observer status by the Africa Union the same year.

In 2009, there were only 12 Turkish embassies in African countries, with five of them in North Africa, now, there are 42.

On Monday, Foreign Minister Mevlüt Çavuşoğlu also said that solidarity with Africa was more essential than ever as the world struggles with the coronavirus.

Sağman, the former Turkish ambassador in Guinea, also commemorated African music icon Mory Kante, who died on May 22 at the age of 70.

Sağman said that Kante was a "friend of Turkey" and represented his country and Africa in the best way all over the world.

"When I was working in Guinea, he attended every event of our Embassy," she added.

Kante's hit Yeke Yeke was the first-ever African single to sell over one million copies.

In 2001, Kante was nominated Goodwill Ambassador of the Food and Agriculture Organization of the United Nations (FAO).