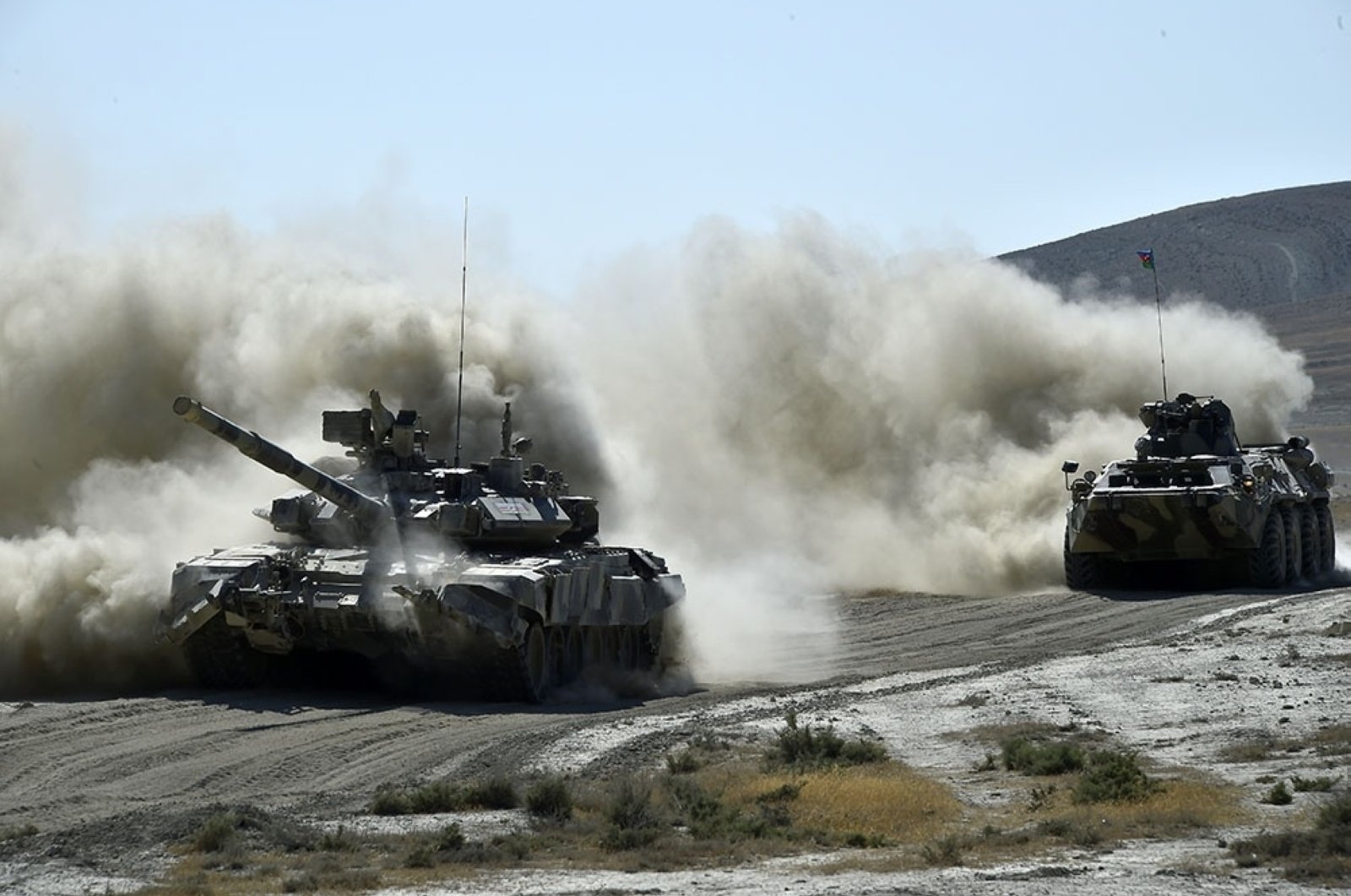 Yerevan continues its aggression against Baku, this time deliberately targeting civilians. Both Azerbaijan and its closest ally Turkey have condemned the incident, with the latter reiterating its full backing for the former

Ankara reiterated its support to Azerbaijan in the face of Armenian aggression early Sunday, with many officials and the Turkish Foreign Ministry declaring unwavering backing to the brotherly Turkic nation.

In a statement, the Turkish Foreign Ministry said Armenia is staging yet another provocation.

"Azerbaijan will of course use its legitimate right of self-defense to protect its civilians and territorial integrity. In this process, Turkey's support for Azerbaijan is unwavering. However, if Azerbaijan wants us to support them, we will do so," Turkish Foreign Ministry spokesperson Hami Aksoy said in the statement.

"We are calling on the international community to stand by the righteous," he added, further wishing Allah's mercy on the fallen and fast recovery for the wounded.

Azerbaijan's Defense Ministry said early Sunday that Armenia launched large-scale attacks against civilians and its military, and Azerbaijan launched an operation in retaliation along the "contact line," a heavily mined no-man's-land that separates the Armenian-backed forces from Azerbaijani troops in the region.

On the other hand, Presidential Spokesperson Ibrahim Kalın took to Twitter to declare the country's pro-Azerbaijan stance once again.

"Armenia has violated the cease-fire and showed that it is against peace and stability. The international community should immediately say 'no' to this dangerous provocation," Kalın added.

"We wish Allah's mercy upon the victims. Azerbaijan is not alone; it has Turkey's full backing," he concluded. "We condemn Armenia's attacks against civilians. Turkey stands by Azerbaijan in the face of such attacks," he said.

Turkey's Defense Minister Hulusi Akar also condemned Armenia's "heinous" attack, in a statement released later in the day. "We are with our Azerbaijani brothers, who are fighting for their territorial integrity, to the end with all the means we have," he said.

"Armenia has once again staged a law-defying provocation," he said, adding that his party and the Turkish government condemn the attacks.

"The murder networks of Armenia are perpetrating crimes against humanity through such attacks. The international community should raise its voice against Armenia," Çelik added.

"Turkey stands by Azerbaijan. Armenia is playing with fire and threatening regional peace. These attacks have shown that Armenia defies international law," he concluded.

The Chairwoman of the Good Party (IP) Meral Akşener also condemned Armenian aggression, saying that they fully stand beside Azerbaijan.

In a statement on Twitter, Akşener said Armenian attacks against Azerbaijan are unacceptable.

“I call on the government, the international community and the Minsk Group to end Armenian occupation and take steps to immediately solve the matter,” Akşener said.

Accusing the Yerevan administration of being the center of instability, occupation and invasion in the Caucasus region, Bahçeli said Armenian aggression near the border region poses a national security threat for Turkey and Azerbaijan.

He highlighted the historical and cultural solidarity between the two countries, as he condemned Armenia’s oppression and assassinations.

"We have destroyed vehicles belonging to the Armenian military," he said.

The Azerbaijani ministry previously also said that an Azerbaijani helicopter had been downed but that its crew had survived.

Hikmet Hajiyev, an aide to Aliyev, released a statement later in the day, condemning Armenian aggression.

"The bombardment of densely populated civilian areas and installations situated along the frontline by Armenia's armed forces has been deliberate and targeted. There are reports of dead and wounded among civilians and military servicemen. Extensive damage has been inflicted on many homes and civilian infrastructure," he said on Twitter.

"Armenia's deliberate targeting of residential areas and the civilians is a gross violation of the international humanitarian law, including the Geneva Convention of 1949. Targeting the civilian population is a tactic incorporated in the combat training of Armenia's armed forces, and the Khojaly genocide perpetrated in February 1992 has been a vivid testimony to that," Hajiyev added.

"According to the international law, Armenian armed forces' strikes against the positions of Azerbaijan's army, against the civilians and civilian infrastructure, with the use of large-caliber weapons, are Armenia's yet another military aggression and an act of the use of force against Azerbaijan," the aide said.

"Azerbaijan has repeatedly stated that Armenia's ongoing military aggression against Azerbaijan and the presence of the armed forces of Armenia in Azerbaijan's occupied territories have remained a significant threat to regional peace and security," he said.

The aide concluded by saying that Armenia "resorted to another military adventure and a provocation" even though the world is battling the coronavirus pandemic and the country has demonstrated "a flagrant disregard for the international law, U.N. Charter and the international community."

"The responsibility for the present situation and future developments lie squarely with Armenia's political-military leadership," he said.

The two former Soviet countries have long been in conflict over the Azerbaijani territory of Nagorno-Karabakh, which is under illegal Armenian occupation, and border clashes have intensified in recent months.

Though a cease-fire was agreed in 1994, Azerbaijan and Armenia frequently accuse each other of attacks around Nagorno-Karabakh and along the separate Azerbaijani-Armenian frontier.