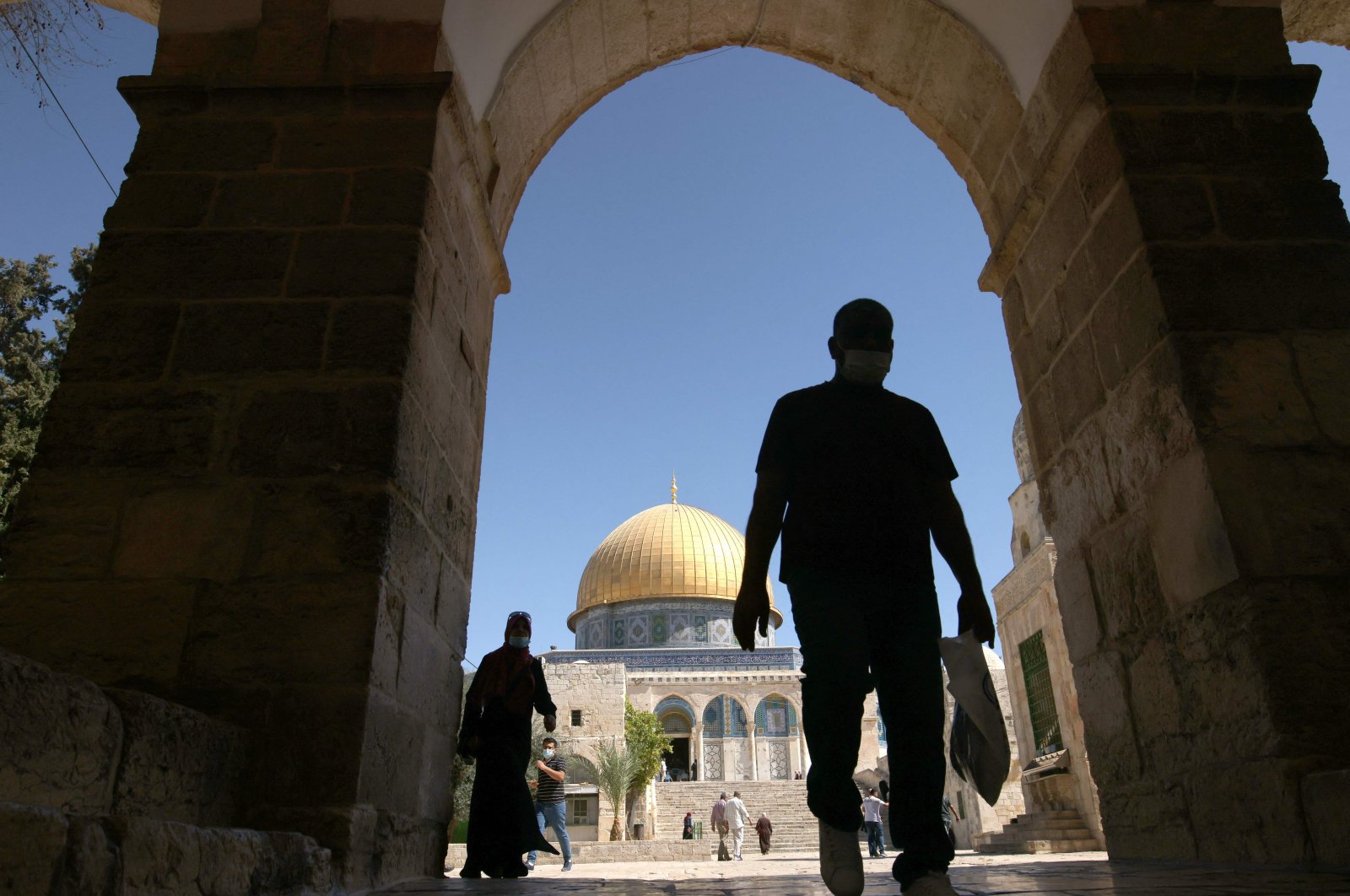 Palestinians are pictured in front of the Dome of the Rock shrine at the Al-Aqsa Mosque compound in the Old City, East Jerusalem, occupied Palestine, Oct. 7, 2021. (AFP Photo)
by DAILY SABAH Oct 07, 2021 8:24 pm

The Turkish Foreign Ministry in a written statement said that the decision risks encouraging fanatic circles that try to erode the status quo at Al-Aqsa and warned that the move could lead to tensions.

The ministry further called on the international community to reject this “wrong, illegal and dangerous decision.”