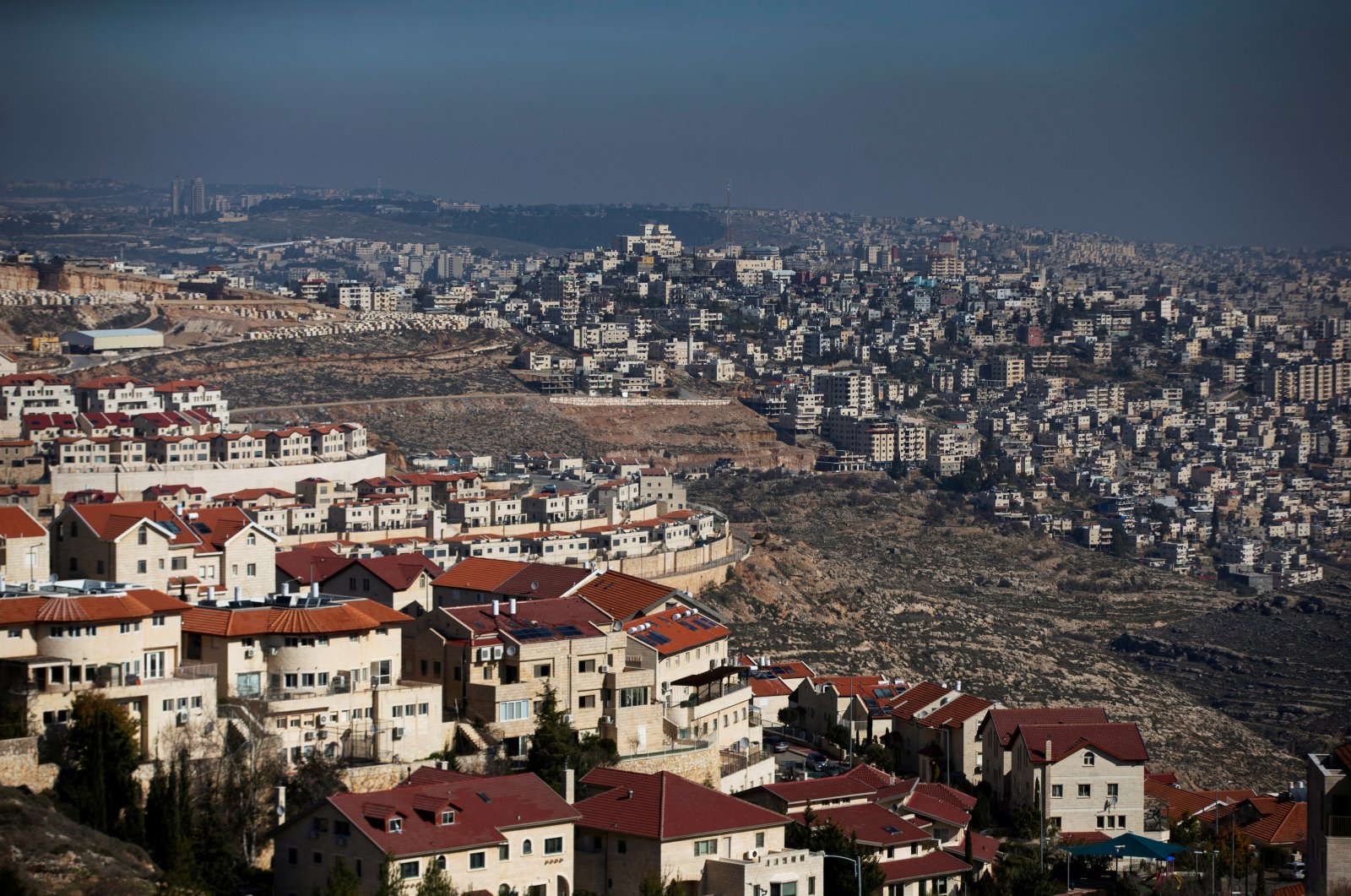 A general view picture shows the Israeli settlement of Efrat (L) in the Gush Etzion settlement block as Bethlehem is seen in the background, in the Israeli-occupied West Bank, January 28, 2020. (REUTERS Photo)
by DAILY SABAH May 07, 2020 11:56 am
RECOMMENDED

Releasing a written statement, the foreign ministry said: “We once again fiercely reject Israel’s this initiative which violates international law, particularly decisions taken by the United Nations. We reiterate that we will continue siding with the Palestinian people and Palestine’s right cause.”

Israeli Defense Minister Naftali Bennett on Wednesday issued building permits for 7,000 new homes for a settlement near Bethlehem in the occupied West Bank, sparking Palestinian condemnation. He announced he had "approved the construction of thousands of new housing units" in the Efrat settlement near the city. The ministry indicated the land would allow the creation of a new neighborhood called Givat Eitam.

"Construction momentum should not be stopped for a moment," Bennet said.

The statement by the Turkish Foreign Ministry added that Bennett’s remarks are the latest example of Israel’s reckless behavior, which does not recognize the law.

Underlining that the world has been going through a sensitive period when peace and stability are needed more than ever, the ministry said that Israel continues to seize Palestinian people’s rights for the sake of domestic politics and keeps deepening its invasion and oppression policies every passing day.

It also stressed the importance of ending Israel’s illegitimate practices of expanding illegal settlements for the establishment of peace, stability and security in the region.

Prime Minister Benjamin Netanyahu and his former rival Benny Gantz have agreed to form a unity government that will see Netanyahu stay as premier for 18 months, after which Gantz is meant to take over for an equivalent period. While Netanyahu is in power, centrist Gantz is expected to serve as defense minister, replacing Bennett.

Brian Reeves, from the anti-settlement Israeli nongovernmental organization Peace Now, said Bennett's decision meant the building process was "in motion" even if Gantz, who is less supportive of settlement expansion, takes over.

The project, which would further squeeze the already restricted city of Bethlehem, still has to pass through the Israeli housing ministry and could also be challenged in the courts, Reeves added.

Since U.S. President Donald Trump came to power in 2017, the U.S. government has ceased to criticize Israeli settlement expansion and has supported proposals to annex parts of the West Bank.

"This is an outrageous exploitation of the COVID-19 global pandemic to advance the illegal settler project," senior PLO official Hanan Ashrawi said in a statement.

Over the past decade, the population in Jewish settlements in the West Bank has increased 50%, according to official data from Israeli authorities.

The international community regards all Israeli settlements in occupied Palestinian territories to be illegal and a major obstacle to Middle East peace. Israel occupied the West Bank in the 1967 Six-Day War, and hundreds of thousands of Jewish-Israelis are now living in the territory, which is claimed by Palestinians for their future state. Netanyahu has repeatedly promised that Jewish West Bank settlements will be "part of the state of Israel" and that none will be evacuated in any kind of agreement with Palestinians. With peace efforts stalled and little hope for an independent state anytime soon, the Palestinians who remain in the occupied territories are left to endure an uncertain future.

In February, a U.S.-Israeli team began to develop a "precise map" of parts to annex in the West Bank. On Jan. 28, Trump unveiled what Netanyahu called "the deal of the century" in an effort to end one of the longest-running disputes in the Middle East. Under the plan, U.S. President Donald Trump proposed a patchwork Palestinian state boxed in by illegal Israeli settlements, as well as recognition of Israeli sovereignty over the West Bank and Jerusalem as Israel's "undivided capital." His plan unilaterally annuls previous U.N. resolutions on the Palestinian issue and suggests giving Israel almost everything it has demanded.