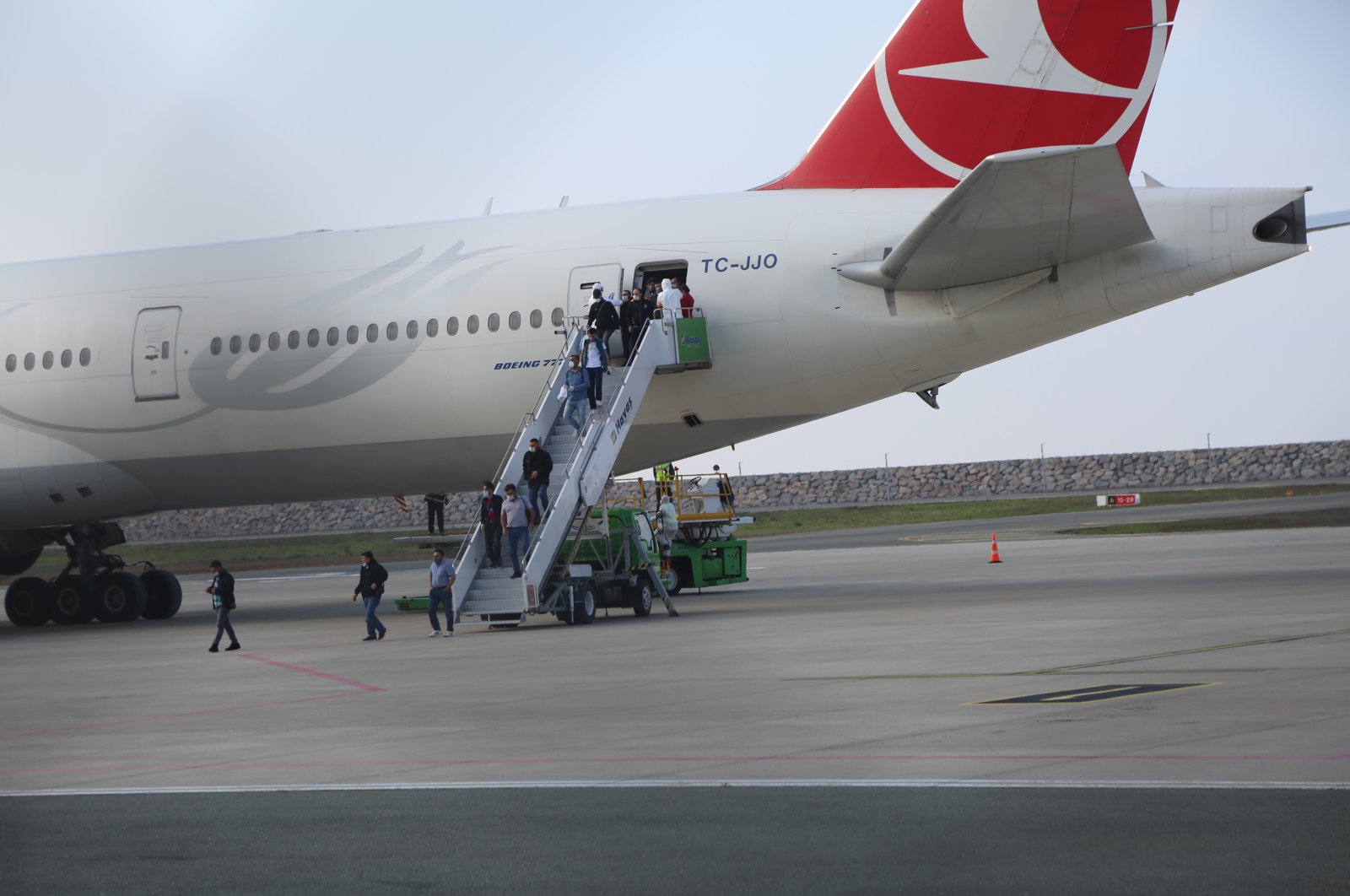 Turkey has evacuated more than 20,000 of its citizens from 50 countries since the coronavirus started to spread across the world. Now it is preparing to evacuate an additional 1,200 Turkish nationals from Algeria.

According to the Turkish Foreign Ministry, the evacuation process started Thursday and will be completed by the end of this week. Around 1,700 Algerian citizens in Turkey will also be transferred to their country simultaneously.

As a part of the evacuation process, three airplanes belonging to an Algerian airline will carry 555 Turkish citizens to Samsun province, on the Black Sea coast of Turkey, and it will take Algerian citizens in Karabük back home.

Turkish citizens coming from Algeria will be quarantined for 14 days in Samsun, Amasya and Tokat provinces while the rest of them will continue to be evacuated through the weekend.

On Thursday, the Algerian Transport Ministry said 1,788 citizens who are stranded in Turkey, will be brought back via Air Algeria and Turkish Airlines between April 3-5.

Speaking to Daily Sabah, Turkey's ambassador to Algeria Mahinur Özdemir Göktaş stated: "On March 18, a decision was made to close Algerian airspace to all international flights. Algerians in Turkey could not return to their country just as our citizens in Algeria could not return to Turkey. Therefore, more than 1,700 Algerians have been our guests in Karabük. Finally, with the initiatives of both countries' presidents, a reciprocal evacuation opportunity emerged. With the cooperation of both countries, we saw nice results."

“Some 550 of our citizens today and around 1,000 tomorrow will arrive in Turkey and rejoin their families after a quarantine of 14 days. In order to respond to the needs of our citizens that live abroad in these difficult times, a 24/7 coordination and support center was established under our Foreign Ministry. We thank our Foreign Ministry, ministry officials, Turkish Airlines and especially our president in making the evacuation real,” Göktaş added.

The evacuations are being carried out under the coordination of Turkey's Vice President Fuat Oktay. The foreign, interior, health and transport and infrastructure ministries have been in cooperation for the evacuation.

Turkey has suspended all of Turkish Airlines' international flights for an indefinite period as of March 27th including those to New York and many European destinations.

Turkey first started to evacuate its citizens from China's coronavirus-hit Wuhan city on Jan. 29, followed by Iran in February.

Meanwhile, "Our second aircraft carrying our citizens who want to return from Kuwait to Turkey will take off soon," Ayşe Hilal Sayan Koytak, Turkey's ambassador to Kuwait, said on Twitter Friday. She said Thursday that the first airplane carried students and laborers to Turkey.

Turkey has 18,135 confirmed COVID-19 cases so far, while the death toll is at 356, according to government figures.

After first appearing in Wuhan, China, in December, the novel coronavirus has spread to at least 181 countries and regions.