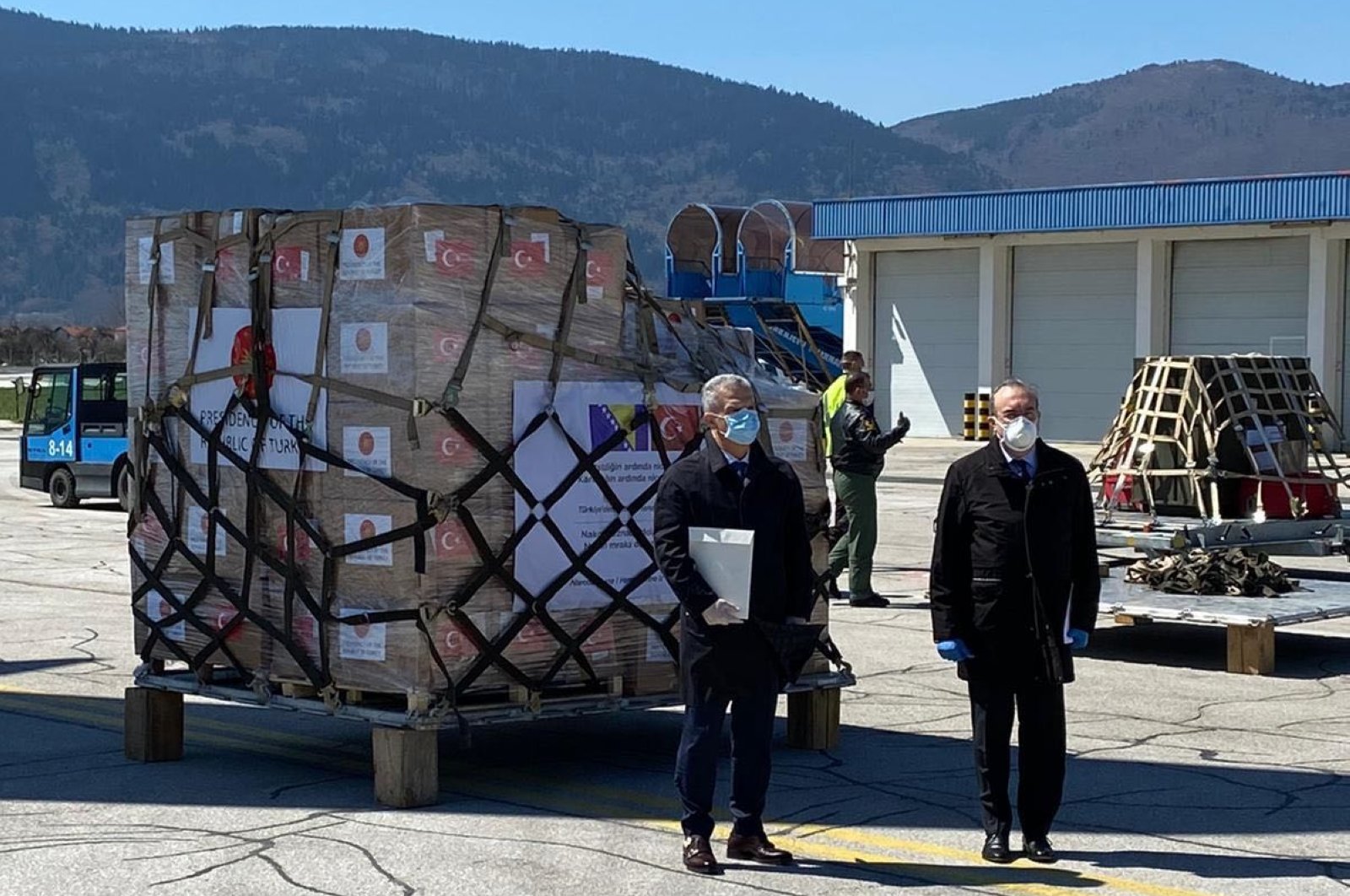 Images and footage from the Sarajevo Airport (Courtesy of the Directorate of Communications)
by DAILY SABAH Apr 08, 2020 4:15 pm
Edited By Emre Başaran
RECOMMENDED

As countries across the globe strive to combat the spread of the coronavirus, focused mainly on their own domestic problems, Turkey has organized efforts to aid several countries in severe need of medical equipment, especially in the Balkans.

Balkan countries, including Serbia, North Macedonia, Kosovo and Bulgaria, have hailed Turkey for its efforts, noting that this level of support was not received from other countries nor from the European Union.

Eighty-eight countries have requested medical equipment from Turkey in the fight against the coronavirus pandemic, Health Minister Fahrettin Koca said last week. Accordingly, Turkey has engaged in efforts to respond to the needs of nearly 30 countries.

Erdoğan in a letter to his Serbian counterpart Aleksandar Vucic expressed Turkey's support for Serbia in the fight against the coronavirus pandemic.

"I am convinced that the active measures you have taken since day one of fighting the COVID-19 pandemic will help to master this crisis with the least possible losses," Erdoğan told Vucic, according to the Serbian Presidency.

On March 21, Bulgarian Defense Minister Krasimir Donchev Karakachanov thanked Turkey for providing assistance during the coronavirus pandemic, as he criticized the European Union for failing to help.

Karakachanov said Turkey had been providing necessary materials in the fight against COVID-19, but that European countries had not sent “a single mask.”

Kosovo's President Hashim Thaci on March 19 also sought help from Turkey to mitigate the spread of the new coronavirus.

"Kosovo enjoys Turkey's operational and logistical assistance in efforts to defeat COVID-19. Immensely grateful to Turkey and President Erdoğan for the support," Thaci said on Twitter.

After first appearing in Wuhan, China, last December, the virus has spread to at least 184 countries and territories. The World Health Organization (WHO) has declared the outbreak a pandemic.