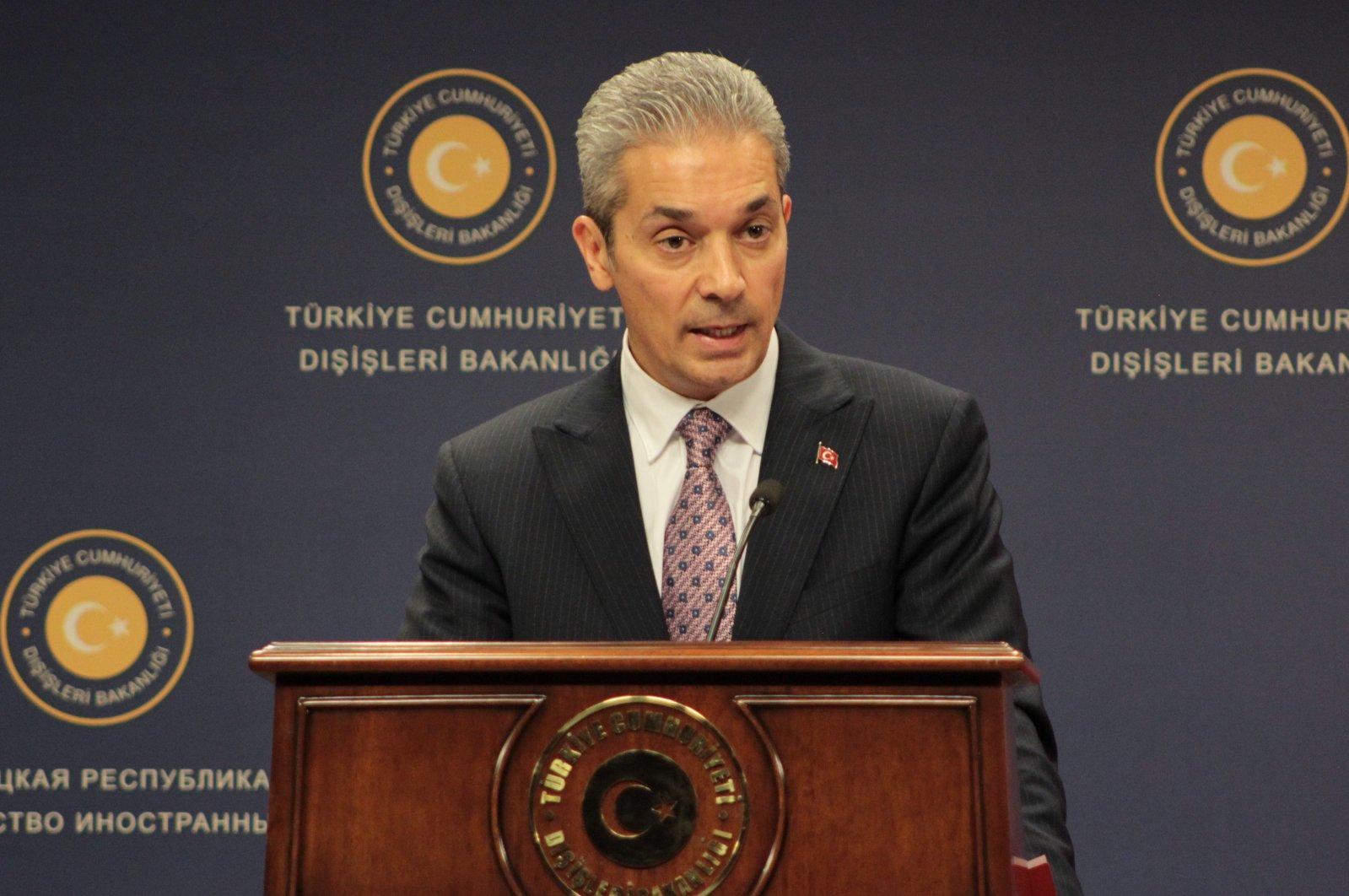 After Armenia's provocative statement about the Treaty of Sevres, its opinion on the Eastern Mediterranean is "a new example of irresponsibility and without limits," Aksoy added.

Aksoy said it reveals "the insidious alliance against Turkey that landlocked Armenia thinks it has the right to speak on the region," after the United Arab Emirates (UAE) and France.

"No matter what happens, Turkey will protect its rights and the rights of Turkish Cypriots in the Eastern Mediterranean stemming from international law. No alliance of evil can afford to prevent that. Those who think otherwise have not learned anything from history," he added.

He also stressed that Turkey stands by its brother Azerbaijan by all means.

Armenia’s Foreign Ministry issued a statement Saturday saying that it is “carefully watching” the latest developments in the Aegean Sea and Eastern Mediterranean.

Tensions have been mounting in the region after Greece's controversial new maritime pact with Egypt. Greek defense sources announced joint military drills Thursday in the Eastern Mediterranean along with France, which has sought to hem in Turkey's maritime territory.