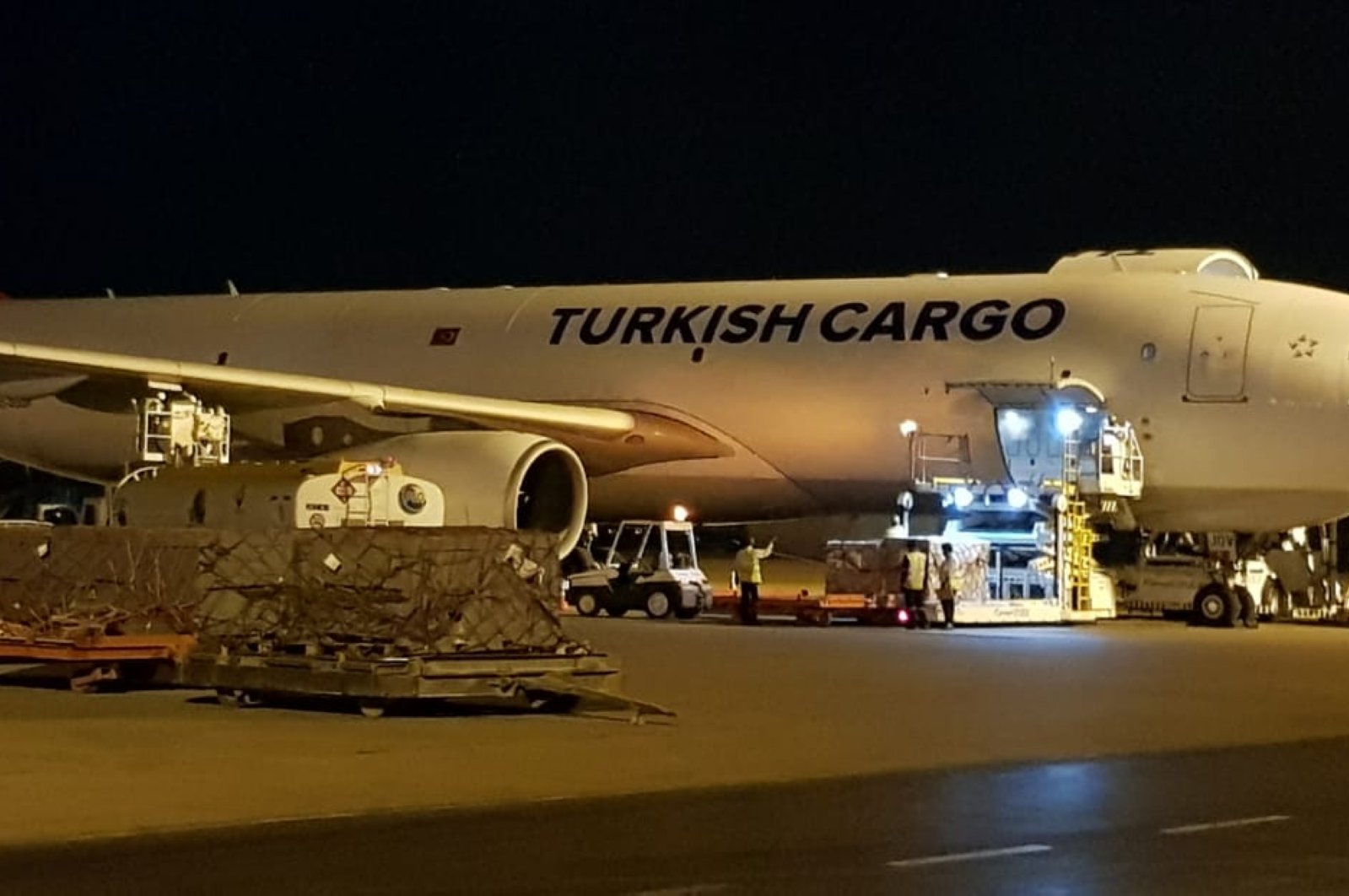 Turkey has sent a second batch of medical supplies for the fight against the coronavirus outbreak to Pakistan's Karachi province, April 28, 2020. (AA Photo)
by DAILY SABAH WITH AA Apr 28, 2020 12:37 pm
Edited By Dilara Aslan

Turkey delivered a second batch of medical supplies to Pakistan on Tuesday to support its fight against COVID-19.

The supplies were brought to Karachi on a special Turkish Airlines cargo flight and handed over to Pakistani authorities by Murat Erkol, the acting Turkish consul general in the southern port city, according to a statement.

"Early this morning, medical aid from Turkey, which consists of 108,000 surgical masks and 31,500 sets of protective suits, were delivered to the National Disaster Management Authority (NDMA) for the fight against COVID-19," read the statement issued by the Turkish consulate.

Pakistan, one of the worst-hit countries in South Asia, has reported 301 deaths and over 14,000 COVID-19 cases so far.

Turkey has received requests from 100 countries and has delivered aid to at least 57 countries so far to help them fight the coronavirus outbreak, including those badly hit by the virus such as the United Kingdom, Italy and Spain.

After originating in Wuhan, China last December, the virus has spread to at least 185 countries and regions across the world, with Europe and the U.S. now being the worst-hit regions.