Turkey dismisses Egypt's accusations over its role in Libya conflict 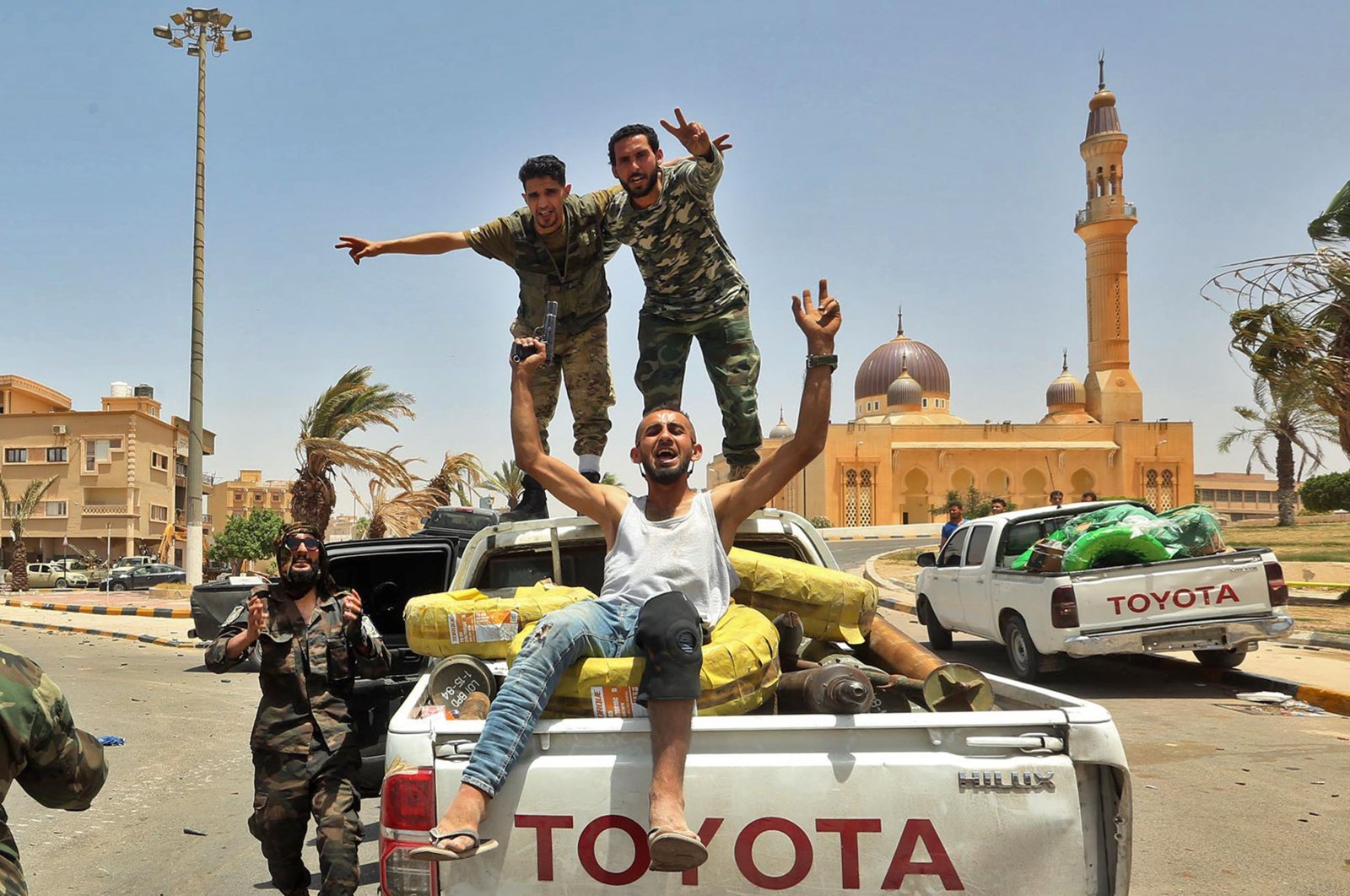 Fighters loyal to Libya's U.N.-recognized Government of National Accord (GNA) pose for a picture in the back of a pickup truck in the town of Tarhona, 65 kilometers southeast of the capital Tripoli, June 5, 2020 (AFP Photo)
by Agencies Jun 06, 2020 5:36 pm
RECOMMENDED

"We reject the unfounded accusations of Egyptian Foreign Minister Sameh Shoukry against Turkey within the context of Libya in the meeting of the Foreign Ministers of the Global Coalition to Defeat DAESH/ISIS Small Group on June 4, 2020," ministry spokesman Hami Aksoy said.

"In fact, Turkish Deputy Foreign Minister Ambassador Sedat Önal gave the necessary response to the Egyptian foreign minister during the meeting," he added.

Aksoy said putschist Gen. Khalifa Haftar and his allies including the Egyptian administration are the real obstacles to peace in Libya, with their attempts to overthrow the legitimate government and establishing an authoritarian regime.

"It is not surprising that those who have taken over their administration by a coup support a putschist. Egypt's yearslong military support to putschist Haftar constitutes a clear violation of the relevant U.N. Security Council resolutions," Aksoy added.

Turkey, on the other hand, is the only country which has neutralized thousands of Daesh terrorists in Syria, he said.

He concluded that Turkey will continue backing the legitimate government in Libya and pursue relevant U.N. resolutions.

Haftar has been waging a campaign for over a year to try to capture the capital, Tripoli. The military tide has been reversed in recent weeks with his forces losing several strategic spots in western Libya. Haftar's offensive left more than 1,000 people dead. The government launched Operation Peace Storm in March to counter attacks on the capital Tripoli and recently regained strategic locations, including the al-Watiya airbase and Tarhuna, which is viewed as a significant blow to Haftar's forces.