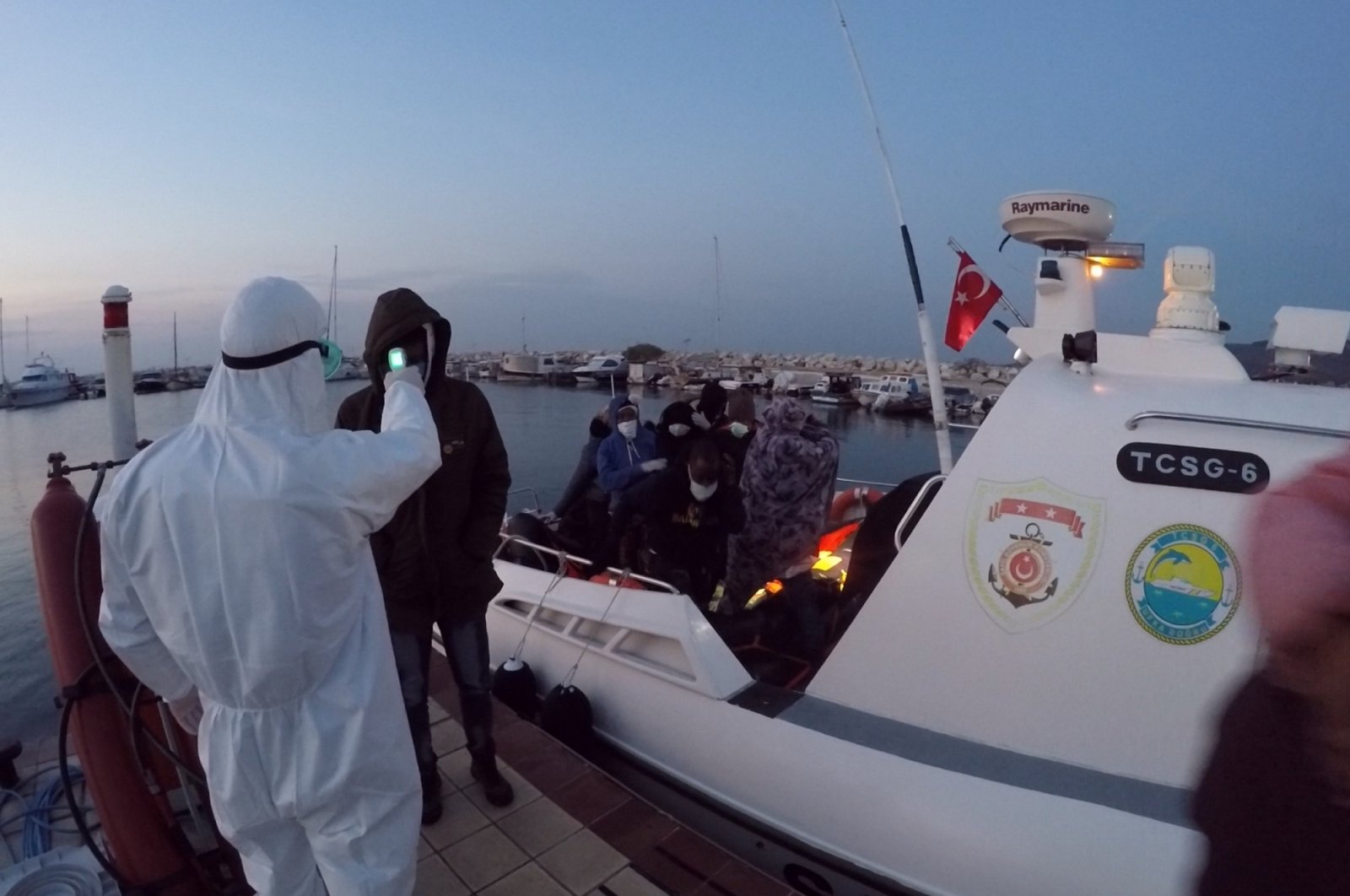 A statement by the command said a boat was dispatched for the group of irregular migrants upon their request for help Wednesday.

"However, it was detected by the Turkish Coast Guard boat, which arrived at the scene of the incident at 05:10 a.m. (0210 GMT), that the migrants' boat in question was within the Greek waters," it added.

Stating that a Greek Coast Guard vessel was close by, a call for help was made but no response was received.

"Nevertheless, Turkish assets continued to stay and wait within the Turkish territorial waters until 05:50 a.m. (0220 GMT) so as to be ready for any emergency case," it added.

"Respecting the principles of human rights and laws, Turkish Coast Guard Command is always ready, 7 days 24 hours to help anyone who is in distress/in need of any help at sea."

Separately, İsmail Çataklı, deputy interior minister, said on Twitter: "Greece is trying to cover up crimes with false information from the Migration Minister causing deaths in the Aegean Sea with inhumane practices."

Turkey and Greece have been key transit points for migrants aiming to cross into Europe, fleeing war and persecution to start new lives. Turkey has accused Greece of large-scale pushbacks and summary deportations without access to asylum procedures, which is a violation of international law. It also accuses the EU of turning a blind eye to what it says is a blatant abuse of human rights.