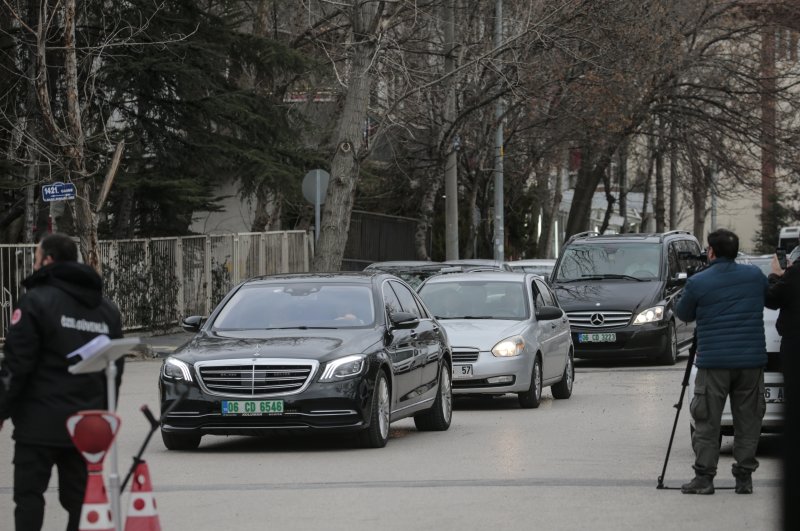 Russian delegation arriving at the campus of the Foreign Ministry (AA Photo)
by Daily Sabah with AA Feb 27, 2020 8:37 pm
RECOMMENDED

The two delegations discussed the latest developments in Syria in a three-and-a-half-hour meeting in Ankara Thursday.

“In the meeting, the situation in Idlib was discussed to the smallest detail. Turkey has emphasized the importance of proper implementation of the Sochi deal to prevent a mass influx and a humanitarian disaster,” the statement added.

Idlib, near Turkey's southern border, falls within a de-escalation zone laid out in the Sochi deal, reached between Turkey and Russia in late 2018.

The Syrian regime and its allies, however, have consistently broken the terms of the cease-fire, launching frequent attacks inside the territory where acts of aggression are expressly prohibited.

The de-escalation zone is currently home to 4 million civilians, including hundreds of thousands displaced in recent years due to regime attacks across the war-torn country.

Turkey has called for an immediate halt to the attacks on Idlib, and for the cease-fire to be respected while inviting the international community to take action.