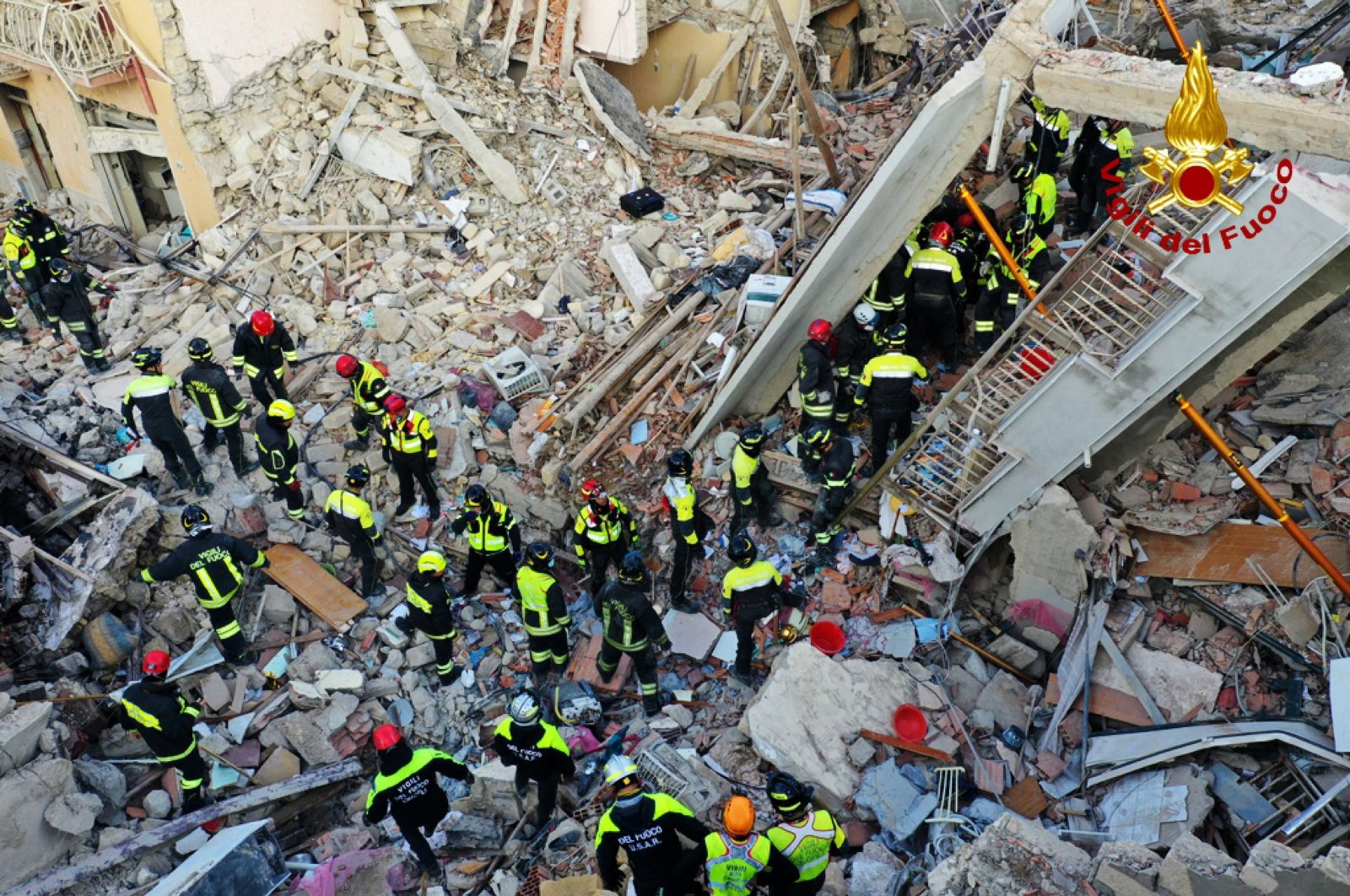 Turkey extended condolences after a powerful gas explosion on Saturday in the Sicilian village of Ravanusa killed at least three people and injured several more, with six people still unaccounted for.

The Italian media reported that four homes collapsed and three more were damaged due to the explosion, which is suspected of being caused by a gas leak.

"It has been learned with sadness that several buildings collapsed or were damaged due to a natural gas explosion in the town of Ravanusa on the Italian island of Sicily and that search and rescue efforts are continuing," the Turkish Foreign Ministry said in a statement on Sunday.

Video footage by the fire department showed debris from a distance, mounds of dust and rubble, and fires repeatedly flaring up. Sniffer dogs were used to search for the missing and dead, all of whom are believed to be from the same family.