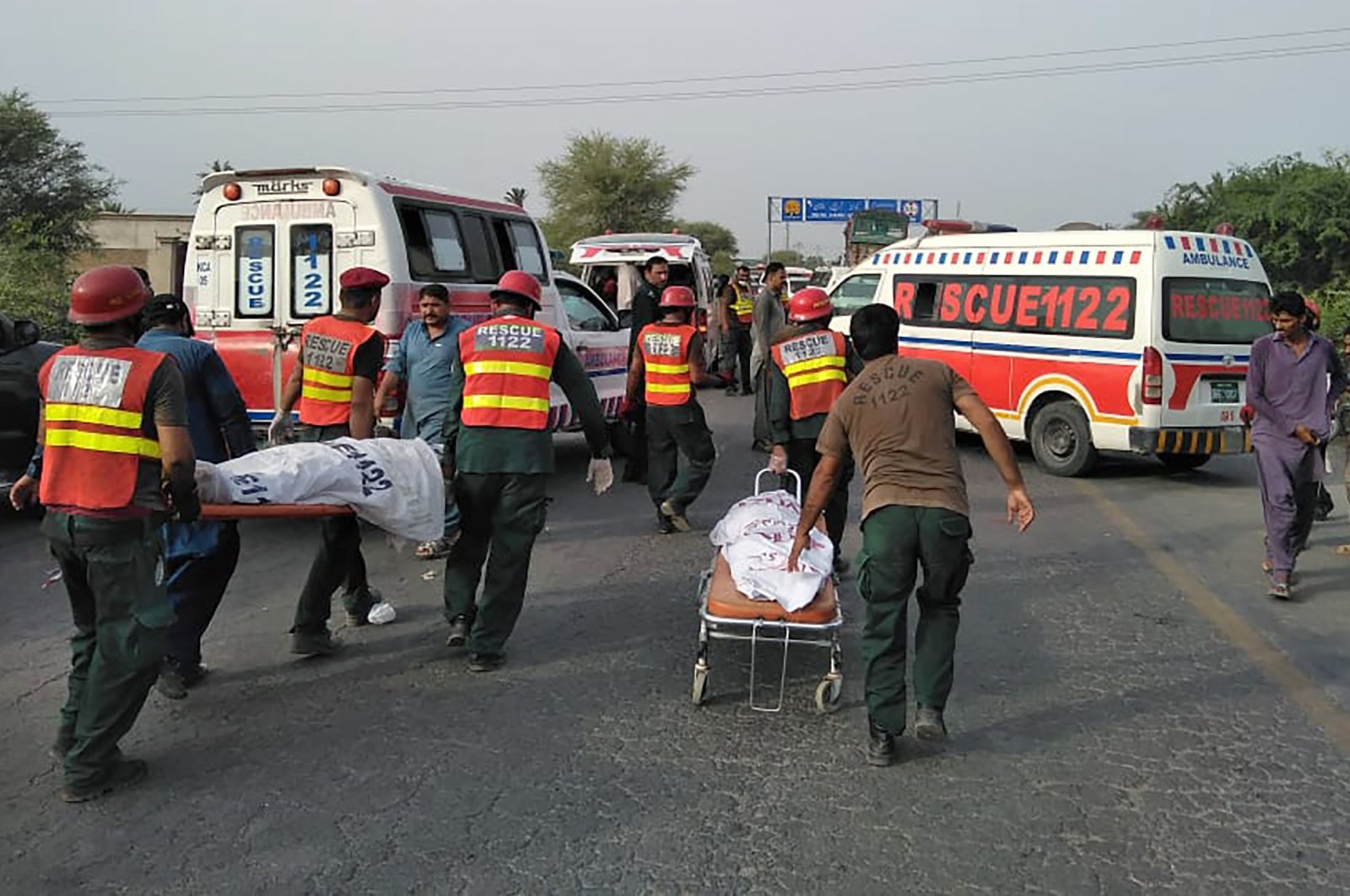 Turkey's Foreign Minister Mevlüt Çavuşoğlu extended condolences to the people of Pakistan after a fatal traffic collision on Monday.

"Learned with deep sorrow that many Pakistani brothers and sisters passed away in a bus accident in Punjab (northeastern province of Pakistan)," Çavuşoğlu wrote on Twitter.

"I wish Allah's mercy to those who lost their lives, a speedy recovery to the injured and condolences to the brotherly people of Pakistan," he said.

Early Monday, a bus collided with a container truck, killing at least 27 people and injuring 40, according to Pakistani officials.