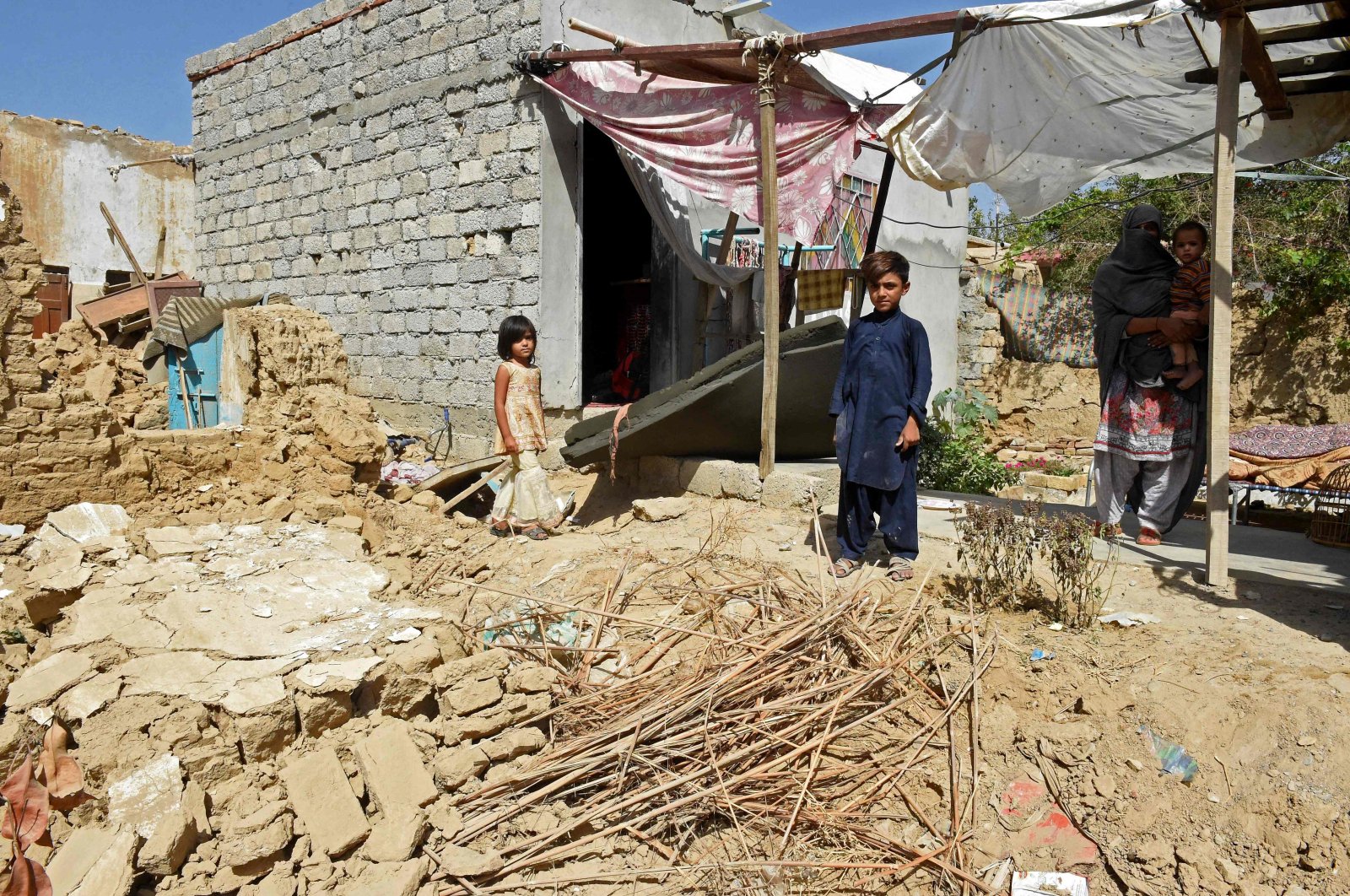 A woman and her children stand beside their collapsed mudbrick house following an earthquake in the remote mountainous district of Harnai early on Oct. 7, 2021, southwestern Pakistan. (AFP Photo)
by Anadolu Agency
Oct 07, 2021 1:43 pm

Turkey extended condolences to Pakistan Thursday for the earthquake that hit the southwest of the country causing the deaths of at least 20 people.

"We received the news with deep sorrow that a magnitude 5.9 earthquake that occurred in the Baluchistan Province of Pakistan claimed lives, left many injured and caused damage to property," the Foreign Ministry said in a written statement.

"We extend our condolences foremost to the families of those who lost their lives, as well as to the friendly government and brotherly nation of Pakistan; wishing a swift recovery to the injured and reiterate that, as always, Turkey stands ready to provide every kind of assistance," the statement added.

At least 20 people died, over 200 others were injured after a magnitude 5.7 earthquake shook southern Pakistan early Thursday, according to officials.

Many of the victims died when roofs and walls collapsed after the quake struck in the Balochistan province, with a power cut forcing health workers to treat the injured using flashlights.

The worst affected area was the remote mountainous city of Harnai, where a lack of paved roads, electricity and mobile phone coverage hampered rescuers.